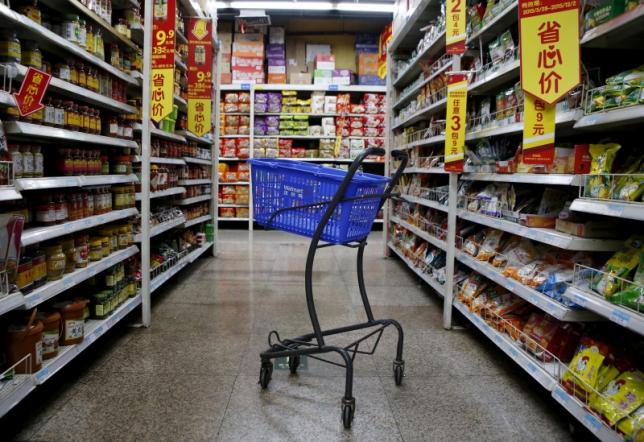 OUR Walmart and the Wal-Mart Chinese Workers Association (WCWA) discussed strategy for recent strikes in China on a Skype call last month using a translator, both groups told Reuters.

“They asked for our support,” said Cantare Davunt, OUR Wal-Mart’s leader from Minnesota, who participated in the Skype call.

[…] The U.S. and China groups are discussing joint strategies to address challenges that workers in both countries face, including work schedule changes, Schlademan said.

Such international collaborations are rare, especially in China, said Nelson Lichtenstein, director of the Center for the Study of Work, Labor and Democracy at the University of California in Santa Barbara.

“Large American unions have supported labor movements in a few parts of the world over the years but not in China, so this is out of the ordinary,” he said.

[…] OUR Walmart plans to talk again to the WCWA after the strikes and the two groups want to meet in person, said Schlademan. [Source]

Walmart workers in US show solidarity with workers on strike in China 美国沃尔玛工人支持正在罢工的中国沃尔玛工人 https://t.co/L5tH8ebYwApic.twitter.com/PjD70qtETF

Workers at each of four Walmart stores in Nanchang, Chengdu and Harbin were involved in the strikes. At Alternet, labor politics researcher Kevin Lin writes that the presence of the WCWA and their use of social media played important roles in helping workers coordinate strikes across multiple cities. The strikes have since ended after Walmart agreed to consider the workers’ demands.

Many of the organizers have coalesced around a loose network, “Walmart Chinese Workers’ Association,” established in 2014 by two former Walmart workers, Zhou and Chen (not his real name). The Association sprang from workers’ frustration with the existing store unions that don’t represent them well.

[…] The Walmart organizers have been greatly aided by social media, using chatting apps to reach thousands of workers, exchange ideas, and boost morale; this practice is very common in labor organizing in China.

“We have 20-30 online discussion groups, of which about 10 groups have reached the full capacity of 500 participants and many other groups have between 200 and 400 workers,” explains Fang (not her real name), a current Walmart worker.

“These workers are from all over the country,” Fang says. “Organizers are communicating with workers and responding to their questions in the discussion groups. We also have a team of lawyers and experienced older workers to interact with workers.” [Source]

Although Walmart stores in China have been unionized as early as 2006, these unions are seen as ineffective as they have not been strong advocates for the rights of their members. Zhao Yusha at Global Times reports:

Xinhuanet reported that 91.9 percent of the top 500 companies in China have today established their own unions. The majority of foreign-owned companies in Shanghai have unions, an employee in Shanghai Federation of Trade Unions, confirmed with the Global Times.

“The problem is that unions in China more focus more on stabilizing workers rather than protecting their rights,” said Wang.

“Few Wal-Mart labor unions were willing to speak for workers before. Now the presidents of Wal-Mart’s unions are not selected by workers, but are appointed by the managers instead,” said Zhang.

Chinese trade union laws stipulate that unions should safeguard the rights of workers and should be formed by the working classes of their own free will.

“China does not have punitive measures for  enterprises who do not obey the law,” said Liu Junhai, a member of the ACFTU’s law counsel.

“Governments love these foreign companies which can boost local GDP growth, so they could not care less about their labor unions,” Liu added. [Source]

China’s slowing economy has led to an increase in worker strikes and protests in recent years. The government has responded to worker demonstrations with a heavy hand by publicly shaming and jailing protestors. In addition to strikes in the retail sector, data from China Labour Bulletin shows that labour unrest is on the rise in a number of other sectors such as construction and transport.

[…] Construction worker protests accounted for 40 percent of all incidents in this period but that figure was slightly distorted by the traditional surge in demands for payment of wages in arrears in the run-up to the Lunar New Year holiday.

More significant was the increase in transport strikes with 205 incidents in the first half of 2016 compared with 127 in the same period last year. More intense competition from ride-hailing apps has put huge pressure on traditional taxi drivers, who were responsible for about 85 percent of all transport strikes and protests in the first half of 2016.

The number of strikes by miners almost doubled from 41 in the first half of last year to 74 this year, reflecting the continued downturn in the mining industry and the prospect of around one million miners losing their jobs over the next few years. [Source]

The increase in worker strikes is part of a broader workers’ resistance that has emerged in China in the last several years. At Jacobin Magazine, a group of students, workers, and activists recorded the stories of Chinese workers that detail the development of this resistance movement. See also the latest issue of Made In China for a comprehensive summary of recent labor protests in China with specific reference to the struggles of Chinese Walmart workers.

Elsewhere, Dexter Roberts at Bloomberg writes that a growing number of migrants in China’s factory towns are beginning to return to their rural villages to set up businesses of their own:

Many of the migrants who moved to Shenzhen and other Chinese factory towns to work have pulled up stakes to go back home for good. One destination is Binghuacun (population 968) in the interior province of Guizhou, more than 670 kilometers (416 miles) away.

Mo Wangqing left Binghuacun at 18 to toil in the coastal factories, making everything from electronics components to wall paneling. Now 36, he returned a year ago. Factory jobs on the coast were drying up, and he sensed opportunity in his home village. A push to develop interior China had brought high-speed rail and expressways to Guizhou, helping spur economic growth. When Mo saw locals running a fish farm near the factory where he worked in Guangxi province, “I decided I wanted to start one, too,” he says. “I knew that the water was so much cleaner and better here in Guizhou—good for raising fish.” Now that he’s launched his fish farm, he plans to open a restaurant in Binghuacun featuring his mountain-farmed fish. He expects tourists to flock to this out-of-the-way place surrounded by steep mountains and rushing rivers.

“Before, we relied on planting rice, corn, and peppers and remittances from our young people who went out to find work,” says Mo Bochun, a village official sitting in the local party service center under a huge poster portraying Marx, Engels, Lenin, Stalin, Mao, and Deng Xiaoping, set above images of President Xi Jinping and his two predecessors, Jiang Zemin and Hu Jintao. “Now our migrants are coming back with new skills,” such as a knowledge of computers, he says. [Source]