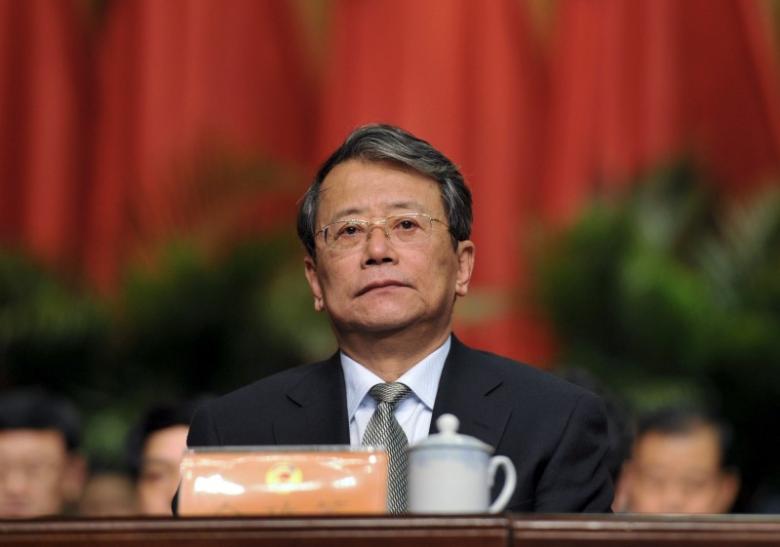 Ling Zhengce, the former vice-chairman of the Shanxi People’s  Political Consultative Conference, has been charged with accepting bribes amid Xi Jinping’s ongoing crackdown on Party corruption. Ling is the elder brother of Ling Jihua, once a top aide to former President who was sentenced to life in prison in July. An investigation into Ling Zhengce was announced in 2014, and he was expelled from the Party in August of last year. At Reuters, Paul Carsten and Ben Blanchard report:

The elder Ling used his political positions to seek benefits for others, including illegitimate gains, and illegally accepted large assets from others, the Chinese supreme court alleged in a statement on its website.

Ling will be tried in the city of Changzhou in the eastern province of Jiangsu, it said.

[…] Vice Premier Ma Kai last year described the corruption problem in Shanxi as “like a cancer”. As one of China’s top coal producing provinces, its economy boomed on the back of soaring energy demand over the past decade, one of the reasons state media has given for its corruption problem.

In January, China acknowledged for the first time that it is communicating with the United States about Ling Wancheng, a third brother. The government has given no details of any crime in which Ling is suspected, and he has not appeared on any wanted lists. [Source]

The youngest brother, Ling Wancheng, “may have knowledge of more government secrets than anyone who has fled China since 1949” according to Mingjing News founder Ho Pin. The U.S and China have no extradition treaty, and some believe that the younger Ling may be too valuable to turn over to Beijing.

Xinhua reports that Ling Zhengce is one of three former high officials to face new charges, another of whom, Chen Chuanping, is also from Shanxi:

[…] Chen, former Party chief of Taiyuan, capital of Shanxi, took advantage of official posts to seek benefits for others and illegally accept money and other goods, and he abused his power and caused especially great losses to the country when he served as head of a state-owned steel group in Taiyuan, the Xuzhou City People’s Procuratorate, also in Jiangsu, said in the indictment.

Sun, former vice minister of the State Administration for Industry & Commerce, took advantage of his official posts to seek benefits for others and illegally accept huge amount of money and other goods, Tai’an city People’s Procuratorate in Shandong Province said in a statement.

Coverage from the South China Morning Post notes that seven provincial leaders and dozens of  lower-level officials from Shanxi have been detained amid corruption probes in recent years.

Read more about Xi Jinping’s anti-corruption drive, including the recent announcement of an investigation into Tianjin mayor and Party chief Huang Xingguo, and analysis of how the campaign may be at least partly motivated by Xi’s desire to consolidate power, via CDT.