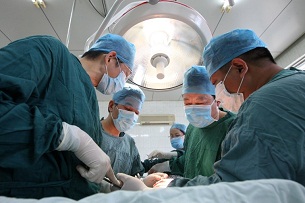 In 2013, after years of policy adjustment and the conclusion of a pilot program, China began an overhaul of its organ transplant system, which had long been criticized for its reliance on organs harvested from executed prisoners. The following year, the Ministry of Health set a January 1, 2015 deadline for the end of the controversial practice. Since the passing of that deadline, there have been multiple reports that China’s system still relies heavily on death row extractions. In 2015, after the New York Times’ Didi Kirsten Tatlow filed one such report, Dr. Huang Jiefu—a health official in charge of the overhaul—denied the allegations; months later though, a separate report claimed that China’s system was still relying heavily on prisoners.

This week, controversy was stirred by the Vatican’s inviting Dr. Huang Jiefu to participate in a conference on human organ trafficking amid widespread belief that China continues to harvest prisoners’ organs. The New York Times’ Tatlow reports:

In a letter to the Pontifical Academy of Sciences in Rome, where the two-day Summit on Organ Trafficking and Transplant Tourism began on Tuesday, 11 ethicists wrote: “Our concern is with the harvesting and trafficking of organs from executed prisoners in China.”

[…] “We urge the summit to consider the plight of incarcerated prisoners in China who are treated as expendable human organ banks,” wrote the 11 signatories, who included Wendy Rogers of Macquarie University in Australia; Arthur Caplan of the New York University Langone Medical Center; David Matas and David Kilgour, both Canadian human rights lawyers [and co-authors of the 2016 study criticizing China’s system]; and Enver Tohti, a former surgeon from the western Chinese region of Xinjiang.

[…] In their letter, the ethicists also argued that there was no evidence that China had ended the practice of taking organs from executed prisoners, which they said included prisoners of conscience.

“On the contrary, there is evidence that it continues,” they wrote. “Officials from China should not be given the prestigious platform of the Pontifical Academy of Sciences to spread misinformation about reform in China.” [Source]

Huang Jiefu did attend the conference, and the Vatican issued a defense of their decision to invite him. This comes as Pope Francis has been working hard to repair long fractured relations between China and the Holy See, to mixed reception from Catholics worldwide. Ahead of the conference, The Guardian’s Stephanie Kirchgaessner reports on the defense, and relays critique from Amnesty International, an organization that has long been advocating for an end to the controversial practice in China.

In his response to Rogers’ letter, which was obtained by the Guardian, Marcelo Sánchez Sorondo, an Argentine bishop and chancellor of the Pontifical Academy of Sciences, said the conference was meant to be an “academic exercise and not a reprise of contentious political assertions”.

[…] Nicholas Bequelin, regional director for East Asia for Amnesty International, said it was known at the time that the vast majority of organ transplants in China came from executed prisoners. The number of prisoners China executes every year is a state secret, but Bequelin said estimates ranged from 3,000 to 7,000 people annually.

Bequelin said experts had cast doubt on Huang’s claims that China had outlawed the practice, in large part because the country is yet to develop an effective national donor programme of willing participants.

“They haven’t stopped the practice and won’t stop. They have a need for organ transplants that far outpace the availability of organs,” Bequelin said. [Source]

More on the Vatican’s defense of their decision from the AP:

Monsignor Marcelo Sanchez Sorondo, chancellor of the Pontifical Academy of Sciences, said there was no way to know if China is still harvesting organs from executed prisoners. But he said Tuesday the Vatican wanted to strengthen reformers in China, which has declared that the practice ended in 2015.

[…] “We believe truly that they want to change, and that they are changing,” he said. [Source]

Yesterday, The Guardian’s Kirchgaessner reported that Huang Jiefu admitted on the sidelines of the summit that, despite the illegality of prisoner organ use, some does inevitably occur. Experts, however, suspect the Chinese health official’s statement was disingenuous:

“There is zero tolerance. However, China is a big country with a 1.3 billion population so I am sure, definitely, there is some violation of the law,” he [Huang] told reporters at a conference in Rome.

[…] But experts have questioned Huang’s assessment of the situation, saying China probably still systematically uses the organs of executed prisoners in order to meet an overwhelming demand.

[…] The Vatican has released new bioethics rules that say organ transplantation must involve the free consent of living donors or their representatives and that in ascertaining the death of a donor, it must be diagnosed with certainty, especially when a child is involved. [Source]

The Guardian’s Melissa Davey, meanwhile, reports that the medical journal Liver International has announced plans to retract a scientific paper by Chinese surgeons due to concern that the livers used in the research had been extracted from executed prisoners. The report also quotes Wendy Rogers, the Macquerie University professor who co-authored the letter protesting Huang’s inclusion in the Vatican conference, further explaining researchers’ doubts over the claim that the systematic use of prisoners’ organs has come to an end:

According to the study authors, “all organs were procured from donors after cardiac death and no allografts [organs and tissue] obtained from executed prisoners were used”.

But Wendy Rogers, a professor of clinical ethics at Macquarie University in Sydney, said it was impossible for one hospital to have obtained so many useable livers in a four-year period from cardiac deaths alone.

[…] “Given that there were only 2,326 reported voluntary donations in the whole of China during 2011–2014, it is implausible that this small pool could have resulted in 564 livers successfully retrieved … unless the surgeons there had exclusive access to at least 80% of all voluntary donors across the whole of China in this period.”