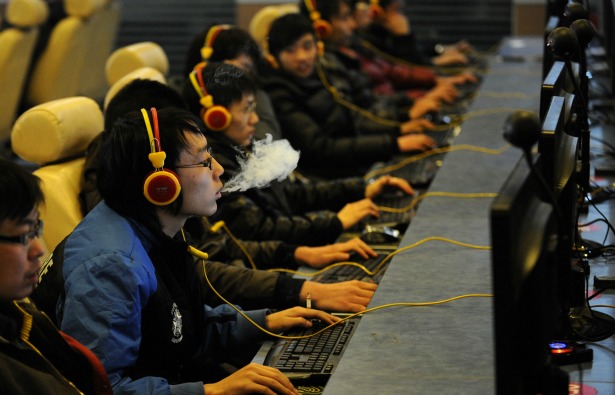 Ahead of the recent Two Sessions meetings of the National People’s Congress and the Chinese People’s Political Consultative Conference in Beijing, CPPCC vice-chair Luo Fuhe raised a proposal on improving the speed of access to foreign websites. Propaganda authorities ordered websites to immediately find and delete coverage of Luo’s proposal, which framed an argument for liberalization of China’s intense internet controls in terms of scientific progress and economic development. The full text of Luo Fuhe’s proposal, as archived on CDT Chinese, is translated below:

Proposal to Improve and Increase Speed of Access to Foreign Websites

The Fifth Plenary Session of the CCP’s 18th Central Committee systematically discussed “Five Great Development Concepts.” Included among these was the important topic of Open Development. In his 2015 Government Work Report, Premier Li Keqiang debuted the concept of “Internet Plus,” emphasizing its importance in the context of Open Development, and expressing hope to use the internet, the internet of things, 24-hour design and other means to drive traditional industries to create a new economic growth point. Normal State Council meetings also focused on the construction of high-speed broadband internet, proposing that “increased speed and reduced fees can improve people’s lives and also reduce the cost of entrepreneurial innovation, and provide strong support for ‘Internet Plus’.” We wholeheartedly endorse this development concept, and recognize that the establishment of fast, efficient, and free-flowing international and domestic network environments will become an important method to better implement the concept of Open Development, and to promote the economic and social development of the nation.

However, the current trend is that the speed of accessing foreign websites from within China is becoming increasingly slow. This will have an enormous impact on China’s social and economic development, and on scientific research, and so we need to elevate our concern. For example, connections to the Food and Agriculture Organization of the United Nations or many foreign university websites are all very slow, opening a single page needing a minimum of 10-20 seconds. Some foreign university websites require a half hour or longer before finally loading. The research needs of many domestic expert scholars and graduate students require them to purchase circumvention software in order to access foreign websites. Some international students visiting family back in China are unable to complete and file required forms because they are unable to open their foreign university websites. Some expert scholars working in China must use their weekends or vacations to go to Hong Kong or other places to visit sites required for their research. Firms in China who visit foreign sites and find it very slow also have complaints:  in September 2016 the German Chamber of Commerce in China conducted its annual confidence survey of German businesses in China, which showed network supervision, slow access to overseas sites, and a lack of intellectual property protection to be unfavorable restricting factors. This year, Taiwanese delegates to the CPPCC and major leaders of the forum also reported in an informal discussion that many sites couldn’t be accessed normally from the mainland. Additionally, some well-known foreign search engines do not operate normally in China.

1) China’s outbound internet bandwidth is not sufficient. China’s access to the global internet has bandwidth restrictions, known as international gateway. The greater the bandwidth, the faster the connection to foreign websites. With the steadily increasing number of internet users, China’s present international internet gateway bandwidth is clearly insufficient. According to CNNIC data, by the end of 2015, China’s backbone international export bandwidth was 5,392,116Mb/second, an increase of 30.9% from 2014; but, the per capita bandwidth was only 4.04Kb/sec. This data is only 1/12 of the world’s per capita main bandwidth, and only ½ of Africa’s.

2) Internet supplier restrictions. Currently, there are very few providers of international network acceleration services, and they cannot meet network access needs. At the same time, mobile internet users are increasing rapidly. Ministry of Industry and Information Technology statistics show that at the end of 2015 China had reached 946 million mobile internet users, of which over 900 million were cellphone internet users. As a result, many network providers have switched their service focus to mobile terminals, making computer network speed improvement more of a challenge.

3) Strict internet supervision. According to provisions related to the State Council’s “Regulation on Internet Information Service Management,” and “Regulation on Telecommunications of the PRC,” China inspects and blocks certain foreign websites, mainly targeting search engines which refuse to filter results in accordance with Chinese laws and regulations; social networking sites which allow illegal domestic organizations to publicize their activities; as well as propaganda sites for hostile forces and terrorist groups. While we agree that the monitoring and blocking of foreign websites cannot be neglected as part of government efforts to protect the nation’s peace and stability,  we must also note that many foreign sites are not political, such as common websites for research, education, news, etc. In the interest of domestic scientific research, these foreign sites are a preferred source for obtaining the latest and most accurate information. If these sources cannot be accessed smoothly, the accuracy and timeliness of studies cannot be guaranteed. At present, there are many influential foreign news channels among the sites that have been checked and blocked, sites that are key for both retrieving and publishing information. It is worth debating the fact that all of this information is cut off simply because some of it is contested.

For these reasons, I raise the following suggestions:

3) Establish an authoritative list of negative foreign sites. Websites that contain content in violation of the “Regulation on Internet Information Service Management,” and “Regulation on Telecommunications of the PRC,” and other relevant laws and regulations should be on the list; they need to  be strictly regulated and blocked from access; regarding non-political websites, especially foreign university and research sites frequently visited by expert researchers and scholars, lift access restrictions and inspect them regularly; regarding neutral websites including search engines, news, technology, etc., filter sensitive content and carry out regular inspections in order to increase the efficiency of utilizing foreign internet resources. At the same time, websites with content that varies from page to page should be treated differently. Narrow down the negative list to specific webpages for more precise control over content access. [Chinese]

Even Fang Bingxing, often called the “Father of the Great Firewall” for his role in building what has become the world standard in authoritarian internet censorship infrastructure, has been known to publicly use VPN circumvention software. VPNs have become less reliable in China in recent years, and authorities early this year rolled out new rules likely to further complicate connections.