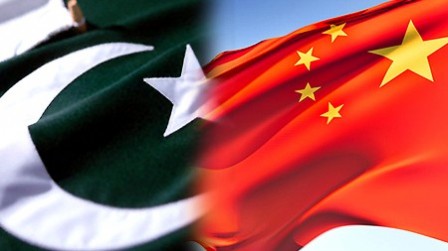 The China-Pakistan Economic Corridor (CPEC), a key component of Xi Jinping’s ambitious 65-nation “One Belt, One Road” (OBOR) economic integration and development initiative, has long been the target of criticism. Aside from the financial and political speed-bumps that have faced the OBOR as a whole, another point of critique revolves around associated plans to build a port at Gwadar in Pakistan’s Balochistan province, the site of a long-running insurgency; in addition to proven security concerns, local rights advocates view the project as a direct threat to the Baloch people. India, meanwhile, opposes CPEC as it will pass through Pakistan-controlled Kashmir, a region contested by New Delhi. Financial Times compares support and opposition to CPEC in Pakistan, much of the latter based on worries of colonialism by a new economic powerhouse: “The head of a large investment company in Pakistan says: ‘We have to be careful if we don’t want this to turn into a repeat of the East India Company’ […].” These concerns about a region with a significant and disastrous legacy of colonialism are not new.

This week, Pakistani newspaper Dawn reported a detailed summary of the leaked “Long-term Plan on CPEC,” which did little to appease concerns about the project. The plan, which Dawn acknowledges in an addendum “is not a project document, rather it ‘delineates the aspirations of both sides’,” lays out associated projects that would have long-lasting impact on Pakistan’s surveillance, entertainment, agricultural, tourism, transportation, finance, and security situations. At Quartz, Zheping Huang notes that CPEC “offers insights into what a new international trade order led by China might look like,” before offering a bulleted summary of the plan:

Coverage of Dawn’s report from Forbes’ Anders Corr explains how the leaked plan adds to concerns that China seeks to globally legitimize its autocratic approach to governance with the OBOR, and focuses in on the security and political risks to China’s planned investment of $46 billion on CPEC:

[…] The document poses diversity and multi-party democracy as problems, which raises questions about the extent to which the international community should allow autocratic China’s use of $1 trillion in upcoming investment to push its diplomatic and security objectives in economically and politically vulnerable recipient countries. Many of these countries are independent and democratic, but may not be for long given China’s document, ideology, and history of development finance. Beneath China’s plying of silk and rice in Pakistan, is an iron will to extend its military, economic, and diplomatic influence in Asia. This leaked document confirms that thesis.

[…] But those [India’s concern about Kashmir and the stationing of Chinese troops in Gwadar], and  are not the biggest risks to the CPEC project, according to China, which proffered and then retracted an offer to change the name to mollify India. The biggest risk to China’s CPEC investment, according to the Chinese government document, are security issues, diversity, and even multiparty democracy, as it were, in Pakistan. “There are various factors affecting Pakistani politics, such as competing parties, religion, tribes, terrorists, and Western intervention” the document states. “The security situation is the worst in recent years”.

[…] Not only does China call religious and tribal diversity a problem in Pakistan, it appears to give special treatment to Pakistan’s dominant ethnicity, the Punjabis. This is unacceptable in a world that should be promoting, rather than restricting, diversity. But China and Pakistan have the opposite strategy. They tend to suppress ethnic diversity, for example in the “tribal” areas near Peshawar, Pakistan, and in the Tibet and Xinjiang “autonomous” regions. Laws and policy in these areas favor dominant nationalities like the Punjabis and Han Chinese.

According to the document, China is pursuing a control system and electronic monitoring of the Khunjerab border, between Chinese territory and Kashmir. The ethnic minority in that region is the Burushaski, and the monitoring systems are no doubt part of an attempt to staunch the spread of Muslim insurgency from Afghanistan and Pakistan to the Xinjiang “autonomous” region of China, where the Muslim minority is severely repressed. […] [Source]

Read more about Beijing’s repressive policies in Xinjiang, and how its evolving strategy for Central Asia and the Middle East are at least partly driven by a desire to securitize Xinjiang, via CDT.

Dawn’s report came on the heels of the Belt and Road Forum, the first of Beijing’s international conferences to promote the OBOR. At the forum, Pakistani Prime Minister Nawaz Sharif defended CPEC and OBOR, warning against the projects’ “politicization.” FirstPost reports:

“Let me make it very clear that Cpec is an economic undertaking open to all countries in the region. It has no geographical boundaries. It must not be politicised,” Sharif said in his speech at the inaugural session of the forum,  defending the project over which India has raised objections.

Stating that Cpec has emerged as core and flagship project of China’s One Belt and One Road (Obor), he said, “Obor signifies that geo-economics must take precedence over geo-politics and that the centre of gravity should shift from conflict to cooperation. We see it as a path for overcoming terrorism and extremism.”

In implementing Cpec “we are not striving to merely leverage geography for economic prosperity, we are also trying to build peaceful, connected and caring neighbourhood,” he told the gathering.”It is time we transcend our differences, resolve conflicts through diplomacy and leave legacy of peace for future generations,” Sharif said without directly referring to India.

Sharif, who is leading a large delegation and clinched more Chinese finance for six more projects of the Cpec said, “The fact is that OBOR belongs to all of us, those who are participating in it and those who are not as yet. Obor has truly become a global community.” [Source]

Many articles summed up Dawn’s report using the word “colonialism.” At Pakistan Today, Faraz Talat disregards that narrative as “hysteria,” while also expressing concern that the plan disproportionately benefits China, and calling on Pakistan’s leaders for more specific details:

Let’s be clear: CPEC (China Pakistan Economic Corridor) is not ‘colonialism’. The Chinese are not taking over. The left must resist being swept up by hysteria.

[…] PML-N leaders have been vague to a fault about what CPEC entails. The public is expected to be satisfied and silenced by a collection of positive-sounding terms like, “investment”, “development”, “prosperity”, and “Pak-China friendship” being thrown at us by government officials. What these officials have consistently failed to mention, is that China is not an NGO coming to distribute jobs and aid packages; nor is it a wealthy aunt visiting us from abroad, bringing presents without demanding anything substantial in exchange.

[…] CPEC, it seems, is a project designed specifically for the benefit of the Chinese – with any benefit enjoyed by Pakistan being entirely accidental. China intends to carve out an elongated economic enclave within Pakistan, run mostly by the Chinese for the Chinese. Pakistan benefits mostly by leasing out (I’m tempted to use the words “selling out”) its natural assets – prying them out of the hands of the Pakistani people, and handing them over the Chinese corporations; not unlike the Sindh government attempting to handover Bagh Ibn-e-Qasim to Bahria Town.

No, this isn’t colonialism. But this is a shockingly invasive economic project, which will greatly diminish Pakistan’s authority over its own land and resources, and allow Chinese nearly unrestrained access to our ports and other assets. This may lead to an impressive infusion of capital into Pakistan, but in the long run – if the master plan is implemented as it is – the Chinese may well be siphoning a lot more capital out of this country than they’re willing to bring into it. […] [Source]