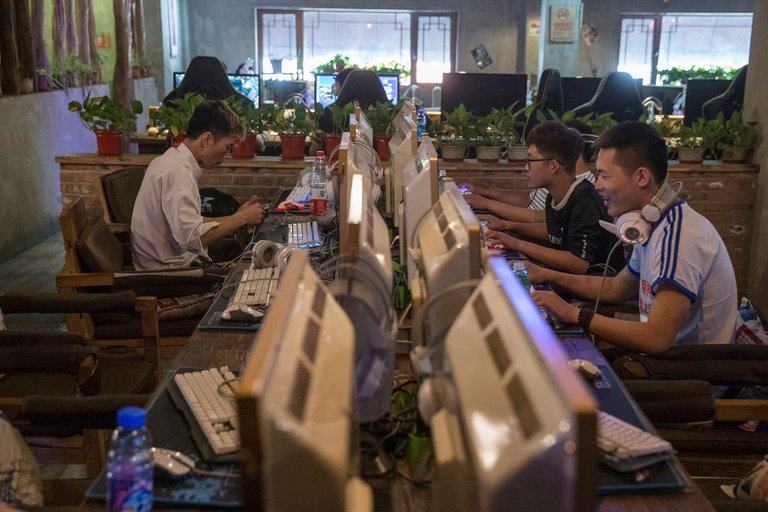 A Chinese company that operates Amazon’s cloud-computing and online services business there said on Tuesday that it told local customers to cease using any software that would allow Chinese to circumvent the country’s extensive system of internet blocks. The company, called Beijing Sinnet Technology and operator of the American company’s Amazon Web Services operations in China, sent one round of emails to customers on Friday and another on Monday.

“If users don’t comply with the guidance, the offered services and their websites can be shut down,” said a woman surnamed Wang who answered a Sinnet service hotline. “We the operators also check routinely if any of our users use these softwares or store illegal content.”

[…] Amazon Web Services allows companies small and large to lease computing power instead of running their websites or other online services through their own hardware and software. Because Amazon’s cloud services allow customers to lease servers in China, it could be used to give Chinese internet users access to various types of software that would help them get around the Great Firewall.

Keeping in line with censorship rules is only a part of it. In cloud computing, China requires foreign companies have a local partner and restricts them from owning a controlling stake in any cloud company. New proposed laws, which have drawn complaints of protectionism from American politicians, further restrict the companies from using their own brand and call for them to terminate and report any behavior that violates China’s laws. [Source]

Amazon’s email warning comes only days after Apple took down more than 60 virtual private network (VPN) apps from its app store in China. These developments point to the increasing pressure faced by foreign tech companies to comply with Chinese rules including the country’s new cybersecurity law that went into effect in June. Internet access service providers have become the key target of an ongoing crackdown as the government seeks to widened its push to tighten internet control. Authorities have recently clamped down on the use of VPNs by shutting down existing services and reportedly ordering telecommunications carriers to block individual access to VPNs by February 2018 (though they have subsequently denied this). WhatsApp users in China have also reported service disruptions in July, with many unable to send and receive non-text content.

Apple’s move to censor VPNs has drawn sharp criticism from app providers such as Sunday Yokubaitis, the president of Golden Frog, whose VyprVPN was pulled from the company’s Chinese app store. From Ben Johnson and Kristin Schwab at Marketplace:

Ben Johnson: You guys have a lot of customers in China. How worried are you about Apple taking services like yours out of the app store?

Sunday Yokubaitis: Could not be more disappointed in Apple. I view them as a beacon in some ways for what an American company should stand for. But then they went this weekend and worked with the Chinese government to remove the VPNs for Chinese users from the app store. The VPN is the internet in China. So did Apple effectively work with China to burn a billion books in Tiananmen Square this weekend? Because when you take a VPN down and you take the internet down that’s what you’re doing. You’re restricting information. And they seem to be valuing profits over human rights. [Source]

In response to the criticisms, Apple CEO Tim Cook said the company made the move to comply with Chinese law. Aaron Pressman at Fortune reports:

“We would obviously rather not remove the apps, but like we do in other countries, we follow the law wherever we do business,” Cook said on a call with analysts to discuss quarterly financial results. “We strongly believe in participating in markets and bringing benefits to customers is the best interest of the folks there and in other countries as well.”

[…] Cook also went on to explain why he thought the situation in China was quite different from the standoff between Apple and the FBI last year over decrypting information on an iPhone used by a terrorist in San Bernardino.

Meanwhile, China’s state-run China Daily has reported that Amazon is working to expand its cloud services in China by working with local partners to expand data centrers and extend better service to local enterprises. Cheng Yu and Ma Si report:

[…] The data centers, established by Sinnet in Beijing, Shanghai and Hebei Province, have been used to provide Chinese enterprises with cloud related services. Sinnet is also planning to build a bigger data center in Beijing.

[…] Over the past year, AWS has cooperated with Sinnet to help Chinese software developers and enterprises expand their businesses through the cloud service.

[…] Noting the future of AWS cloud services in China, Sinnet CEO Yang Yuhang said that they will accelerate more cooperation with AWS to enrich services in China, especially in the area of mixed cloud, Internet of Things and artificial intelligence. [Source]

Elsewhere, Pei Li and Cate Cadell at Reuters write that cracks in the Great Firewall that were previously widely accessible in China’s international hotels are also closing as the government cracks down on hotel network providers.

“We received notices recently from relevant (government) departments, so we don’t make recommendations anymore,” said a marketing manager at Chinese hotel network provider AMTT Digital, who is not named as he is not authorized to talk to the media. He added this was linked to increased government scrutiny over the use of unauthorized VPNs.

[…] Previously, the firm, which is backed by several funds including ones with government ties, would recommend “certified”, or government approved, VPNs, the manager said, which would then be incorporated into hotels’ internal networks.

“We would make recommendations of certified VPN providers and then incorporate them into the gateway so it runs smoothly,” he said. “But it is up to the hotel to decide if they want it.” [Source]

The new rules made public on Tuesday said that all party cadres faced punishment if they visited “illegal websites” or disclosed party and state secrets online.

Cadres need permission from the party before registering social media accounts or setting up a WeChat group that contains their job information, the party’s personnel, propaganda and cyber watchdog said.

Members could also face punishment – either under the party’s rules or the national law – for passing information online that damages the image of the party and the leadership. [Source]