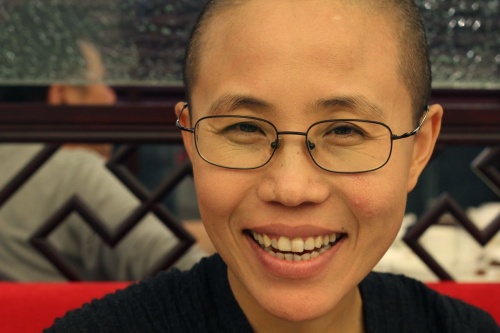 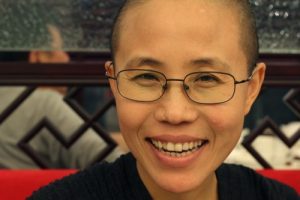 In silent recitation,
I carve lines on my bones.

Liu Xia is an avant-garde poet, photographer, and painter from Beijing. She was married to dissident and fellow poet Liu Xiaobo from 1996 until his death in 2017. As of August 10, 2017, Liu Xia’s whereabouts have been unknown for 26 days, having last been seen in official photographs of her husband’s burial at sea on July 15. Her attorney this month filed a formal complaint to the United Nations condemning Chinese authorities for her “enforced disappearance.”

Liu Xia was born in 1961 in Beijing. In the 1980s, she worked for the Beijing Tax Bureau while embedding herself in the capital city’s burgeoning literary scene. In 1993, Liu quit her job to devote herself to her art.

Liu Xia met Liu Xiaobo through their mutual involvement in Beijing literary circles. Both had first marriages that ended in divorce, Liu Xiaobo’s in 1991. The two married in 1996 while Liu Xiaobo was serving a three-year sentence at a re-education through labor camp. Liu Xiaobo was released in 1999, but the couple were again separated in 2008, after Liu Xiaobo was detained for his participation in drafting Charter 08.

Though never officially charged with any crime, Liu Xia has been under house arrest and subject to surveillance since Liu Xiaobo was awarded the Nobel Peace prize in 2010. Journalists and supporters have occasionally managed to visit her, finding her deeply depressed and in poor health. Liu Xia was last seen on July 15, 2017, in official photos with her family at Liu Xiaobo’s funeral and burial at sea. Her attorney in the U.S. has filed a formal complaint to the United Nations condemning her “enforced disappearance.”

Critics often note the inward focus of Liu Xia’s work, even prior to her house arrest. She has previously avowed that she is “not politically involved,” despite her devotion to Liu Xiaobo. In her years of intense isolation, she has continued to produce paintings and photographs. Dozens of her black-and-white photos were smuggled out of China one by one by French professor and friend Guy Sorman, which were later exhibited in 2012 as “The Silent Strength of Liu Xia.” Many of these photos, taken between 1996 and 1999, feature Liu Xia’s “ugly babies,” dolls with anguished faces bound up in her Beijing apartment or looking out to sea. Her 2014 “Lonely Planet” series, photos of tin foil sculptures emerging from stark blackness, appear in her latest book, “‘Accompanying Liu Xiaobo.”