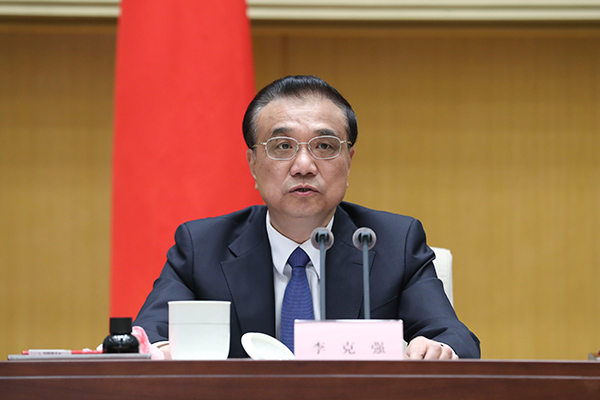 On Friday, April 27, Premier Li Keqiang delivered a speech to a State Council meeting on clean governance in Beijing. In his address, the premier stressed his belief that the people of China should use modern information technology to supervise government affairs and dissuade officials from abusing their power or engaging in corruption. The speech came days after former Politburo member Sun Zhengcai stood trial for bribery, becoming the biggest “tiger” in years to be toppled amid Xi Jinping’s ongoing anti-corruption drive. Li’s comments about allowing the people more oversight of government affairs were quickly censored, and state media coverage of his words at the meeting included a vague description of his call for cleaner governance and focus on his praise of actions taken so far. In recent years, authorities have taken great lengths to stifle grassroots action for more public oversight of the government, even as it appeared right in line with Xi’s anti-corruption efforts: the New Citizens’ Movement, led by rights activist Xu Zhiyong, was aggressively targeted by the Xi administration after publicly calling for better asset disclosure measures to be applied to officials.

With Chinese coverage of Li’s address swiftly censored, Radio France Internationale published a short article on his call and its rapid harmonization inside China. CDT has translated the article in full:

Friday at the first State Council Clean Governance work meeting, Premier of the State Council of the PRC Li Keqiang’s speech aroused the attention of the outside world. He emphasized that he wants to allow the people to use the internet and big data to “comprehensively supervise government conduct.” However, postings of this speech on government websites have already disappeared without a trace, with a disclaimer: “The page you are trying to visit has been removed or deleted.”

Although the speech’s content quickly disappeared, the summary can still be found on some other websites through internet search results. Li Keqiang’s words were: “The government wants to increase the public disclosure of government affairs, continue shining light on and supervising authority—especially by amply using the internet, big data, and other modern information technology—to allow the people to comprehensively supervise government conduct, to allow authorities to function in transparency, effectively preventing the government from not performing, performing arbitrarily, or engaging in corruption.”

Right now, internet users don’t need to worry, the four characters for “the people supervise” have disappeared. Li Keqiang’s 4/27 speech at the first State Council Clean Governance work meeting can still be found, just not any mention of the quote asking the people to supervise government conduct. The headline on official media reports became: “Li Keqiang: To Strengthen the Restriction and Supervision of Power, Energetically Advance the Construction of Honest Governance.” However, despite one sentence that repeats the headline, the word “supervision” very rarely appears, not to mention “the people should use the internet and big data” to “comprehensively supervise government behavior.”