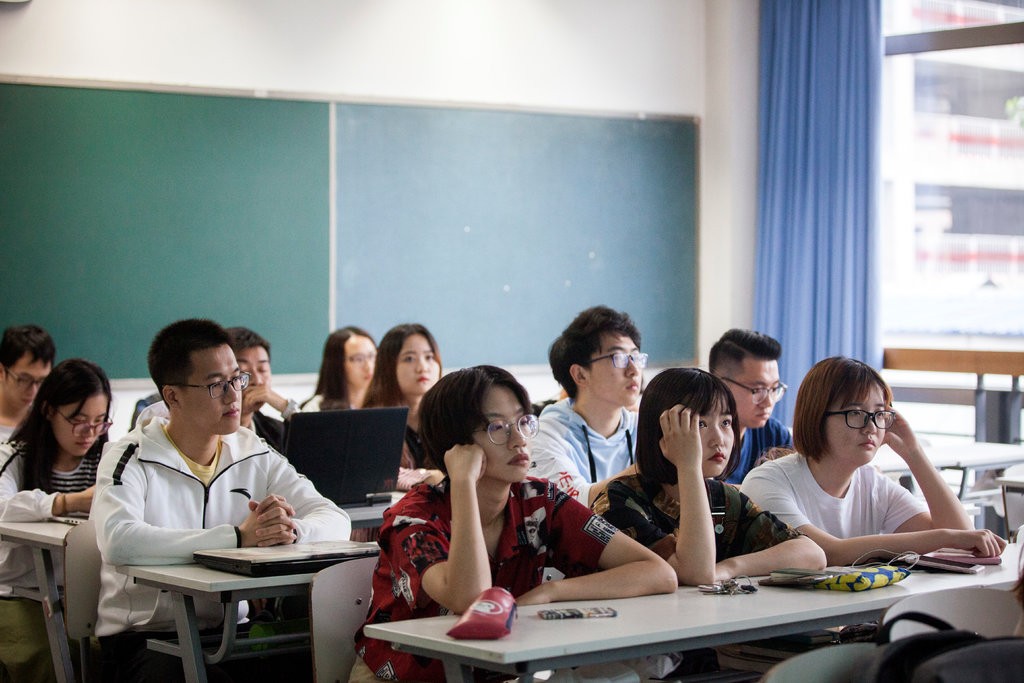 Financial Times’ Emily Feng reports that the University of Nottingham Ningbo—the first Sino-UK joint venture university in China—has removed a British academic from its management board, in alleged response to an article he had written criticizing the Chinese government.

The academic, Stephen Morgan, had served as Nottingham Ningbo’s associate provost since 2016. The party objected to the renewal of his contract with the university after he wrote an online essay critical of the 19th party congress, a top meeting of Communist party officials held every five years, according to two people familiar with the situation.

The post had been written for the University of Nottingham Asia Research Institute’s online magazine Asia Dialogue. It was not a site owned by Nottingham Ningbo, the Chinese branch campus in Zhejiang province, near Shanghai, which has an enrolment of 7,800 mostly domestic Chinese students.

However, six months after publication of the essay, Communist party officials at Nottingham Ningbo sought to remove Mr Morgan from his management positions, saying the essay embarrassed the university. Mr Morgan had also been a vocal critic of broader party-backed initiatives, such as blocking the import of texts authorities deemed sensitive, according to one of the people. [Source]

The management reshuffle comes amid a broader tightening of ideological control within educational institutions under the Xi administration. Increased government pressure has led Chinese universities to cut back on teaching materials that promote “western values” and introduce Party-backed courses and research institutes specializing in subjects such as “Xi Jinping thought.” Morgan’s removal might be seen as an extension of ideological control beyond purely domestic institutions as the government seeks to exert greater influence. In a thread on Twitter, though, Mike Gow wrote that it is “categorically not the case” that joint venture institutions have previously enjoyed “special dispensation,” as is widely believed. In fact, they are the specific focus of efforts to “reassert [the] role of [the] Party,” on top of “already […] significant” official oversight. Recently, the Ministry of Education terminated more than 200 Chinese-foreign higher education partnerships—more than a fifth of the total—for allegedly failing to meet quality standards.

Also on Twitter, the University of Nottingham’s Jonathan Sullivan argued that Morgan’s case is not directly or entirely connected to the piece he wrote.

I commissioned this piece by @SimaHui1 – and am familiar with this case and the closure of the School of contemporary China (where I was director of research at the time). Correlation is not causation. Lots of moving parts – Chinese influence may be a factor, but not the only one https://t.co/GzCWVoC2jl

Not that @EmilyZFeng or @hjesanderson are wrong in what they write here – I’m simply pointing out that we’re talking about complex situations where monocausal explanations are incomplete https://t.co/7xZegprveJ

Several negative comments about @UniofNottingham @UNNCHome today from people I suspect have little or no insight into the issue. The piece I commissioned and published remains up. FWIW the CPI has never had any hint of interference from the university, “China” or anyone else https://t.co/Wa5NxXD7uc

I was somewhat disappointed to read @LizEconomy‘s comment on this – as one of the US’ most knowledgeable and respected China analysts her views rightly reach a large audience. But there is a complex backstory here, beyond “China interference”, which I suspect she is unaware of. https://t.co/PVQ3jnsC7e

Meanwhile, The Economist recently reported that a growing number of foreign institutions are accepting gaokao scores over standardized exams for admission, despite their pro-CCP ideological bent. Another long-standing flashpoint has been the role of Confucius Institutes. These Chinese government-funded programs have stirred intense controversy over allegations of academic censorship of topics sensitive to Beijing. A number of universities have successively shuttered their programs over concerns that the programs are undermining academic freedom. John Pomfret at The Washington Post writes, though, that the discussion surrounding the Confucius Institute is distracting from real Chinese threats.

Congressional action to shut Confucius Institutes is foolish, and will do nothing to deal with the challenges presented by the People’s Republic of China. First, if American students are so easily brainwashed by biased textbooks and biased teaching methods imported from China, then we as a nation really are in a fix. Thinking back to Chinese 101 at Stanford, despite the radical syllabus, none of my classmates ended up manning the barricades to promote China’s revolution.

I went into journalism and was ultimately tossed out of China in 1989 after the massacre at Tiananmen Square, before joining The Post and returning to China as its bureau chief in 1996. Other classmates became businessmen, joined the State Department, the military or the CIA. Despite the distortions of our language study, none of us seemed to embrace a blinkered view of the Chinese state. I trust that today’s generation studying Chinese is no different.

Focusing on Confucius Institutes and not on, say China’s Thousand Talents program, which seeks to lure leading American scientists and their inventions to China, is the type of sloppy reporting that makes it more difficult to gauge the threat from China. In that way, it’s reminiscent of the McCarthyism period during the 1950s. [Source]

Professor Feng is helping lead the push for change. In 2015, he began offering classes on Maoism on edX, the online platform founded by Harvard and M.I.T., one of the first Chinese professors to embrace the internet to teach ideology courses.

“We are making the theories interesting again,” Feng Wuzhong, the head teacher of the Mao Zedong Thought course, said one day after class.

[…] Mr. Feng, an energetic orator who sometimes dresses in Mao suits, now teaches Mao Zedong Thought primarily through online lecture videos on topics like “The Necessity of the Sinicization of Marxism” and “The Living Soul of Mao Zedong Thought.”

[…] During live lectures, he tries to bring the material to life by discussing topics like Mao’s favorite books and asking students to rate the policies of Chinese leaders, rewarding the most active participants with digital cash sent by WeChat, the messaging app. [Source]

This post has been edited to correct Emily Feng’s name.