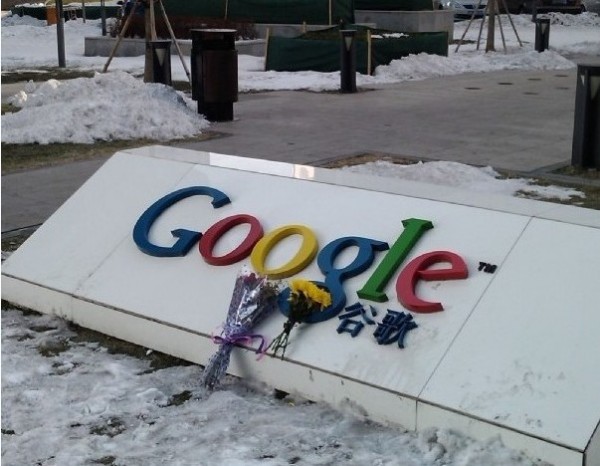 Seemingly extemporaneous charge that a security official reportedly informed mock-mourners they were committing outside of Google’s Beijing headquarters following the company’s 2010 announcement that they were “no longer willing to continue censoring” results on Google.cn, and hence may be pulling out of China.

After Google announced an unwillingness to continue complying with Chinese censors in January of 2010, many correctly predicted the end of Google.cn. A number of people offered a mock tribute of flowers in front of the Google headquarters in Beijing as a symbolic act of mourning. Some of these people were dispersed by security guards who alleged that what they were doing amounted to the “illegal dedication of flowers.” Because the charge sounded like it had been made up on the spot, it quickly spread around the web, inspiring a few spin-off terms:

Google closed its Google.cn search engine in March of 2010, and began redirecting users to Google.com.hk for Chinese-language searches. In August of 2018, a leak revealed that the company had plans to again offer a censored search engine for Chinese users, generating protest from Google staff members and advocates of free expression.