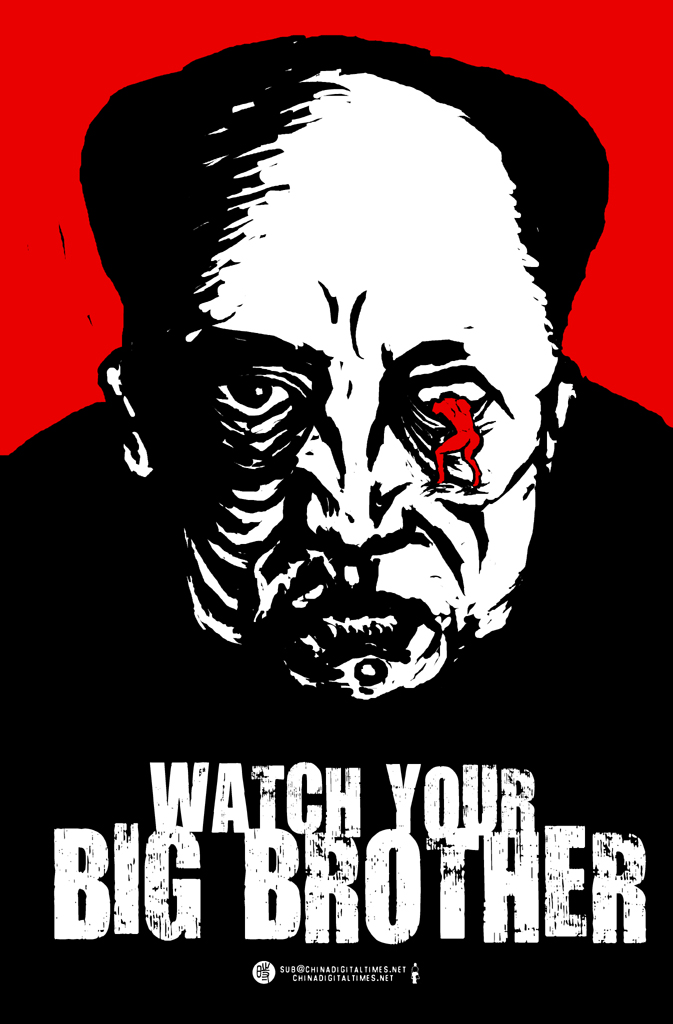 A nationwide “early warning system” is collecting data on government officials to predict delinquency, according to a text found by the CDT Chinese editors. The origins of the document are not clear but it appears to be linked to official anti-corruption offices: 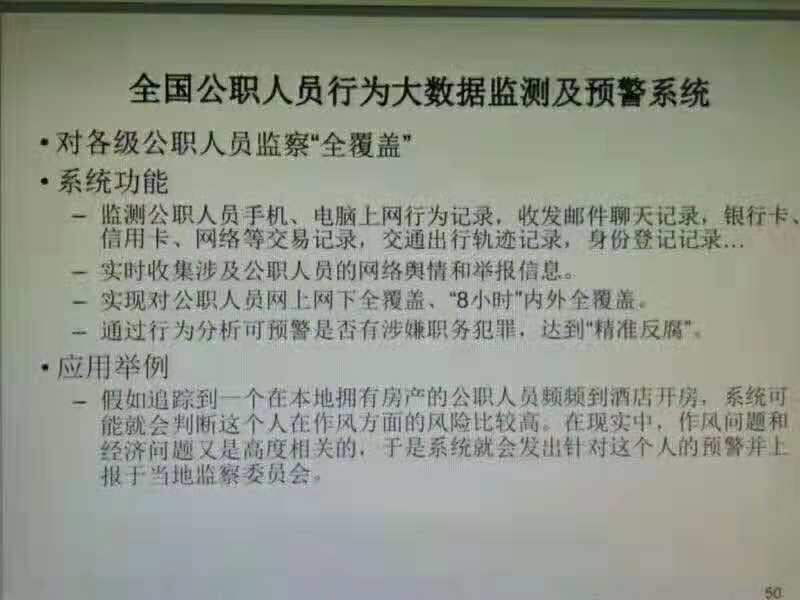 Much of the language in this latest text echoes a snapshot posted to Weibo in December 2017.

The mention of local supervisory commissions suggests a link between this big data platform and the National Supervisory Commission (NSC), a new anti-corruption body which was established earlier this year at the National People’s Congress. Even before the draft law for the NSC had been passed, local supervisory commissions had already cropped up in at least seven provinces and municipalities across China, according to Charlotte Gao in a February report at The Diplomat.

A WeChat post, also archived at CDT Chinese, provides a case study of officials targeted for their “lifestyle problems” in the northeastern city of Harbin: 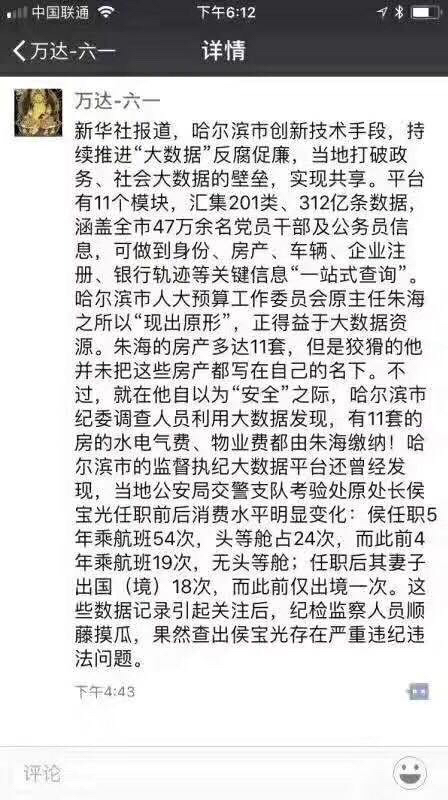 @Wanda-Liuyi: According to Xinhua News Agency, the city of Harbin is innovating new technological methods to advance the use of “big data” to fight corruption and encourage clean governance, breaking the barrier between big data in the governmental and social sectors and making data sharing possible. The platform has 11 modules which collect 3,120 million pieces of data in 201 categories from more than 470,000 Party members and civil servants throughout the city. The platform serves as a “one-stop shop” for queries about identity, property, car ownership, company registration, banking records and other key information points.

Zhu Hai, former director of the Harbin Municipal People’s Congress budgetary commission, “showed his true colors” thanks to this big data platform. Zhu Hai owned as many as 11 properties. Cunning as he was, he did not register all of these properties under his name. But just as he thought he was “safe,” the investigators at the Harbin Municipal Commission for Discipline Inspection using the city’s big data platform discovered that Zhu Hai had paid utilities and management for 11 properties!

The Harbin Municipal Monitoring and Discipline’s Big Data Platform also detected apparent changes in the consumption patterns of Hou Baoguang before and after his appointment as director of the Harbin Traffic Police Test Unit. During the five years of his tenure as director, Hou took 54 flights, 24 of which were first-class. In the four years prior to his appointment, Hou took 19 flights total, none of which were first-class. Hou’s wife has traveled overseas 18 times since Hou became director, but only once prior to his appointment. After these records came to their attention, the investigators at the discipline commission followed the lead and, as expected, uncovered serious violations of discipline and law.

The big data monitoring system is just one addition to the arsenal in Xi Jinping’s “never-ending corruption crusade,” arguably the hallmark of Xi’s presidency, which now extends beyond China’s borders. It’s well-reported in western media that the Chinese party-state deploys big data collection and AI-enhanced policing to monitor ordinary civilians, especially Uyghurs and other Muslim minority people in Xinjiang. Predictive policing of the people within the system itself has received much less attention.

In 2015, James Palmer held out hope that big data would provide an unbiased measure of government corruption, that “the flow of data could circumvent vested interests and open up the country’s potential.” Unfortunately, the algorithms used to collect all this data are created by biased humans, who bake their vested interests into the system.