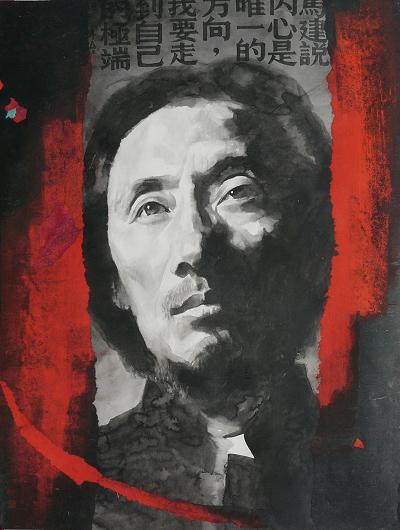 Following reports that a proposed replacement venue stated that it also would not host Ma Jian‘s talks, the Hong Kong Free Press reports that the Tai Kwun Center has reversed its decision and will host the author. From director Timothy Calnin’s statement:

“At the same time, Mr Ma has made public statements which clarify that his appearances in Hong Kong are as a novelist and that he has no intention to use Tai Kwun as a platform to promote his personal political interests,” he added. [Source]

I am glad that Tai Kwun has reversed its decision. To clarify, I will be speaking as a novelist, which is my only identity. I have no ‘political interests’ in the sense that I am not a politician looking for votes.

At The New York Times, Amy Qin reports that a Hong Kong venue operated by a nonprofit with ties to the local government withdrew an invitation to exiled writer Ma Jian days before he was scheduled to deliver two talks. Ma Jian’s newest novel “China Dream” is described by its publisher as “an arrow at President Xi Jinping’s ‘China Dream’ propaganda, creating a biting satire of totalitarianism that reveals what happens to a nation when it is blinded by materialism and governed by violence and lies.” The news of Ma’s dis-invitation comes as concerns over the future of free expression in Hong Kong are rapidly mounting. Last week, political cartoonist Badiucao’s debut Hong Kong art show was cancelled last minute due to “safety concerns.” Last month, Financial Times’ Asia news editor and former Hong Kong-based correspondent Victor Mallet had his visa renewal rejected, in what is believed to be retaliation for his role hosting a talk by the leader of a small (and now banned) pro-independence political party. FT reported today that Mallet was denied entry into Hong Kong as a visitor, a move local pro-democracy group Demosisto described as “nothing less than an authoritarian attempt to censor all opposing voices.”

The cancellation came just days before the writer, Ma Jian, was scheduled to speak at the Tai Kwun Center for Heritage and Arts as part of the annual Hong Kong International Literary Festival. It left festival organizers scrambling to find a new venue for the Saturday events.

“We do not want Tai Kwun to become a platform to promote the political interests of any individual,” Timothy Calnin, director of Tai Kwun, said in a statement sent to reporters on Thursday. “We have therefore worked closely with the Hong Kong International Literary Festival to find a more suitable alternative venue.”

[…] Speaking by telephone from London, several hours before his flight to Hong Kong, the writer accused Mr. Calnin of “turning a literary festival into a political matter.”

“He hasn’t even read the book yet and he has already passed a political judgment,” said Mr. Ma.

[…] “Before, Hong Kong was a haven for arts and literature — a place where we felt like we could hide from China and find true freedom of thought,” said Mr. Ma. “But now that era is slowly disappearing.” [Source]

The work of Ma Jian, a British citizen and Hong Kong permanent resident, has been banned in China since the 1987 publication of his first novella. In 2011, he was barred entry to China.

Just been told that my two events at the Hong Kong International Literary Festival this week can no longer be held at Tai Kwun, where all the other events are taking place. An alternative venue will have to be found. No reason has been given to me yet. https://t.co/wqJHs79JkW

I wouldn't use Tai Kwun as a platform to promote my 'political interests'. I'm a novelist, not an activist, and am attending the Festival to discuss my new novel, China Dream. My 'politics' are simple: I believe in free thought and free speech. Without them, life has no meaning.

At TIME, Eli Meixler provides further context on fears of the erosion of free expression in Hong Kong, notes that one of the talks was to focus on Ma’s new novel, and relays concerns from PEN Hong Kong:

The eviction of Ma’s events is the latest in a series of threats to Hong Kong’s once-vaunted freedom of expression. Hong Kong, which enjoys liberties not practiced on the mainland, is governed by a unique agreement made with China before the territory reverted from British control in 1997. But rights groups warn that Beijing has become increasingly emboldened to suppress dissenting voices.

[…] One of Ma’s slated talks on Saturday concerns his most recent release, China Dream, which Penguin describes as “a biting satire of totalitarianism” in modern China. The book was not published in Hong Kong, which historically served a haven for banned Chinese writers until a 2016 crackdown saw five dissident publishers abducted and bookshops shuttered or relocated overseas.

PEN Hong Kong said Thursday it was “deeply concerned” by Tai Kwun’s cancellation of Ma’s talks, and the prospect that “political pressure may be a factor.”

“The cancellation appears to be at the very least an act of self-censorship, which would add to a growing list of incidents of suppression of free expression in Hong Kong,” PEN Hong Kong president Jason Y. Ng said. [Source]

At Bloomberg, David Tweed and Sheridan Prasso report on Hong Kong officials’ defense against claims of deteriorating human rights in Hong Kong, offered this week in Geneva during the UN Universal Periodic Review on China:

Cheung told the UN Universal Periodic Review in Geneva that such concerns were “unwarranted, unfounded, and unsubstantiated,” according to media reports.

“I don’t know whether Tai Kwun came to this decision themselves, or whether China put pressure on them,” Ma said. “But whether it was censorship or self-censorship, it is yet another sign of the slow death of Hong Kong’s freedom.” [Source]

Read more on concerns about Beijing’s increasing influence in Hong Kong, and worries over the erosion of autonomy and human rights in the region, via CDT.