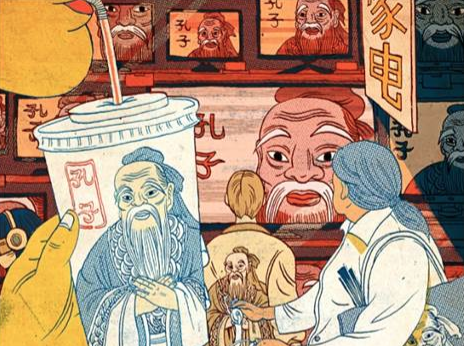 Amid rising concerns of curtailed academic freedoms, U.S. universities are increasingly closing down Confucius Institutes, which are Chinese government-funded centers offering Mandarin-language and cultural courses that at one point numbered over 100 in North America alone. Samuel Brazys and Alexander Dukalskis, authors of a new AidData working paper on the topic, write in the Washington Post that the institutes have had limited success in improving China’s image abroad as part of a broader soft power campaign. A year ago, a group of UMass Boston students, alumni, and professors asked to meet with the chancellor to discuss concerns that the campus’ Confucius Institute was promoting censorship and curtailing academic freedom. Today, interim chancellor Katherine Newman cited nationwide concerns when announcing the university would be ending its 12 year relationship with the Institute. Instead, the university will pursue a partnership with Renmin University. This closely follows closures at North Carolina State University and the University of Michigan. At Commonwealth Magazine, Colman M. Herman reports:

The Chinese government says it promotes the Confucius Institutes throughout the US as tools for cultural exchange. The institute at UMass offered non-credit classes in Chinese language and culture, programs for UMass students to study in China, professional development programs for Chinese language teachers, and Chinese proficiency testing. UMass Boston paid the director’s $100,000 salary and provided office space, while China provided $250,000 and paid the salaries of four or five teachers.

[…] Others have expressed concern that the Confucius institutes are used by the Chinese government as outposts for espionage.  The FBI has said that it monitors the activities of the institutes.

US Rep. Seth Moulton has also raised concerns publicly about the institutes and in a private discussion with Newman. On his Facebook page, Moulton said the intent of the Confucius Institutes is to “distort academic discourse on China, threaten and silence defenders of human rights, and create a climate intolerant of dissent or open discussion.”

Cornell suspended exchange and research programs with Renmin University after it blacklisted and monitored over a dozen Renmin student labor activists.

USF said only 65 students total were enrolled in its four Chinese courses this fall, compared to 191 in spring 2014.

[…] However, university officials did concede that the national security concerns of U.S. government officials played a role in the decision — specifically when it comes to federal funding. In August, President Donald Trump signed the $717 billion 2019 National Defense Authorization Act. Inside is a provision that limits federal funding to colleges and universities with Chinese ties, and the provost said USF was unwilling to pass on those funds.

[…] USF World vice president Roger Brindley, whose division manages the university’s global partnerships, led the inquiry. It was started soon after U.S. Sen. Marco Rubio wrote letters to USF and four other Florida schools with Confucius Institutes in February, urging leaders to end their relationships with the Chinese government.

[…] The institutes are “cogs in a larger wheel” of effort by China to increase its global influence through the acquisition of science and technology, Giordano said. Having such a physical presence on campuses provides the Chinese government with the potential to gather data and intelligence “that can be leveraged for other agendas, whether economic and market or … national security.”

[…] “But there is no direct history of that,” Giordano said, adding that calls to close the institutes is more of a preventative measure than a response to any specific threat. [Source]

At Inside Higher Ed, Elizabeth Redden details the changing reasons as to why American universities are increasingly closing down the institutes:

[University of Chicago professor] Marshall Sahlins […] said he thinks the main reason for the closures is “pressure from the American right, including the National Association of Scholars [which issued a critical report of CIs in 2017], as well as lawmakers, and from security agencies of the U.S., notably the FBI: a coalition of political forces responding distantly to the developing Cold War with China — raising even older terrors such as Communism and the Yellow Peril — and proximately to drumbeat rumors that CIs are centers of espionage. Those that give other, face-saving reasons are probably protecting their academic cum financial relations to China, such their intake of tuition-paying mainland students.”

“Apparently the tide is beginning to turn, though for the wrong reasons,” Sahlins said. “As I said in my Inside Higher Ed op-ed last year, we are now in a pick-your-poison, lose-lose situation: either keep the CIs or allow the U.S. government to interfere in the curriculum — mimicking the Chinese [Communist] Party-State.”

[…] Other institutions that have announced closures of Confucius Institutes within the last 12 months include the Universities of Iowa, Michigan at Ann Arbor and Minnesota at Twin Cities and North Carolina State University. In addition to these institutions, Tufts University has charged a committee with reviewing its CI, and a decision on whether to renew the CI agreement when it expires in June has not been made yet pending receipt of the committee’s recommendations.

The recently announced closures follow on closures of the CIs at the University of Illinois at Urbana-Champaign, in 2017; Pennsylvania State University, in 2014; and the University of Chicago, where more than 100 faculty members had signed a petition calling for the closure in 2014. North of the border, in Ontario, McMaster University closed its CI in 2013 after a visiting instructor from China claimed the university was “giving legitimization to discrimination” because her contract with Hanban — the Chinese government entity that sponsors the institutes — prohibited her participation in the religious organization Falun Gong. [Source]

Concerns over China’s curtailing of academic freedoms have also been prevalent within China. In December, British academic publisher Taylor and Francis acquiesced to Chinese government requests and dropped over 80 journals from its China offerings due to “inappropriate” content. This followed the August 2017 saga of Cambridge University Press reversing its decision to hide from Chinese users 315 journal articles and 1,000 e-books covering the 1989 Tiananmen Square massacre, policies toward Tibetans and Uyghurs, Taiwan, and the Cultural Revolution. This also coincided with the Association of Asian Studies receiving—and refusing to honor—similar censorship requests for articles also largely focused on Tibet and the Cultural Revolution.

Meanwhile in Africa, whose Confucius Institutes have been questioned for their ability to adequately train China-bound African scholars, Kenya will start teaching Mandarin to elementary school students in 2020, with the primary goal of increasing job competitiveness and deepening trade ties with China. Additionally, the Chinese government is providing Uganda with textbooks and tutors for its new compulsory Mandarin courses, which are currently mandatory for the first two years of secondary school at 35 schools. This follows South Africa’s decision to offer Mandarin in early 2016—despite strong resistance from teachers’ unions.