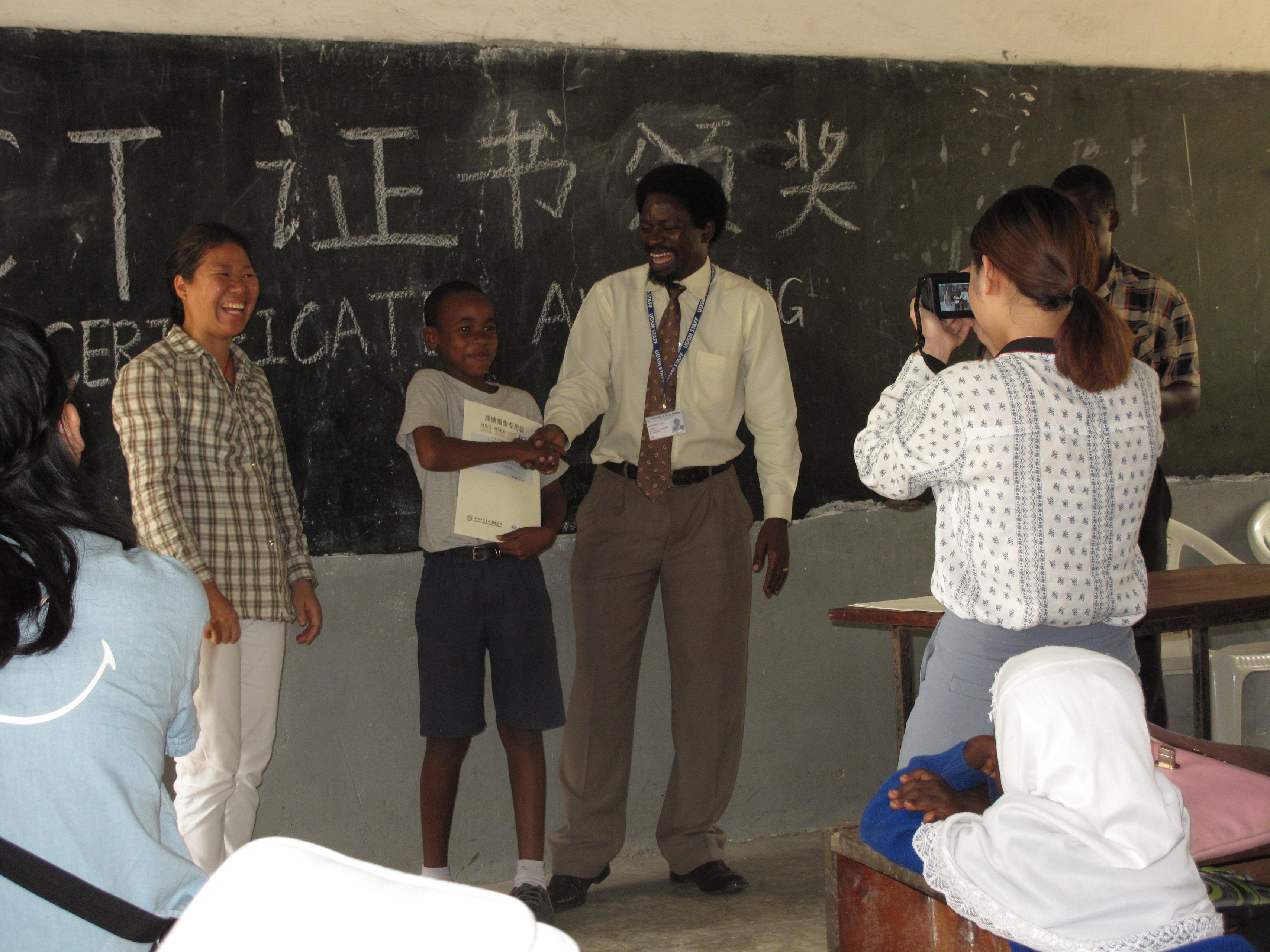 Hanban is a vital ingredient in China’s global soft power campaign. Since the first CI was set up in Seoul 13 years ago, 516 of these language and culture centers have opened in 142 countries and regions, over 40 of them in Africa. While Beijing’s language and culture drive has provoked suspicion and controversy in the US, it is steadily winning hearts and minds on the continent, where brand new CI buildings often stand in contrast to crumbling campuses.

[…] China’s growing scholarship program is motivation enough for students like Nancy, whose family struggles to cover her tuition. Recent data shows a remarkable spike in the number of African students studying in China, from just 2,000 in 2003, to almost 50,000 in 2015, whether on scholarships or their own steam. This makes China the most popular destination for Anglophone African students studying abroad.

[…] As badly as Beijing wants the world to believe that the influence of Mandarin is growing across the globe, teaching quality is secondary to the impression that China’s ever-expanding Confucius Institute network seeks to project, and students who are linguistically ill-equipped are sent to China for scholarships and study programs, regardless of what they might gain.

“CIs are not really preparing people to become fluent in Chinese,” says Hartig. “It seems to me that the whole idea isn’t concerned so much with sustainability. It’s much more about numbers: big student numbers, and how many scholarships were given out to how many African countries… And this has more to do with south-south cooperation [than] sustainable development or helping people to gain a better understanding of China.” [Source]

The campaign to spread Chinese language and culture is also taking place in the Arab world as Confucius Institutes and Chinese departments are set up across the Middle East to promote Mandarin education. Jumana Al Tamimi at Gulf News reports:

Apart from the Confucius centres, Beijing is working on setting up and expanding Chinese language departments at various universities in the Arab world.

For example, in Egypt, there are nearly 10 Chinese language departments in different higher educational institutions, “and this is a big number compared to previous years,” said Fayez. However, there are far more centres of Western studies in Arab universities. [Source]

The spread of Confucius Institutes in Africa and elsewhere across the world is part of Beijing’s growing overseas image-building campaign, one that includes aid outflows, large foreign investments in infrastructure and business development, and international media deals. China’s projection of soft power via Confucius Institutes has raised concerns over the impact of Chinese government money on academic freedom in universities in the west. The University of Chicago closed its institute in 2014 after more than 100 professors lobbied for its eviction on grounds of government interference in the selection of teaching materials.

Meanwhile, a growing number of institutions of higher education in the west have in recent years set up joint programs in China to promote cultural exchange. From Robert Delaney at South China Morning Post:

[…The] historical tide of one-way learning, wherein Chinese students gained new skills and cultural understanding from US academic institutions, has shifted in recent years with scores of distinguished American universities opening joint programmes in the PRC. That trend started with The Hopkins Nanjing Centre for Chinese and American Studies, which opened its doors to American and Chinese students in 1986.

Last year, Blackrock Chairman Stephen Schwarzman established a one-year Master’s degree in Global Affairs at the renowned Tsinghua University in Beijing. The initiative is the product of China’s largest single philanthropic effort, with over US$430 million raised from donors worldwide.

In a discussion with Columbia’s president Lee Bollinger, Schwarzman and other dignitaries before her keynote speech, Liu suggested more joint programmes may be in the offing. [Source]