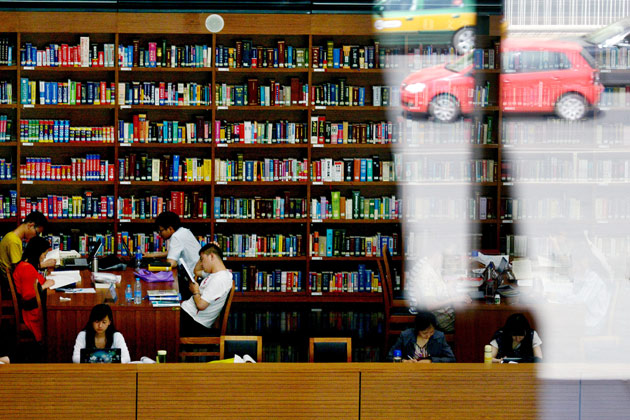 Chinese government censorship is adversely impacting Australian publishers as local Chinese printers turn down books containing politically sensitive key words and maps. Although these books are written by Australian authors and intended for readers in Australia, they are being denied printing in China unless they comply with a long list of censorship restrictions, according to a report by Michael Bachelard at The Age:

Publishing industry figures have confirmed that the censors from the State Administration of Press, Publication, Radio, Film and Television of the People’s Republic of China are vetting books sent by Australian publishers to Chinese printing presses, even though they are written by Australian authors and intended for Australian readers.

Any mention of a list of political dissidents, protests or political figures in China, including president Xi Jinping, is entirely prohibited, according to a list circulated to publishers and obtained by The Age and Sydney Morning Herald.

Printing books, particularly those with colour illustrations, is significantly cheaper in China, so some publishers have little choice but to put them through the government censorship process.

Sandy Grant, of publisher Hardie Grant, said he had scrapped a proposed children’s atlas last year because the censors ruled out a map. Chinese authorities are extremely sensitive about maps, and any map appearing in a book must fit with the Communist Party view of the world.

[…] “We’re exposed to it, we are dealing with it. We were very angry when we were told we couldn’t print children’s maps that were pretty innocent. We didn’t proceed with the project because we couldn’t find a cost-effective solution.” [Source]

A  list of key words distributed by a Chinese printer to its Australian publishing clients has been released online. Mentions of major Chinese political figures, dissidents, and political movements are strictly prohibited. From Australian academic Clive Hamilton on Twitter:

CCP Propaganda Department has sent to Western publishing companies a list of topics and names of dissidents that are banned from books printed in China. Western publishers print many/most of their books in China because it’s cheaper. List of 118 banned ‘dissidents’ is attached. pic.twitter.com/SOj1RP3Yss

Although the increasing censorship of foreign language books printed in China is a recent change that has only started impacting Western publishers, Beijing’s attempt to hinder free speech abroad is not new. Two years ago, Hamilton’s own book Silent Invasion, which explores Beijing’s influence on Australian politics and society, was dropped by his Australian publisher following threats of potential Chinese government retaliation. The book cancellation came amid heightened public concern over growing Chinese influence in Australia.  The Chinese government has been exporting censorship abroad for years, using tactics of intimidation to silence critics within the Western academic and Chinese international student communities. Several Western academic publishers, including Cambridge University Press, have ceded to Chinese government requests to make select journal articles inaccessible to readers in China.

Increased Chinese government scrutiny has led to delays for international publishers as they must now wait up to 30 working days for the content of their books to be approved by Chinese censors, from Books and Publishing:

Starting in late 2018, the Chinese government tightened its printing approval processes and is now reviewing all books for maps—not just those maps relating to China and the territories it disputes, but any map of anywhere in the world. Subsequently, publishers around the world that print books in China have been experiencing schedule delays of up to eight weeks, in some cases.

In November, one Chinese printing firm sent a letter to UK publishers warning of tightened regulations for books, and said it was warned it could have its licence revoked if authorities found it had printed ‘improper’ material three times in a year.

An anonymous UK production worker told the Bookseller: ‘We’ve got titles we’ve promoted in China quite happily for years, things like walking guides to the UK. There’s nothing controversial in there at all but they’re now having to be checked by the Chinese government because they include a map … With some of the stuff we’re having to say, “We just can’t print this in China.”’ [Source]

Utter madness – this is what happens if you put all your eggs in the China basket: ‘Printing books… is significantly cheaper in China, so some publishers have little choice but to put them through the government censorship process.’ https://t.co/1lWiilzw4O

@JimMillward Apparently India and Taiwan are options — why don’t publishers go there? They can shake off the lazy, “China is inevitable” consensus. Potentially good biz opportunity. Like the #GDPR & #Nokia, privacy/freedom can/must become selling points! https://t.co/6998KSRrOR

This problem with printing in China is not new… Readers Digest made an offer to my Canadian publisher, Anansi, for rights to my memoir “Butterfly Mind” in 2008… then reneged when their Chinese printer refused to print it.

Meanwhile, Australian consular officials are set to visit detained Australian writer Yang Hengjun in Beijing, following requests by his lawyer to confirm claims that Yang no longer wants to work with his legal team. Yang was detained on 19 January and is currently being held on suspicion of endangering Chinese national security.