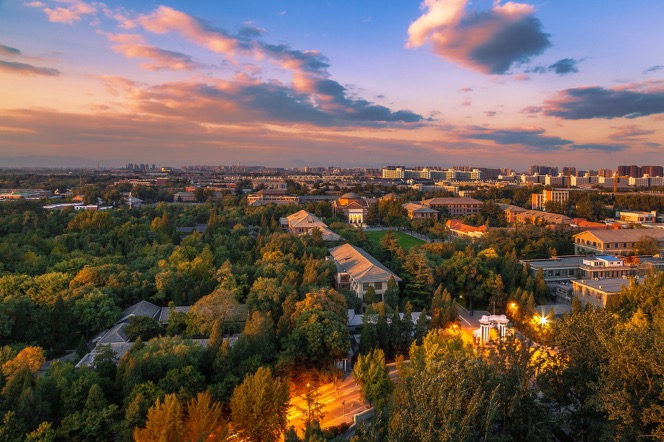 At The Financial Times, Christian Shepherd reports the removal from teaching duties of Tsinghua law professor Xu Zhangrun in apparent retaliation for his vocal criticism of Xi Jinping’s leadership. [Updated on March 25, 2019 at 22:11 PST: Xu was reportedly not fired outright, as this post originally stated.] The most prominent example was a 10,000-character essay published last July by the liberal Unirule Institute, and translated in full by Geremie Barmé at China Heritage and summarized by China Change. In it, Xu warned that the erosion of “four bottom lines” underpinning the post-Mao era—”basic social order,” “limited private property rights,” “limited tolerance of personal freedoms,” and “political term limits”—had led to “eight fears” among the public, including “increased repression and thought reform of intellectuals” and “the end of opening up and reform and the comprehensive return of totalitarian politics.” He concluded with “eight hopes,” including an end to various official privileges, new asset disclosure requirements, an “emergency brake” on the “personality cult” surrounding Xi Jinping, the reinstatement of presidential term limits, and a re-evaluation of the June 4, 1989 crackdown.

From Shepherd at the FT:

Mr Xu was fired from his teaching position at Tsinghua, one of China’s leading universities and Mr Xi’s alma mater, according to two individuals who had confirmed the news with Tsinghua staff. As news of his dismissal spread on Chinese social media on Monday, a number of liberal media outlets reposted Mr Xu’s writing.

[…] “This was really the only time under Xi where we have seen a very outspoken, very public dissent and it was also one that was careful and eloquent,” said Jude Blanchette, China practice head at the Crumpton Group, an advisory. “It’s so rare to have that kind of critique. Xu’s essay really galvanised public attention.”

Mr Blanchette said intellectuals such as Mr Xu — loyal opposition that “speak to the emperor from within the court” — have a long history in China. But the tolerance for such criticism has shrunk under Mr Xi. [Source]

Unirule, which published Xu’s essay after already being evicted from its Beijing offices earlier in July, had its business license revoked in October last year. In August, authorities had launched a new campaign to “enhance patriotism” among Chinese intellectuals. In February, Party journal Seeking Truth published an essay by Xi Jinping stressing the importance of Party leadership and warning that China “must never copy the models or practices of other countries [or] follow the path of Western ‘constitutionalism,’ ‘separation of powers,’ or ‘judicial independence.’” The same month brought an apparent ban on a constitutional law textbook written by legal scholar Zhang Qianfan in a continuation of long-running moves to counter “Western influence” in higher education.

Beyond the legal sphere in December, censors ordered the deletion of Renmin University economist Xiang Songzuo’s lecture “A Great Shift Unseen Over the Last Forty Years,” in which he criticized the government’s economic management and handling of trade tensions with the United States. “For the Chinese economy to continue growing in a truly stable fashion, and extricate itself from its present quagmire,” Xiang wrote, “it must implement the following three essential reforms: tax system, reform in the political structure, and reform in state governance. […] If this doesn’t happen, let me conclude on these words: the Chinese economy is going to be in for long-term and very difficult times.”

Another formerly outspoken academic critic of China’s government is Peking University law professor He Weifang, whose influential social media accounts fell silent in 2017. He recently spoke to South China Morning Post, however, touching on some of the same topics as Xi’s other critics and expressing hope that trade tensions with the U.S. could reinvigorate stalled reform momentum. From Cissy Zhou at SCMP:

Central to the ongoing trade war with the United States have been issues raised by US President Donald Trump surrounding forced technology transfer, intellectual property theft and market access, all of which are areas China promised to correct when it joined the World Trade Organisation (WTO) in 2001.

China passed a new foreign investment law this month in a bid to level the playing field for overseas investors and reassure the global community it remains an attractive investment destination, but many other issues including reducing export subsidies, fair treatment for foreign banks and a commitment to join the WTO Government Procurement Agreement have yet to be fulfilled, according to He.

“The trade war is an opportunity for China. It is not that China has to succumb to the US, but it is time for China to fulfil its solemn commitments it made when it became a member nation of the WTO. If there is no structural reform, China cannot sustain its economic growth and the economic downturn will fundamentally shake the legitimacy of the Communist Party’s regime,” 59-year-old Peking University law professor He told the South China Morning Post in a rare interview.

[…] “The economy is the only tool for the Communist Party to win the people’s support. However, the government has been prioritising ideological control rather than economic development, which doesn’t and won’t work. We need this external force [from the trade war] to get us back on track,” He said. [Source]

He also weighed in with SCMP on Huawei’s recently launched legal appeal against sales restrictions in the U.S. and the company’s legal and political obligations in China, suggesting that “the US judicial system could help to reveal Huawei’s ownership structure and its relationship with the Chinese government, which has remained mysterious to the Chinese public.”