The following term comes from the Grass-Mud Horse Lexicon, a glossary of terms created by Chinese netizens and encountered in online political discussions. These are the words of China’s online “resistance discourse,” used to mock and subvert the official language around censorship and political correctness. CDT is expanding its China Digital Space (CDS) wiki beyond the Grass-Mud Horse Lexicon to include short biographies of public intellectuals, cartoonists, human rights activists, and other people pushing for change in China. CDS is a work in progress.

Online protest and/or circumvention campaigns; play on “civil disobedience” (gōngmín bù fúcóng 公民不服从). Came into usage during a 2020 campaign that used translation, transcription, inversion, and other visual and typographic distortions to preserve and circulate a censored magazine interview with Wuhan Dr. Ai Fen. The interview, originally published in People (Renwu 人物), covered her censure for circulating a report on an early case of the novel coronavirus (COVID-19).

The People interview, published in March 2020 as President Xi Jinping set off on his first trip to Wuhan since the outbreak, quickly disappeared from the People website and from social media. Chinese netizens, who are well-versed in censorship evasion techniques such as using code words and sharing screenshots of text, in this case innovated ingenious workarounds to keep the article alive.

Translations appeared in English, German, Vietnamese, Hebrew, classical Chinese, Cantonese, Sichuanese, Wu, Elvish, Klingon, and Martian script. There is a version in Braille, another in a font that mimics Mao Zedong’s handwriting, and another written in nucleic acid notation. There is a Star Wars version. One iteration in particular captures the spirit of digital disobedience, placing the People interview in superscript above the Baidu Baike definition of internet safety. Dozens of examples are archived at CDT Chinese.

Martian script, with still from The Seventh Seal 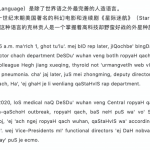 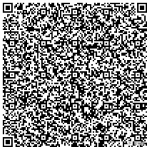 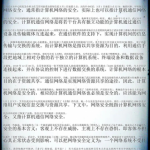 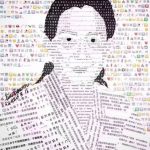