Digital censorship in China, while algorithmic, vast, and multifarious, has a human element—which means the vagaries of individual censors’ moods have the potential to impact online punishments. Screenshots of one Weibo users’ tragicomic quest for an explanation for his account suspension, taken by the Weibo account @十只獭 and shared by the Twitter account @xijinpinggandie (in English, “Xi Jinping’s Adopted Daddy”), show how arbitrary censorship in China can be:

Weibo: Hello, your account will be suspended for 15 days because your recent post violated relevant national laws and regulations.

User: For what reason?

Weibo: Hello, your account will be suspended for 23 days because your recent post violated relevant national laws and regulations.

User: Just come out and give me an explanation.

Weibo: Hello, your account will be suspended for 113 days because your recent post violated relevant national laws and regulations. [Chinese] 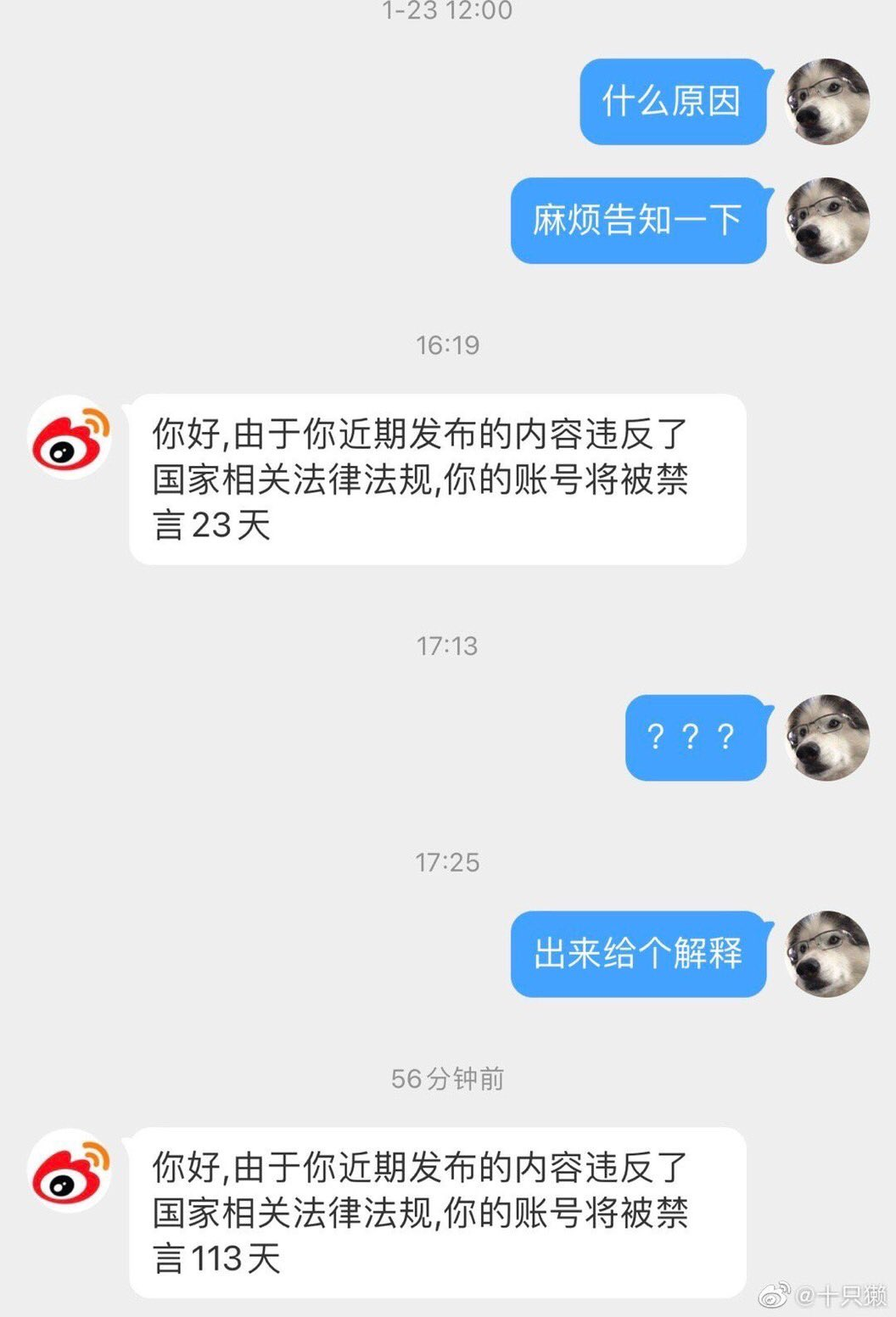 A screenshot shows a portion of the user’s conversation with Weibo, which is translated above

CDT Chinese’s Eric Liu, who formerly worked as a Weibo censor, shared his insight into the possible reason for the account’s ever-lengthening suspension:

The reason this Weibo account was subject to “multiple trials” and thus had its “sentence lengthened” might very well be because it drew the attention of individual censors. It’s possible that scanning the account’s timeline (which is more subjective than “case by case” censorship) revealed further “harmful content,” and that censors therefore decided to increase the punishment for this “harmful account.”

If a censor is keeping a close watch on your account, it’s nearly impossible to escape getting suspended unless you’ve never—since the first day you registered your account—commented on any public issue. Given that Chinese internet users are highly experienced at evading censorship, there’s going to be a large amount of “harmful content” that didn’t trigger sensitive word trip-wires lurking in anyone’s timeline. Even if you think you’ve got a handle on where the red line is, the fact is, there is no red line. Nobody’s comments can stand up to that level of scrutiny. In the eyes of the authorities, everyone is “maliciously surfing the web” [a reference to “malicious homecomings.”]

Whatever the real reason for the lengthened suspension (a number of different reasons are offered in the translated Netizen Comments below), the arbitrary nature of Weibo censorship remains glaring. The arbitrariness is itself a mechanism of censorship, famously described by Perry Link as “the anaconda in the chandelier“: “It feels no need to be clear about its prohibitions. Its constant silent message is ‘You yourself decide,’ after which, more often than not, everyone in its shadow makes his or her large and small adjustments—all quite ‘naturally.’” It is likely also a product of Weibo’s own fear of the proverbial anaconda. Over the first eleven months of 2021 the site was fined over $2 million for lax censorship. On Twitter, people speculated about the reasons for the account’s suspension:

Xijinpinggandie：(My guess) Nobody saw his appeal, but someone looked up his past Weibo posts and ratcheted up the severity of the punishment.

Shanbendazhi3：There are absolutely no regulations to be followed. It all depends on how [the censors] are feeling. The process is designed to tame you.

OzHXvqlz1bOBzur：The account suspension is to prevent you from saying too much and getting yourself arrested, here’s a thumbs up for capitalism.

Yifengchen28：Even if you haven’t broken any rules, you’re definitely dreaming of breaking them. [Chinese]

A search for the Weibo account that posted the original screenshot ended all too predictably—@十只獭 is no longer accessible. Those trying to access the account are met with a screen that says, “Sorry, the network is busy,” and suggests anyone attempting to access it return to Weibo’s home page, thus giving up their quest: 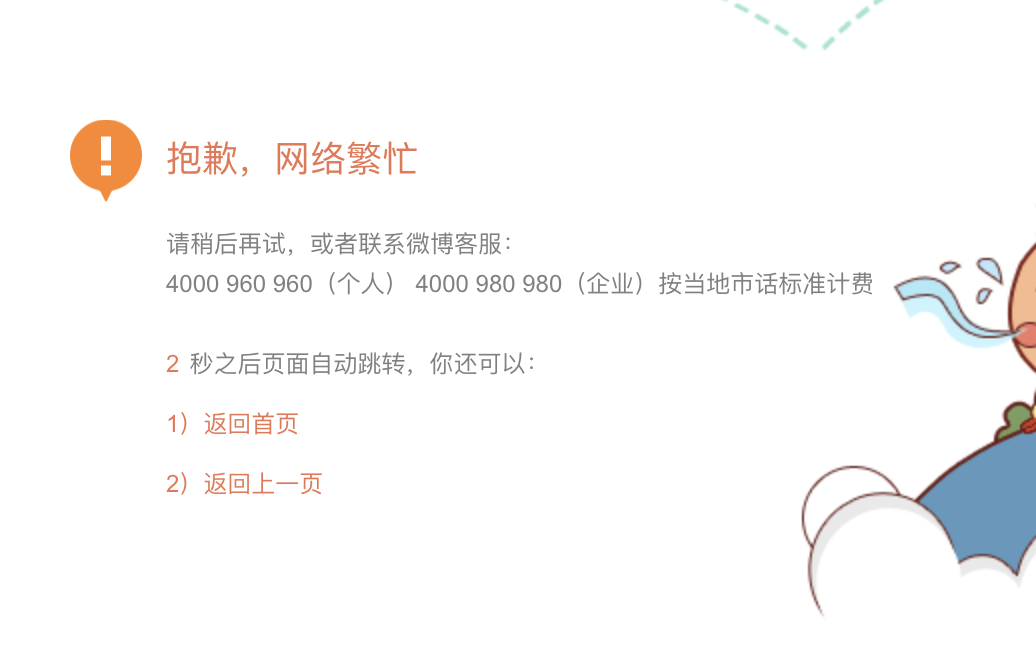 “Sorry, the network is busy”