Protest art scrawled upon Beijing COVID testing stations reveals an undercurrent of anger about China’s zero-COVID policy in the capital. The two seemingly unrelated protests are part of a larger stream of oft-censored artistic dissent against the country’s pandemic policy. Both protests turned testing booths, which have sprouted up everywhere in order to create “15-minute Testing Service Circles” in compliance with central government mandates, into a canvas.  CDT Chinese archived photographs of the protests, both of which were hastily scrubbed off of the testing stations and censored from the internet. The first protest: 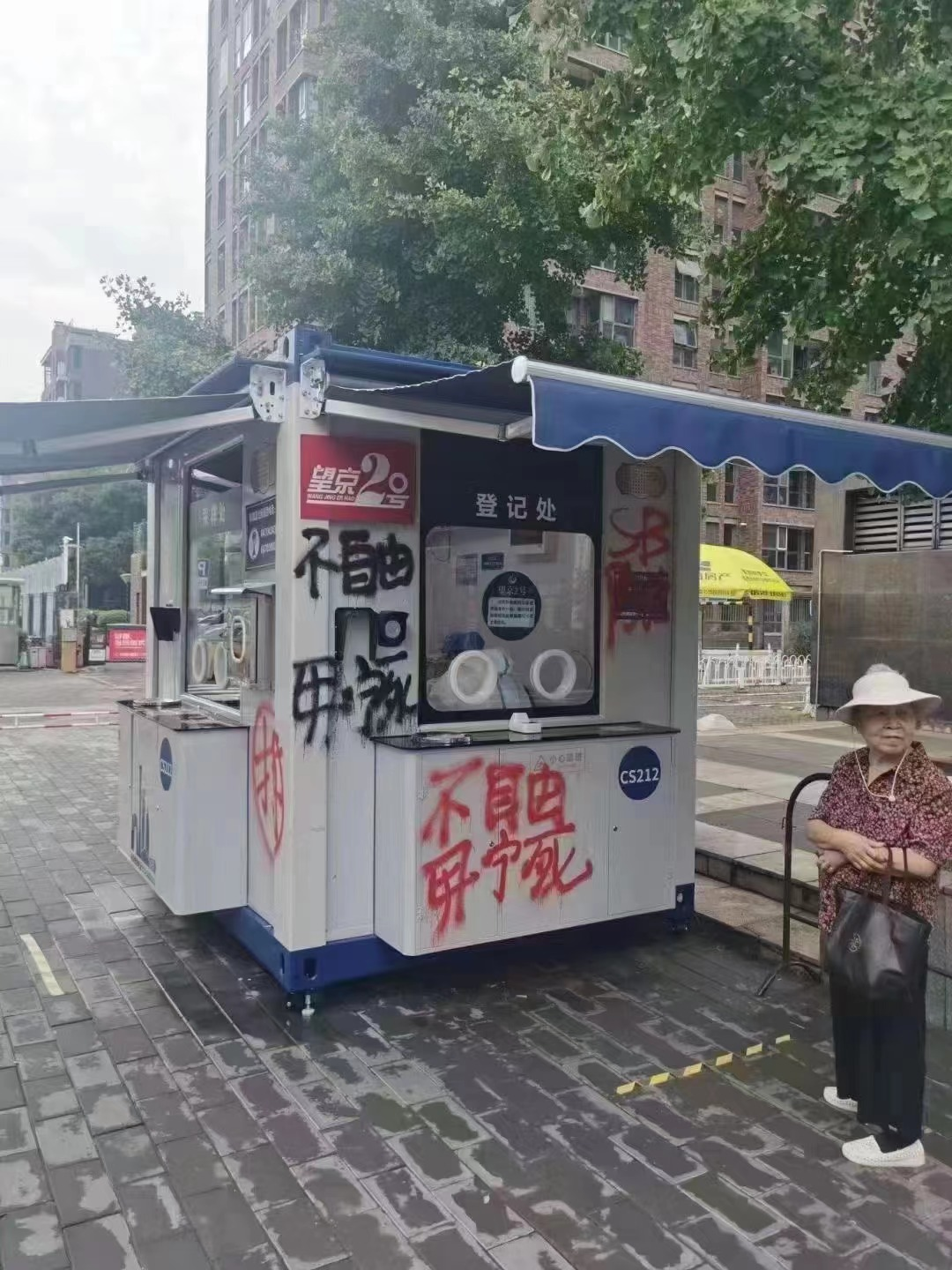 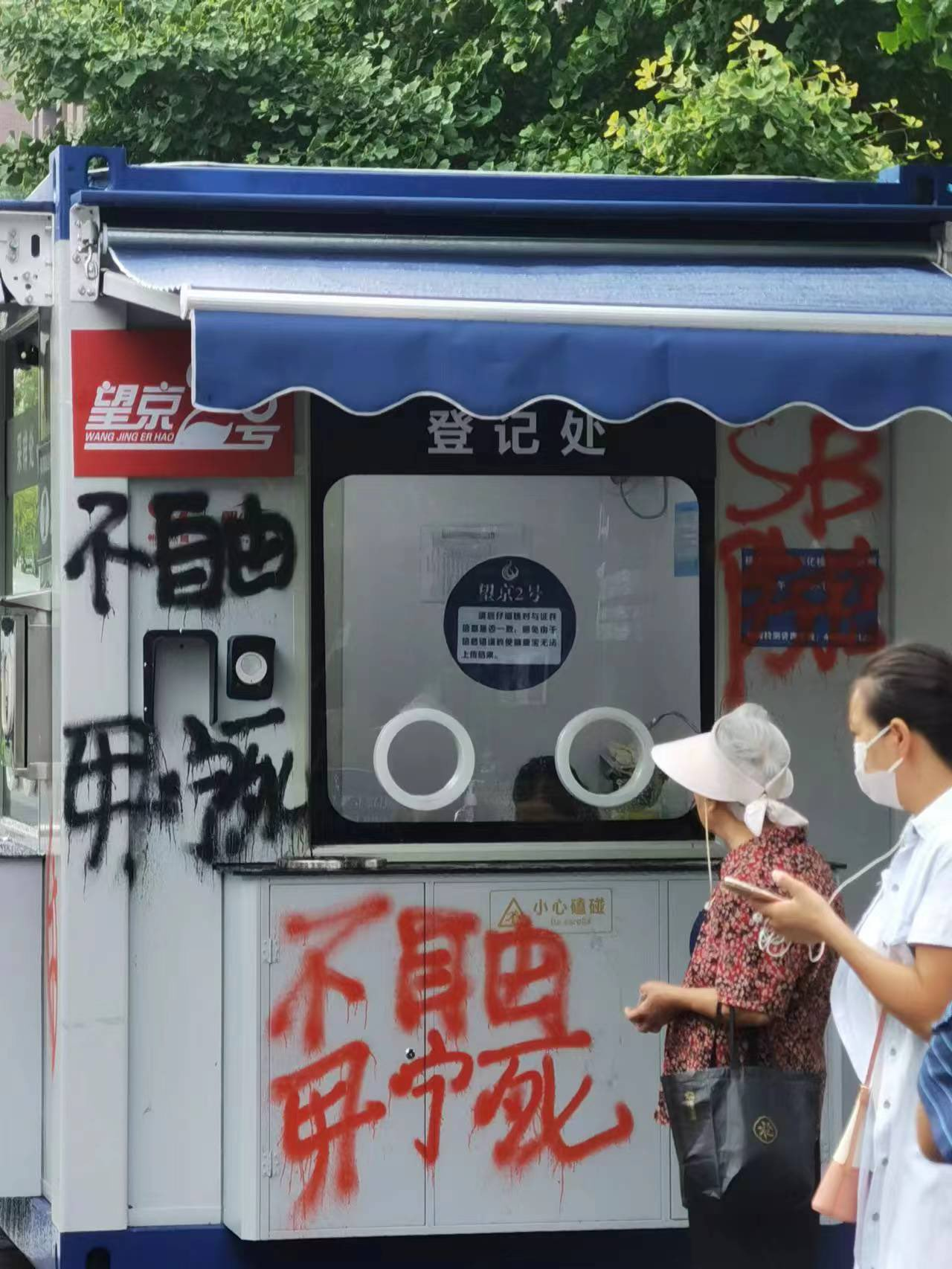 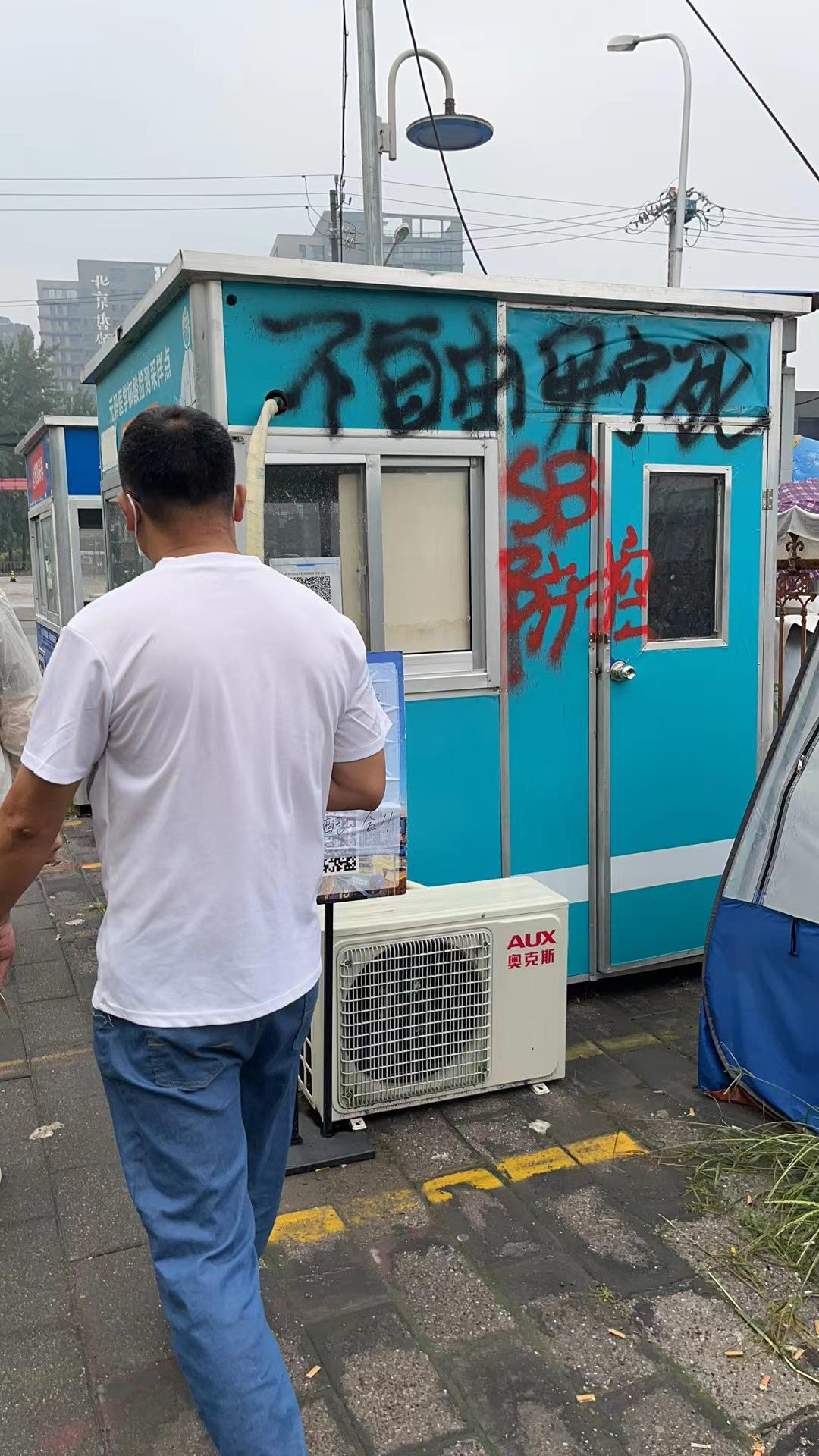 The first protest, graffiti scrawled on two separate testing booths in the same hand, referenced two defining phenomena in modern Chinese history: the 1989 Tiananmen democracy movement and the mass demolition campaigns of the 21st century that earned China the nickname, “where should we demolish?” The artist wrote, “give me liberty or give me death,” a translation of Patrick Henry’s famous 1775 demand that was later adopted by student protesters in 1989, some of whom repurposed it to “democracy or death.” The unknown protester also mimicked the once-ubiquitous “demolish” signs, the character chāi 拆 circled in red, that were seen across China. Mass demolitions left wide swathes of Beijing in rubble, thrusting thousands of people designated by the government as “low-end population” homeless. Perhaps less poetically, the protester also wrote “dumbass ‘prevention and control.’” 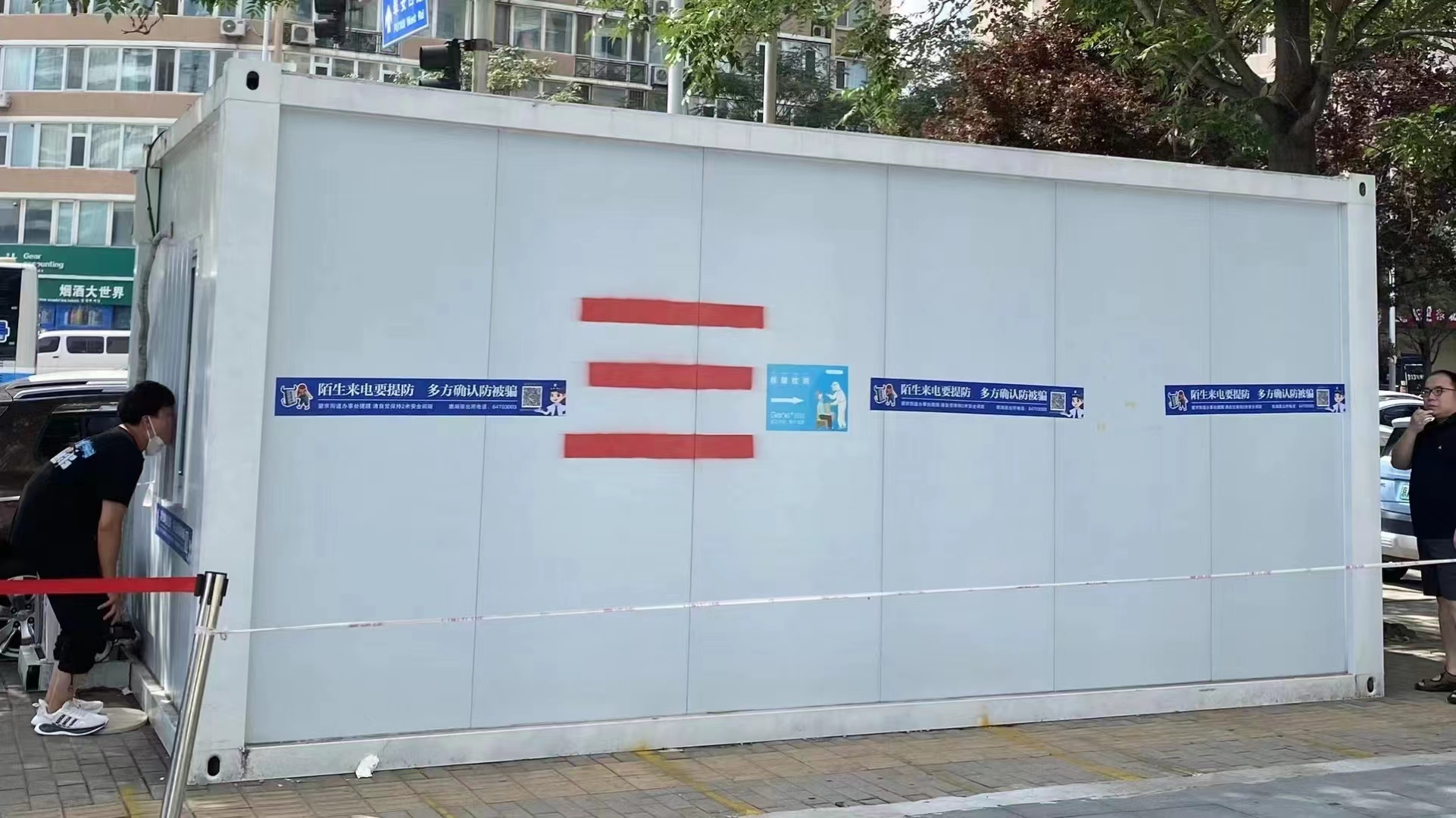 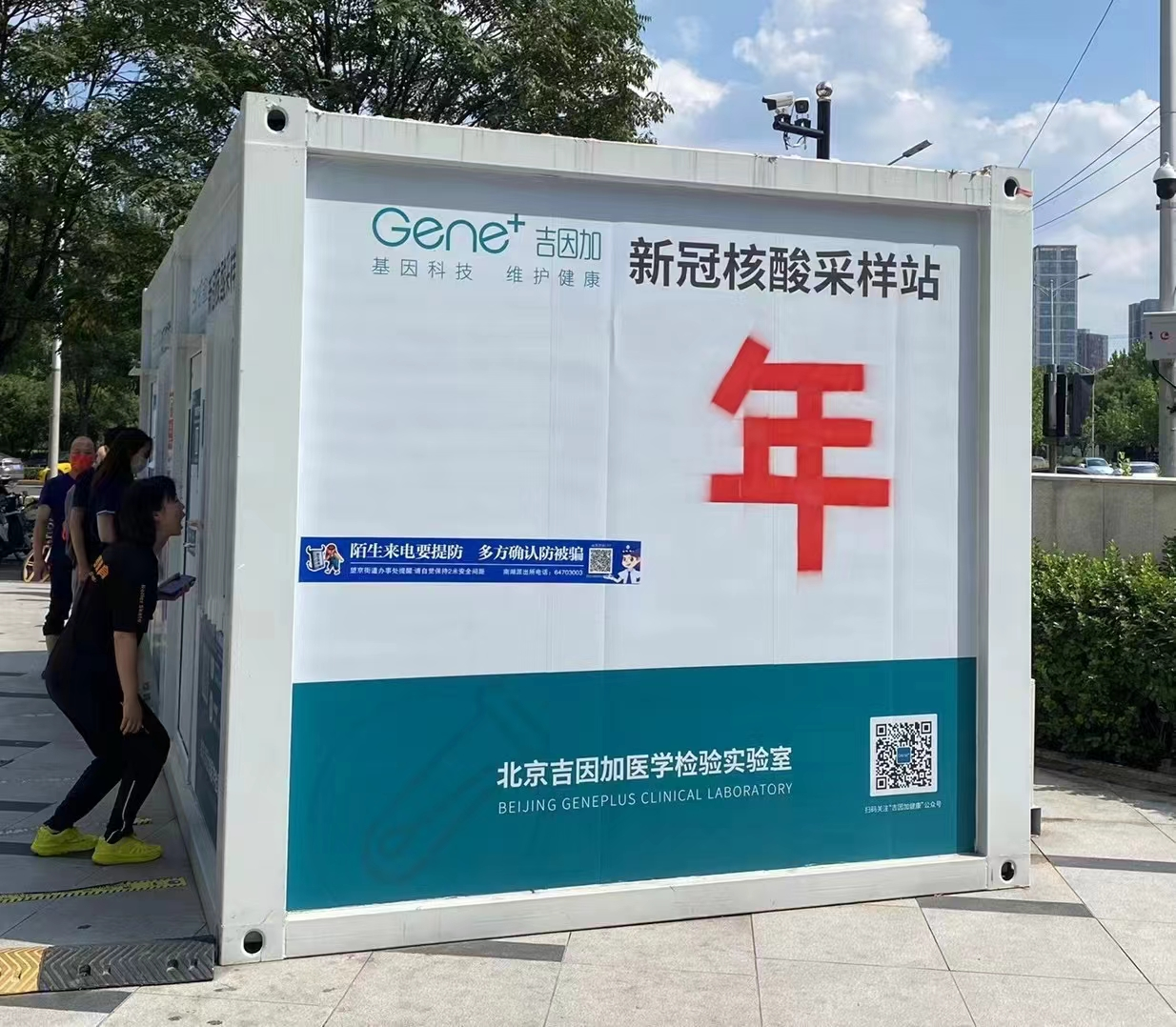 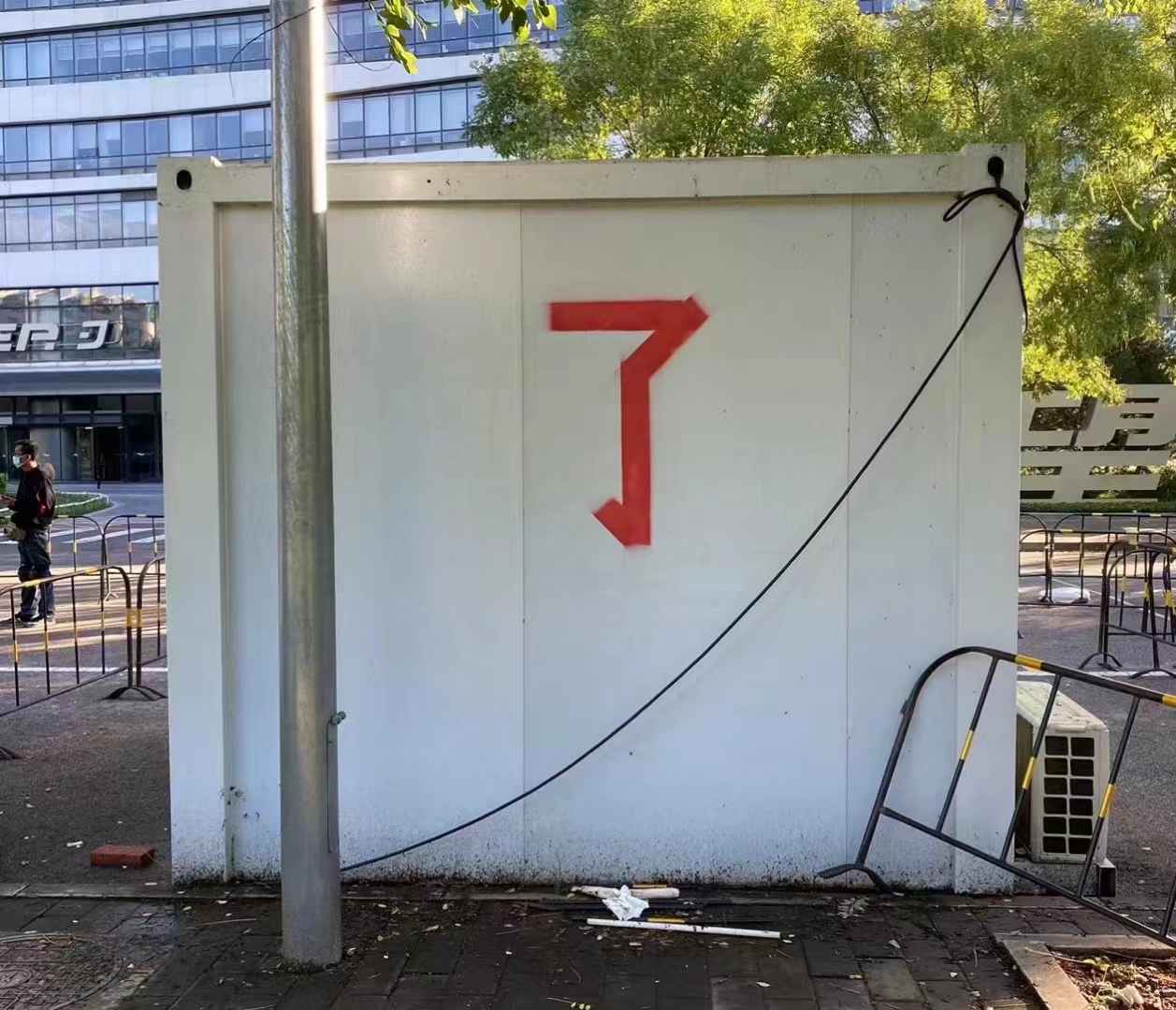 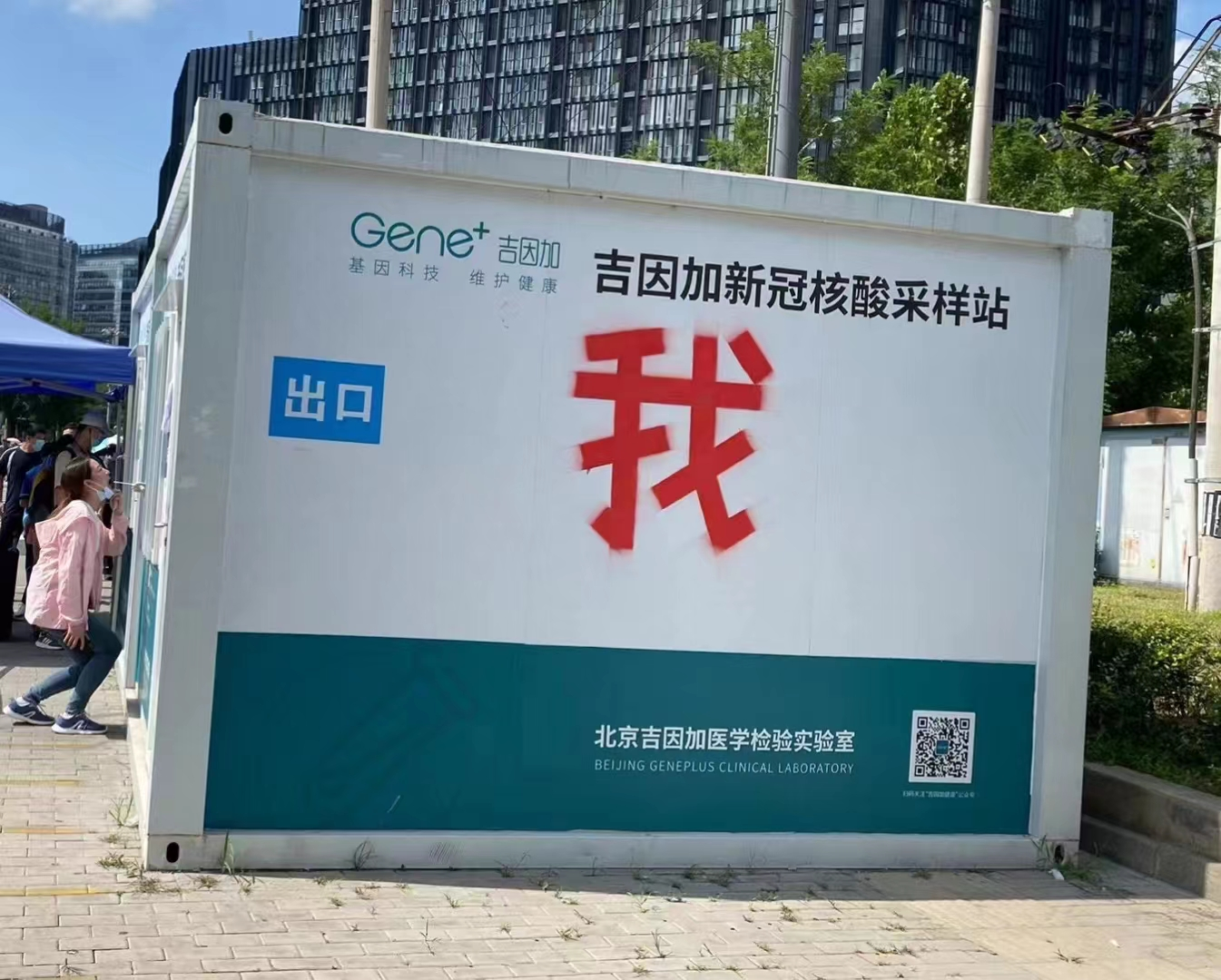 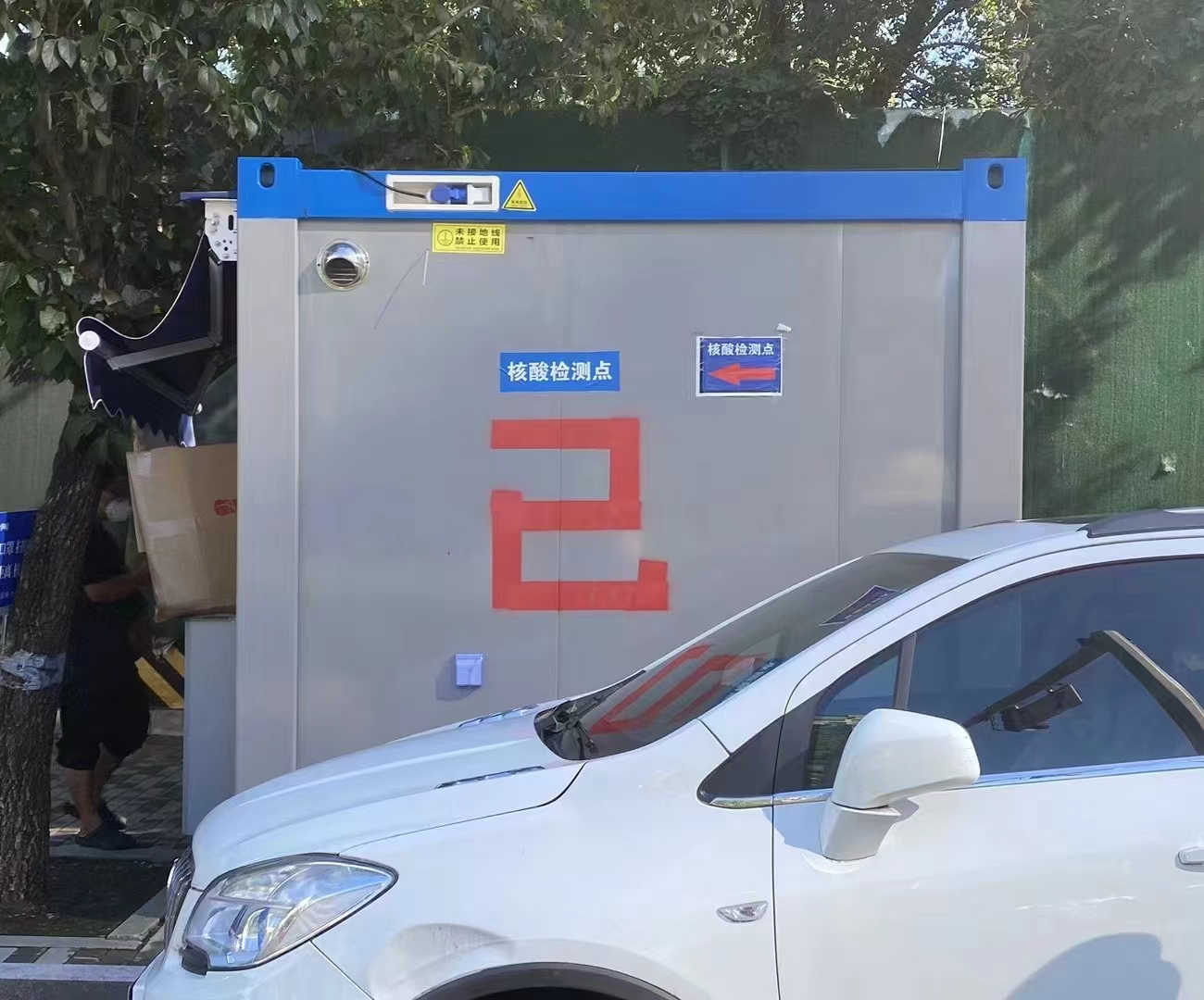 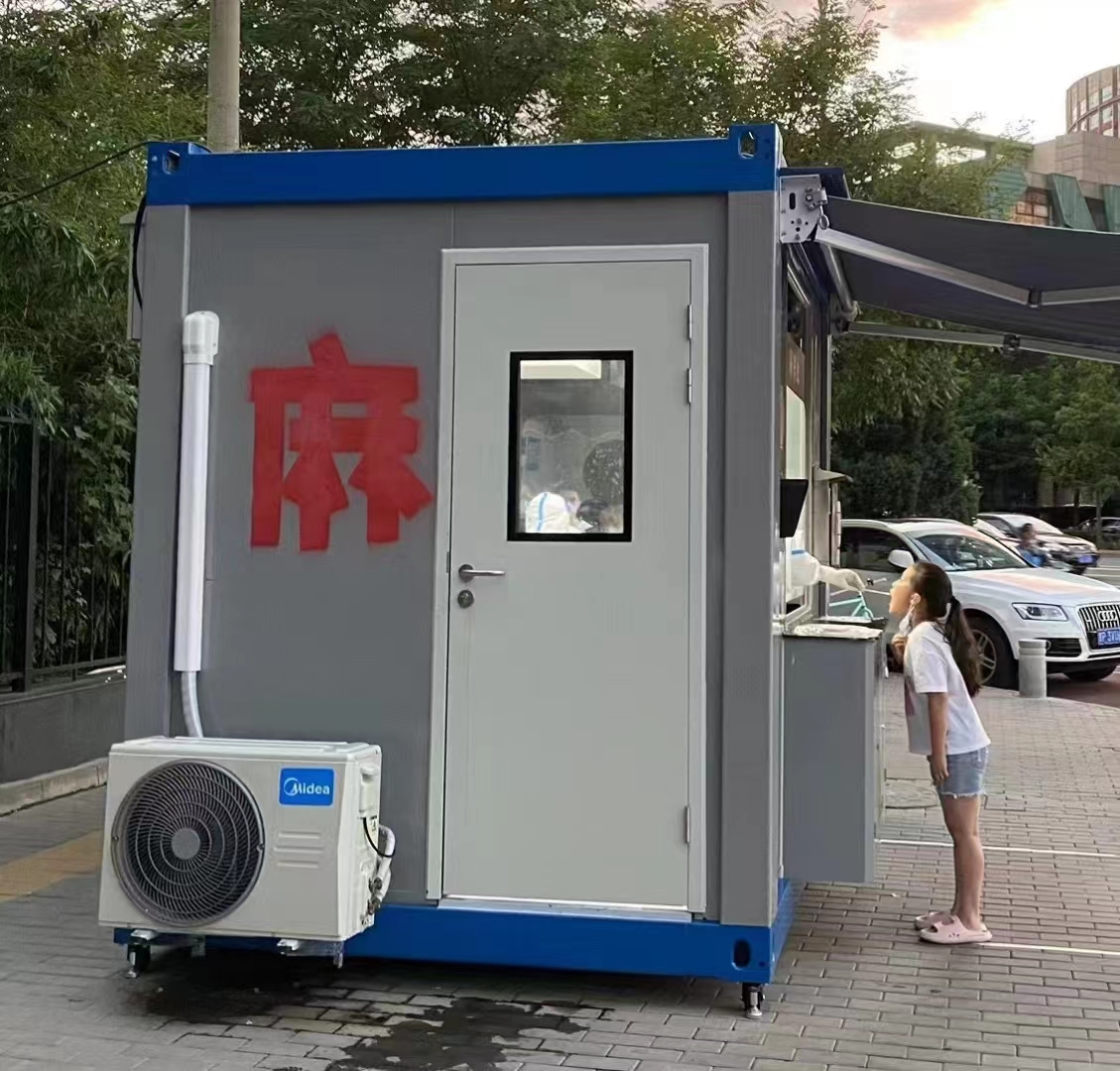 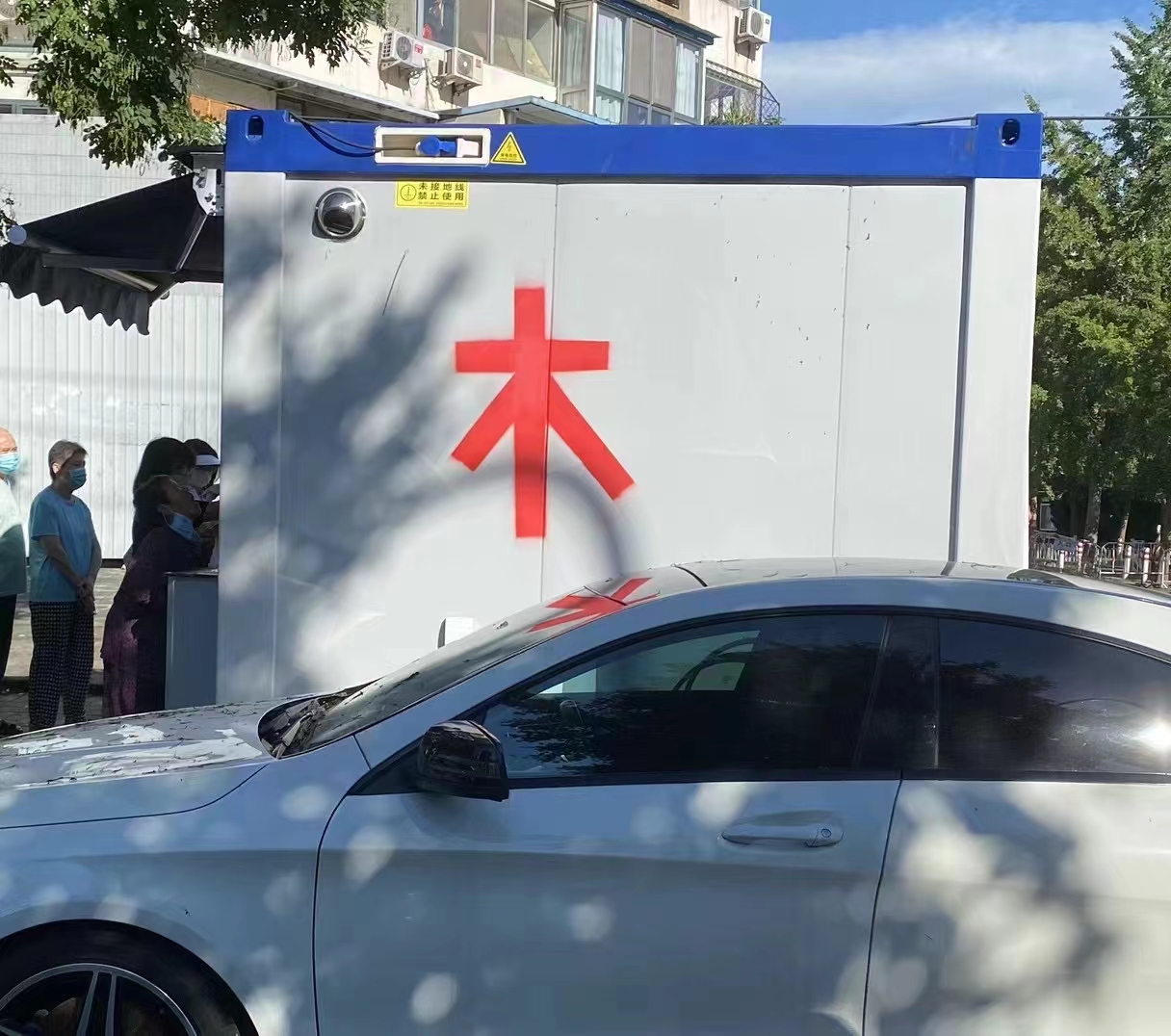 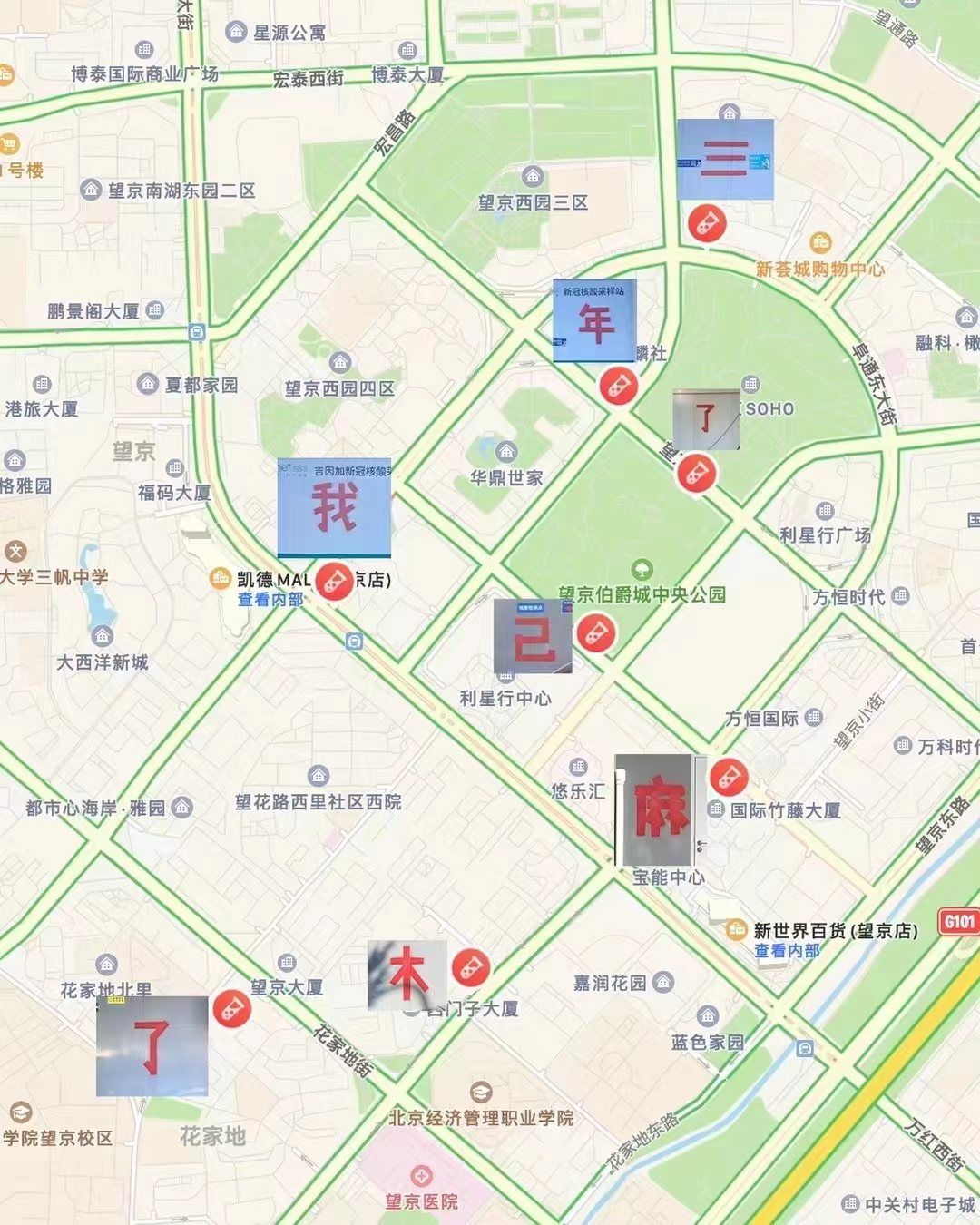 The second protest involved single characters spray-painted onto eight COVID testing booths across Beijing’s Wangjing District that, read together, spelled out: “It’s been three years, I’m already numb.” Since February 2020, when he chaired a 170,000 cadre conference on China’s pandemic policy, Xi has repeatedly stressed that cadres must “overcome paralysis, war-weariness, ‘get lucky’ mentality, and complacency,” most recently doing so during Shanghai’s lockdown. China’s ‘prevention and control’ policy has become a campaign that demands all-out mobilization, leaving no room for “numbness.” As of April, at least 4,000 officials had been punished for outbreaks in their districts—fear of that fate is a key pillar of the country’s COVID policy, writes Dali L. Yang of the University of Chicago.

The Beijing protests are by no means the first outbreaks of artistic dissent against zero-COVID. In November 2021, a Beijing Film Academy student wearing a face mask over their eyes locked themselves in a cage atop which a sign said, “don’t leave the cage unless strictly necessary,” in protest of the schools’ lockdown. Hashtags about the performance were censored on Weibo, as were posts discussing it on Zhihu. During the 2022 Shanghai lockdown, unknown protestors hung banners decrying both the policy itself and the censorship used to shield it from criticism. Tongji University students created ever more abstract depictions of a student’s angry message about the school’s censorship of student criticism of the lockdown measures: “Stop reading from your f***ing script. Why won’t you unmute me? You bastard.” One Shanghai rapper created a track titled “New Slave” that finished with the lines: “When the uniformed care only about their careers and don’t give a shit about life or dignity.” The song was swiftly banned on Weibo and the author later removed it from YouTube due to concerns about the video’s rapid spread. Most famously, the mini-documentary “Voices of April” went viral despite censors’ all-out efforts to quash it. Leaked directives from the Beijing and Guangdong Cyberspace Administrations directed that censors immediately begin a “comprehensive clean-up” and bar “without exception” the video and all derivative images.

China’s COVID policy itself sometimes resembles performance art. Economist correspondent Don Weinland posted a video of a new Shanghai policy whereby hotels share a list of every medium- and high-risk health zone in the country, asking guests to check whether they have traveled to any of them. The result is an absurdly long list of random addresses across China including KTV parlors, student dormitories, and miscellaneous intersections. One commenter wrote: “This is a work of contemporary avant-garde art. If it were an NFT, I’d buy it.”

I’m not sure who the joke is on, me or the people handing out these lists. I asked the receptionist: “you want me to read this?” And she just started laughing. It’s things like this that undermine the seriousness of zero covid in China. Who can pretend this is a good idea?