WangGuoquan: From today on, I’m changing my profile picture to the two characters “citizen.” These characters were written by Sun Yat-sen and are from a sample of his calligraphy, of which a friend made a rubbing. 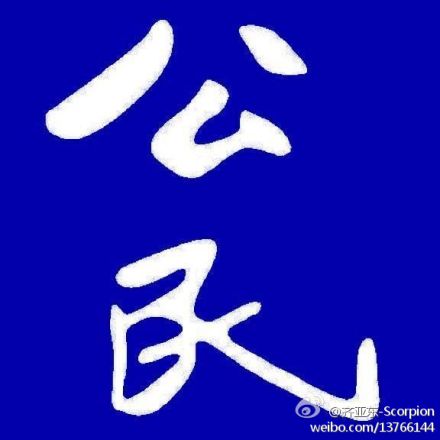 On the evening of May 31, a large group of Weibo users using this as their profile picture suddenly found the image had been removed. @WangGongquan and other netizens called this a “mass beheading.” @WangGuoquan’s post about the phone call he made to Sina Weibo management was also deleted:

WangGongquan: When I called you you said the “higher-ups” made you delete my citizen profile picture. You said “it seems there was something not in compliance.” I asked which higher-ups, what department, which person said it was not in compliance? You just hemmed and hawed and said you’ll respond when you understand the situation. You’ve all received a high level of education. What are the two characters “citizen” not in compliance with? They make you delete a profile picture and you delete it. You recklessly injure users like this and is there any limit to your behavior?

@LaoguSays commented on the incident:

LaoguSays: @WangGongquan: Ha! In the first group of “citizens” there were about 200 people on Sina Weibo whose profile pictures were illegally hacked and deleted by the government’s Internet Management Department (should we call them the Web Traitors?). It was a mass beheading, the martyring of heroes. The white characters “citizen” on a blue background has just been prohibited.

WangGongquan: The national Internet Management Department at Sina has beheaded its “citizen” users!

Below are comments on the “beheading” collected by CDT. Read the original CDT Chinese post here. Translated by Deng Bolun. 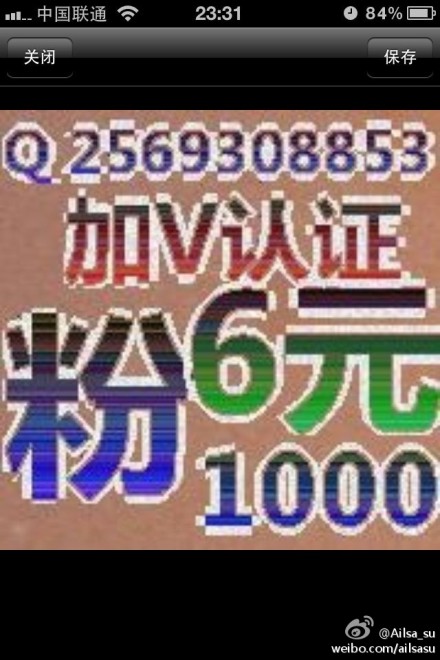 DebangLaosan: Oversensitivity to this point, they really don’t have a mote of confidence! What’s the meaning of a little profile picture?

Killbilldoller1: I’ve been reincarnated [i.e. account was suspended]. If you’re so afraid of us becoming citizens, are you not ashamed to call this a republic? Just be more direct and call it the Slave Empire of China.

Youyi: No wonder I suddenly saw so many headless users ooze out of Weibo.

YYRushishuo: #MicroIdea All I want to know is, why have the white characters “citizen” against the blue background been deleted for absolutely no reason? If they can do virtual beheadings today, what about tomorrow?

FoolsPassage: Change you profile picture and support Mr. @WangGongquan. Give me back my citizen!

WangruiV6: Sina, give me my head back!!!! The heart of the imposing Celestial Empire suddenly fears a common citizen’s profile picture. What’s sadder is it doesn’t examine itself, but only thinks of censoring, locking up, tearing down and blocking up. You go ahead and keep it up. I only want to give you a few words: water can both float a boat and capsize it. Take care of yourself. It isn’t too late to repent!

-Lishen-: Sina will even forcefully remove someone’s profile picture if says “citizen.” Whichever dog f*cker came up with this, if you are a person, then stand up. Don’t pull your head in like a turtle.

HalfCupSettingSun: My profile picture was the two characters “citizen” written by Sun Yat-sen. Sina went and erased it. It’s actually really funny if you think about it. These two characters have become sensitive porcelain. Any hint of titillation and it’s forbidden.

LaonafahaoDengguo: My profile picture has been river crabbed. My final right as a citizen has been taken away.

CitizenVoiceNotOne: Shit! I look away for a second and my citizen profile picture is nowhere to be seen! What policy has this violated? You assholes!

Ierer: Today the name on my Sina Weibo account suddenly changed. It made me feel really strange. For a while I thought my account had been stolen, but this actually wasn’t the case. It was because I used the two characters “citizen” written by Mr. Yat-sen. I, a nobody, became the subject of Sina’s restrictions.