Word of the Week: Believe It or Not, I Do 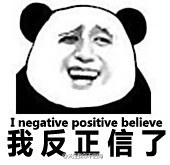 During a press conference held by the Railway Ministry on July 24, 2011, a reporter asked why the government had attempted to bury portions of the high-speed train that crashed in Wenzhou the day before. Ministry spokesman Wang Yongping gave the following response (as translated by ChinaGeeks):

Why was the train car buried? Actually, when I got off the plane today, the comrade who picked me up from the airport said that he already saw this kind of news online. I was on the plane so I didn’t have a good handle on things. I wanted to ask him, “Why would there be such a foolish question? Can an event that the whole world knows about really be buried?” He told me, “It’s not being buried. Truthfully, this news cannot be buried.” We have already tried though countless ways to broadcast this information to society.

What is remarkable is Wang’s eagerness to engage in self-deception and accept such an absurd explanation. Whether the rest of us allow ourselves to be similarly fooled, Wang suggests, is our own problem.

“Whether you believe it or not, it’s up to you, but I do anyway” has become Chinternet meme. This statement has been translated literally from Chinese to English as “I negative positive believe,” implying that Chinese citizens have no choice but to believe what the authorities claim—even if it makes no sense.

Some online parodies of Wang’s remarks:

Housing prices must be raised until they reach reasonable levels. Whether you believe it or not, it’s up to you, but I do anyway.

The Railways Ministry claims that several hundred people were picked up by a UFO. Whether you believe it or not, it’s up to you, but I do anyway. (There were doubts about the official number of those injured and killed, as it contradicted earlier news reports.)

This crash was a drill! No one died! Whether you believe it or not, it’s up to you, but I do anyway.