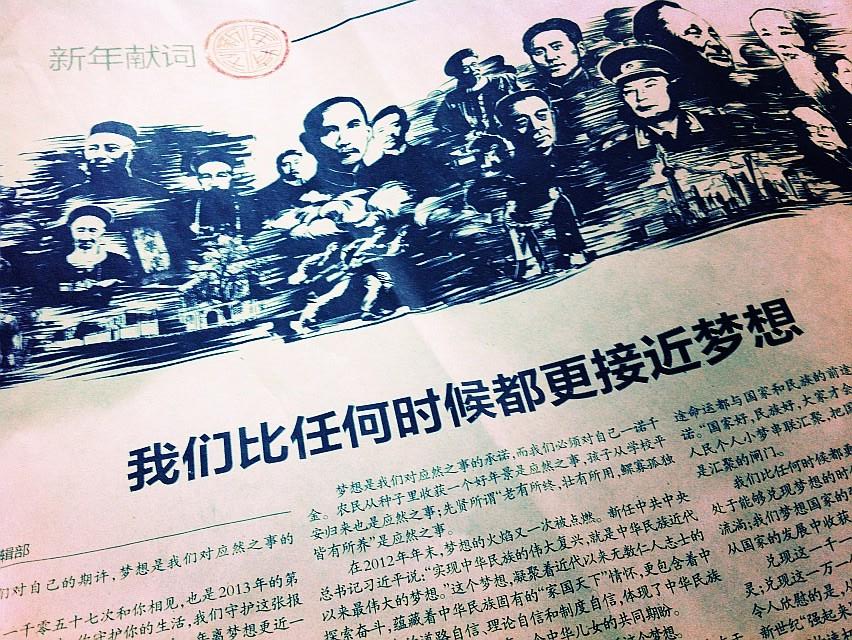 Correction: Southern Weekend (南方周末) has adopted the English name Southern Weekly. This post has been changed to reflect the official title of the paper. “We Are Closer to Our Dream Than Ever Before.” Journalists are pointing fingers at Guangdong Propaganda Department Head Tuo Zhen for turning a call for constitutionalism into a paean to the status quo.

Southern Weekly’s annual New Year’s greeting was utterly mangled this year. A rousing argument for China’s “dream of constitutionalism” was excised by the censors, and it seems that the new head of Guangdong’s Propaganda Department, former Xinhua News Agency Deputy Head Tuo Zhen, held the knife himself. Now three versions of the editorial are available online, including the original, a draft checked by the censors, and the final version attributed to Tuo. China Media Project has an in-depth look at the emerging story.

The text of the original, uncensored editorial is available from CDT Chinese here [zh].

As of January 3, the following search terms are blocked on Sina Weibo (not including the “search for user” function):