For his latest contribution to the Hexie Farm CDT series, cartoonist Crazy Crab comments on prospects for political reform in China by alluding to a Chinese fable about the frog in the well (井底之蛙). According to the fable, which was originally written by the philosopher Zhuangzi, a frog lives in a well and believes that the slice of sky he sees above him is the whole world. When a turtle comes and tells him about the magnificence of the ocean, the frog is left speechless. The phrase, “frog in a well,” is now used to describe someone who is narrow-minded or ignorant about the world.

In Crazy Crab’s rendering, the frogs sitting at the bottom of the well, which is shaped like Tiananmen, can see only the “Chinese Dream” and declare it the best. Meanwhile, skulls peer up at them from a dark corner.

Frogs in the Well, by Crazy Crab of Hexie Farm for CDT: 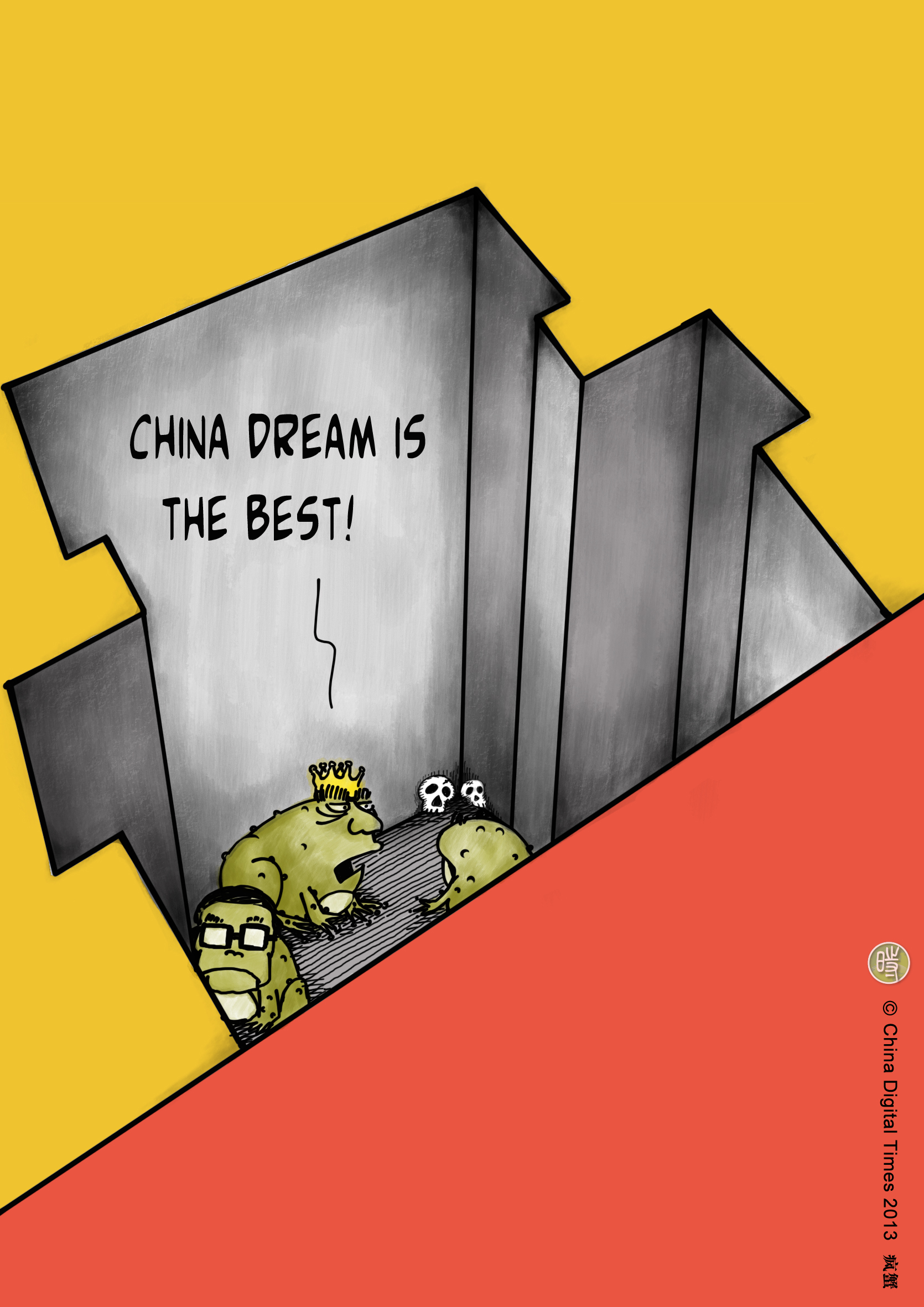