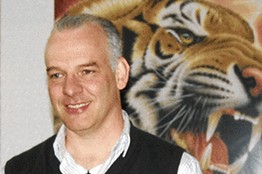 He Zhengsheng, a lawyer involved in the case, has reported that the family of Neil Heywood is close to reaching a deal for compensation with Gu Kailai, who was convicted for Heywood’s murder. Yet there has been some confusion over who is being represented in the compensation negotiations. Heywood’s mother, Ann, earlier released a statement criticizing Chinese authorities for their failure to provide for Heywood’s young children, but He has made it clear that he is not representing her. From the South China Morning Post:

Ann, breaking her silence for the first time since her son was poisoned by Bo’s wife, Gu Kailai , two years ago, said in the statement she was disappointed that the authorities had so far failed to give them any substantial response despite the family’s “repeated discreet approaches”.

“The statement was not released by the family of Neil Heywood,” said He in a phone interview with the South China Morning Post, adding that negotiations between lawyers for Heywood and Gu were continuing.

Ali Bullock, a spokesman for The Wall Street Journal, said: ” The Journal accurately reported the content of a statement released by Ann Heywood.”

A source with knowledge of the Heywood family said Ann and Wang Lulu, Heywood’s Chinese widow, had different opinions on how to handle the compensation process. [Source]

He further claims that the facts in Ann Heywood’s statement are incorrect, the Wall Street Journal reports:

The apparent divisions in the Heywood family add another complication to the challenge facing China’s leadership as it attempts to stage-manage a trial whose outcome legal experts say will have been decided in advance by party leaders.

[…] He Zhengsheng, a Chinese lawyer who says he represented the Heywood family last year at the trial of Mr. Bo’s wife, Gu Kailai, disputed both the content and the provenance of [Ann Heywood’s] statement on Monday. In a posting Monday on Sina Weibo—a microblogging service like Twitter—he said Ms. Heywood’s statement hadn’t been issued by Heywood family members and didn’t “conform to objective facts.”

He said he had conducted several rounds of talks with Ms. Gu’s lawyers over compensation and the two sides were narrowing their differences. [Source]

Read more about Neil Heywood and Gu Kailai via CDT.