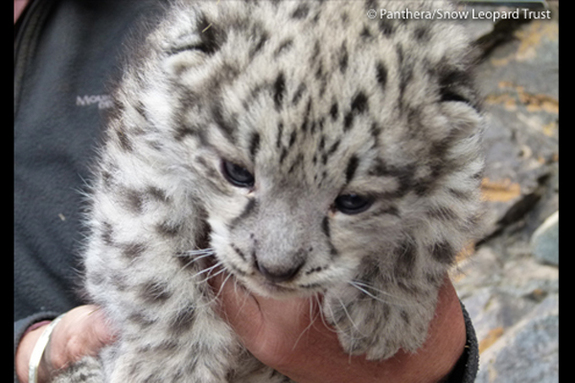 Amid frequent bad news about wildlife issues in and involving China, LiveScience’s Tia Ghose describes Tibetan monks’ efforts to protect the 3,500 to 7,000 remaining wild snow leopards, of which around 60 percent live in China.

Poachers kill the cats for their warm fur and internal organs, which are prized in traditional Chinese medicine. And herders may hunt them because the leopards often eat their sheep or goats. As a result, the snow leopard population has dropped by about 20 percent in the last two decades.

[…] The team found that many Buddhist monks — not just those at the four monasteries they worked with — actively patrolled the areas to prevent the killing of snow leopards; the monks also taught the local people that killing the majestic creatures was wrong. [Source]

Ng Pak-yan, owner of Royal Dragon Seafood Cuisine in Mong Kok, said the person who caught the 5kg hawksbill went to his restaurant on Tuesday evening, asking him to cook it.

He said he had never seen anyone eat a sea turtle in his 20 years in the business and he tried to persuade the angler to release it but the client was not willing to take up his suggestion. So Ng decided to buy the turtle from him.