River-Crabbed: The Rumors Are True 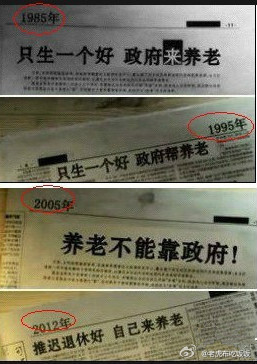 When something disappears from the Internet in China, netizens joke that it has been “river-crabbed,” a play on the euphemism “harmonized.” River-Crabbed is a collection of blog post titles, weibo, and other materials deleted from their original sources on Chinese websites, either found by CDT or brought to our attention by outside projects. The editors have selected river-crabbed information of note from CDT Chinese’s ongoing compendium of the same name (河蟹档案).

The Chinese government is tightening its grip on online “rumor mongers” in an effort to control public opinion. Two Weibo users were arrested on August 21 for allegedly defaming legendary Chinese Communist hero Lei Feng. Then Charles Xue, an American citizen Weibo “Big V” celebrity, was arrested on the 24th on suspicion of seeing a prostitute. The state-run press called him an “online rumor monger” as well.

The weibo below could have been deleted for its sardonic take on rumors, but the number 64 almost certainly flagged it for censors. In Chinese, the crackdown on Tiananmen protesters in 1989 is often called “June 4th,” or simply “Six-Four.”

老虎布吃饭饭: Don’t pass on rumors, don’t believe rumors … this is definitely no rumor … // 章立凡: [Long Live Taxes] The government will turn 64 this year, and still insists on working. Generation after generation, we taxpayers have to support the elderly on its behalf.

1985: It’s good to have just one child; the government will support you in old age.

1995: It’s good to have just one child; the government will help support you in old age.

2005: Don’t count on the government to support you in old age!

2012: It’s good to postpone retirement; support yourself in old age.

Translation: Poems From a Wuhan Nurse