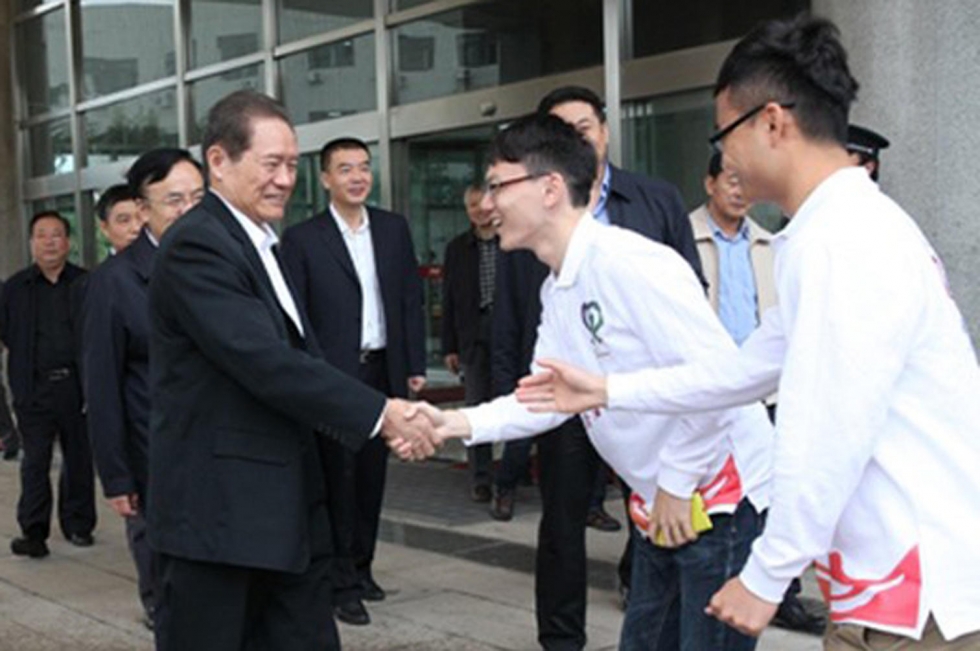 Former security chief Zhou Yongkang, whose associates are at the center of a recent series of anti-corruption investigations into China’s oil industry, made a public appearance on Tuesday at the China University of Petroleum. From South China Morning Post:

Zhou, a retired member of the Communist Party’s all-powerful Politburo Standing Committee, attracted attention with a visit to his alma mater, China University of Petroleum, which analysts suspect was aimed at countering the intense speculation about the graft investigations surrounding his family members and protégés.

Zhou gave Xi his full backing when meeting old classmates and school officials, urging them to pursue the “Chinese dream”, a Xi catchphrase.

“[The university] should become a first-class research university and contribute to the building of a moderately prosperous society and write a new chapter of the petroleum sector [as part of the] Chinese dream,” he was quoted as saying in a report on the university website. [Source]