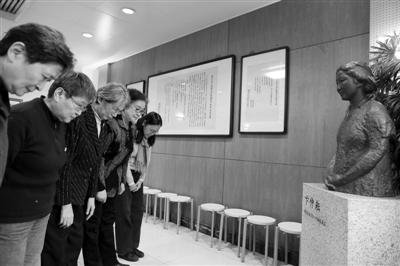 Song Binbin, the daughter of PLA general Song Renqiong, publicly apologized for her role in the beating death of her school’s deputy principal Bian Zhongyun during the Cultural Revolution. Ms. Song was photographed with Mao as a young Red Guard, but later suffered as her father fell out of favor with the chairman. The article mentioned in the directive appeared in the January 13 edition of the Beijing News [zh].