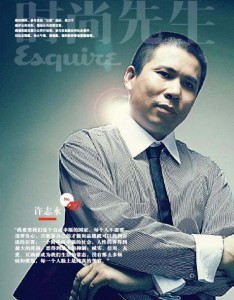 The following stability maintenance instructions have been leaked and distributed online.

Notice from the Beijing Public Security Bureau Domestic Security Department Unit: Starting at 7:00 p.m. on January 20, all district and county DSD detachments must conduct stability control over city-wide stability maintenance targets. During the court hearings of New Citizens Movement cases, transpiring from January 22 to 24, you must not allow stability maintenance targets to appear in the areas surrounding the Beijing No. 1 Intermediate Court or the Haidian court. Stymy destructive influences produced by mass assemblies. (January 22, 2014)

New Citizens Movement founder Xu Zhiyong is on trial at the Beijing No. 1 Intermediate People’s Court today, while four other activists who were arrested last March after protesting for officials to disclose their assets, will go on trial at the Haidian district court on Friday. All are charged with “gathering a crowd to disrupt order in a public place.”

CDT collects government-issued instructions from a variety of sources and checks them against official Chinese media reports to confirm their implementation.

Since such directives are sometimes communicated orally to journalists and editors, who then leak them online, the wording published here may not be exact. The original publication date on CDT Chinese is noted after the directives; the date given may indicate when the directive was leaked, rather than when it was issued. CDT does its utmost to verify dates and wording, but also takes precautions to protect the source.