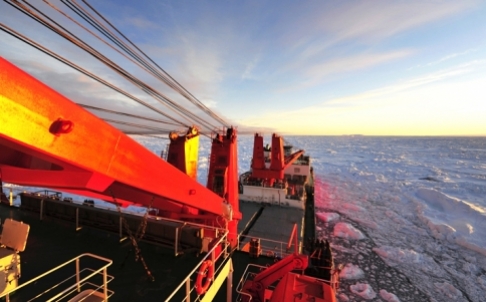 Following calls for China to draw up a blueprint of the country’s objectives in the Arctic and Antarctic regions, a rise in the number of Chinese tourists in Antarctica is prompting calls for the Chinese government to strengthen its tourist regulations in the region as well. Wu Nan at South China Morning Post reports:

China is becoming one of the fastest growing markets for Antarctic tourism, analysts say. More than 2,300 mainlanders – some of them willing to pay up to 500,000 yuan (HK$635,000) – made the journey to the remote southern continent between November 2011 and March 2012.

“As rising numbers of Chinese travel to Antarctica, the Chinese government should issue regulations to help protect its sensitive and unique environment,” said Dai Bin, director of the China Tourism Academy.

Beijing has not issued by-laws for Antarctic tourism. The Tourism Law introduced last year is more a guideline on how tourists should behave while overseas. It does not include specific offences with penalties, and makes no mention of Antarctic travel.

The 1959 Antarctic Treaty, which China signed in 1983, recognises tourism as a legitimate activity and touches upon environmental protection. However, it does not provide detailed guidance on tourist behaviour, nor does it compel treaty partner countries to minimise the impact of their tourists. [Source]

Meanwhile in Antarctica, China’s icebreaker Xue Long has finally made its twelve-day journey to the Great Wall Station where it will begin its original mission after it was delayed by the rescue of the stranded Russian research ship Akademik Shokalskiy. From South China Morning Post:

The Snow Dragon had previously docked at Victoria Land, a few kilometres from the site of its rescue operations for a stranded Russian research ship, before going on a 4,000 nautical mile journey to the Great Wall Station – the first Chinese research station built in Antarctica – which is located far northwest of the rescue site.

[…] On Wednesday, it docked around 1.5 nautical miles from the Great Wall Station, at which point crew and expedition members unloaded barrels of fuel and supplies via the smaller Yellow River boat. [Source]

Xinhua News reports that China is getting ready to expand its research mission in Antarctica with plans to build its first fixed-wing aircraft and a new icebreaker:

The aircraft will be suitable for long distance transport of goods and staff, exploration and emergency response. The purchase plan for the aircraft was approved last year. Research facilities to be served by the aircraft have been chosen, according to the State Oceanic Administration.

China also plans a new icebreaker. A feasibility study on the new vessel has been submitted for approval.

[…] China is looking into establishing a fourth research base in Antarctica to expand the range of research and improve safety. [Source]