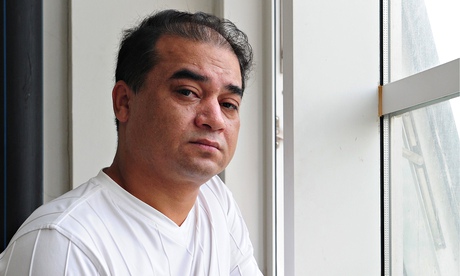 After Uyghur scholar Ilham Tohti was formally charged with “separatism” after more than a month in detention, Al Jazeera reports that he has been barred from communication with his attorney Li Fangping, who claims his client may be facing the death penalty:

Hopes are fading over the plight of a jailed Uyghur rights activist — and for a middle-way solution to escalating ethnic tensions with China’s majority ethnic Han that he represents — with the imprisoned activist’s lawyer saying Tuesday that he fears his client may face the death penalty.

Attorney Li Fangping told Al Jazeera that he has been barred from speaking to Ilham Tohti, adding that there was “a possibility” that he may never again have the opportunity to consult with the man he legally represents.

[…] Days after Chinese media reported that eight Uyghur assailants slashed 143 people at a train station in the southern city of Kunming, killing at least 29 people, Li said he has returned to Beijing after a failed attempt to meet with Tohti at a prison in Urumqi, the regional capital of Xinjiang province, which is home to most of China’s Uyghurs.

[…] “They say they want to keep him from giving up state secrets. They won’t let him talk to his lawyer,” Li told Al Jazeera, adding that he feared that he may never have the opportunity to consult with his client before Tohti facies capital charges. [Source]

Li Fangping’s statement comes days after a deadly knife attack the Kunming Railway Station, referred to by authorities as a “terrorist attack carried out by Xinjiang separatist forces,” has added to tension between China’s Han and Uyghur populations. Rights groups have condemned China’s charges against Ilham Tohti.