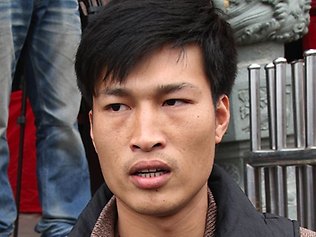 The second of two Wukan village leaders who warned this month of a resurgence by the village’s Party old guard has been detained for alleged bribery ahead of local elections. Hong Ruichao and Yang Semao were among the protest leaders elected in 2012 after an uprising against the village’s former leaders attracted global attention, but disappointment with the new administration quickly set in, and has deepened since. Global Times’ Jiang Jie reports questions over the timing of the new investigations:

Hong Ruichao, deputy chief of the village committee, was under criminal custody on suspicion of taking bribes for public projects in the village, announced the Lufeng city government on its official Sina Weibo on Wednesday.

Hong Ruiqing, sister of the deputy chief, told the Global Times on Wednesday that the bribery took place in 2012 when contractors for the water pipe construction in the village offered 30,000 yuan ($4,839.80) to her brother, but all of it had been returned after a few days.

Another village deputy chief, Yang Semao, also confirmed the bribery, which added to his suspicions as he believed that investigators could have arrested Hong right after the crime. [Source]

Yang was detained last week in connection with similarly old bribery accusations that resurfaced in the build-up to the elections. From an earlier report by Jiang, on Monday:

But he donated half the money to a local school in the name of an anonymous donor and the other half was returned to the contractor, he told the Global Times.

Authorities investigated the same bribes in May last year, Yang said, but no punishment was given at that time.

“I was in charge of education and I didn’t know it would break the law when I used the money for an education fund,” he said. [Source]

South China Morning Post’s Teddy Ng reports that whether or not suspicions of a campaign to subvert the elections are justified, Wukan’s moment has passed:

In a first for the country, the ruling Communist Party eventually allowed villagers to choose their leaders in 2012. Seven village heads were elected from the grass roots – a victory observers dubbed the “Wukan model” and which prompted calls for elections in other mainland cities.

Three years on, however, the residents have become increasingly disillusioned and are unhappy that their lands have not been returned.

Peng Peng, a researcher at the Guangzhou Academy of Social Sciences, said Hong and Yang’s cases raised concerns about officials meddling – but said the upcoming elections had diminished in significance as the momentum from the 2012 reform had waned.

“The election will not have a major impact nationwide. Its significance is overestimated.” [Source]