Praise and Peril for Online Whistleblowers 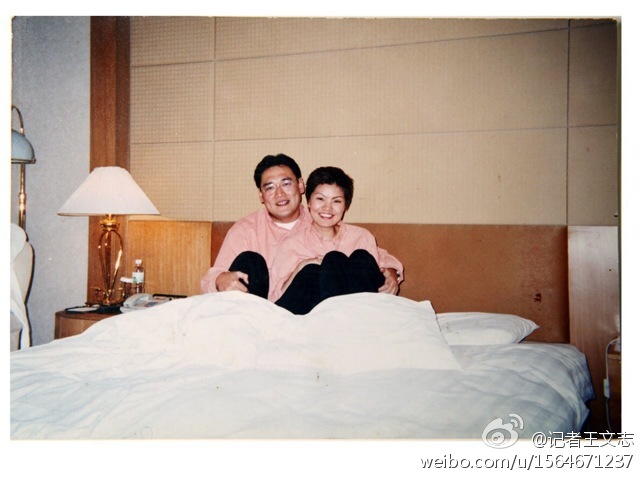 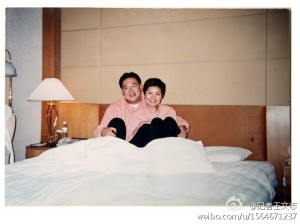 Song Lin was, until Thursday, the chairman of China Resources, a conglomerate operating in China and Hong Kong. The Central Commission for Discipline Inspection has since announced that Song is being investigated for corruption. On Tuesday, Wang Wenzhi, a reporter for a newspaper owned by Xinhua, posted to Weibo a photo of Song and his alleged mistress, who apparently helped Song conceal his graft.

This is not the first time Wang has pointed a finger at Song. Last July, Wang reported that Song had forced his company to follow through on an unprofitable purchase of a mine. Song refuted Wang’s second accusation this week, saying the journalist is engaged in “malicious defamation” (恶意中伤) against him. A denial by Song on the China Resources website has been removed, according to the New York Times.

The People’s Daily Weibo account has heralded the investigation of Song Lin as a “victory for the common people” (庶民的胜利) and exhorting readers to produce more “real-name” exposés (as opposed to anonymous online posts):

#People’s Daily Online Micro-comment# “Investigation of Song Lin a ‘Victory for the Common People’”–The Central Discipline Inspection Commission recently announced that the China Resources chairman is being investigated on suspicion of serious violation of discipline. Reported today, investigated tomorrow–this is a victory for the common people and, even more so, a testimony to the ability of the authorities and the public to work together. Today, “real-name reporting – official response – discipline commission investigation” has already become a new model for the fight against corruption. When corruption is dropped into the vast ocean of the people, where can greedy officials possibly hide? We hope there will be more and more real-name reports going forward!

“Reported today, investigated tomorrow”–When are they talking about? This was first reported last year.

Some Weibo users balked at the label “common people” (庶民), a literary turn of phrase that for some harkens back to the nineteenth century:

The common people?? As an official media outlet, your use of this imperial slight to refer to today’s citizens just exposes your deeply rooted feudalistic ideology. This is the sorrow of the Chinese people.

Wang Wenzhi’s success seems arbitrary, since other muckrakers have suffered for their attempts to out corrupt business people. Last August, New Express reporter Liu Hu was detained after he alleged that State Administration for Industry and Commerce Deputy Director Ma Zhengqi had shirked his duties when he was a local Party secretary in Chongqing. Liu was not formally arrested until September 30, seven weeks after he was taken into custody.

A few netizens have asked if the authorities have an ulterior motive to encouraging online whistle-blowing:

More and more? You’re just trying to draw snakes out of their holes, only to catch them all in one fell swoop, to protect corrupt officials.

Another reporter, Luo Changping, wrote on Weibo about then-head of the National Energy Administration, Liu Tienan accepting bribes in December 2012. Liu was eventually expelled from the Party, but Luo has since been removed from his position as Caijing’s deputy editor to the magazine’s research institute, which does not produce publications.

What blind celebration! Some organizations and people just want everyone to believe they’re fighting, when in actuality this is just a technique to reshuffle the cards!

Release Liu Hu and Xu Zhiyong – now that would be a victory for the common people.

In the midst of Xi Jinping’s anti-corruption campaign, it is still dangerous for members of the public to expose wrongdoing among China’s wealthy and powerful. While Liu Hu’s case is still being contended [zh], Xu Zhiyong, the rights defense lawyer who created the New Citizens Movement, has just begun a four year prison sentence for “gathering a crowd to disturb public order,” one year after adherents called for officials to disclose their assets. One Weibo user reminds the People’s Daily:

We are not common people; we are citizens.

Respected Leaders of the Central Discipline Commission: On July 17 last year, I reported under my real name that deputy minister and China Resources Group chairman Song Lin seriously failed to do his duty in carrying out the purchase of Shanxi Jinye assets, causing a huge loss of national treasure. Out of trust in the central government and the Central Commission for Discipline Inspection, I once again report, under my identity as a citizen, that Song Lin has a mistress and is involved in corruption. Please see the long Weibo [image text] and photo. –Wang Wenzhi, Citizen of the People’s Republic of China

Read more replies to the People’s Daily on CDT Chinese.