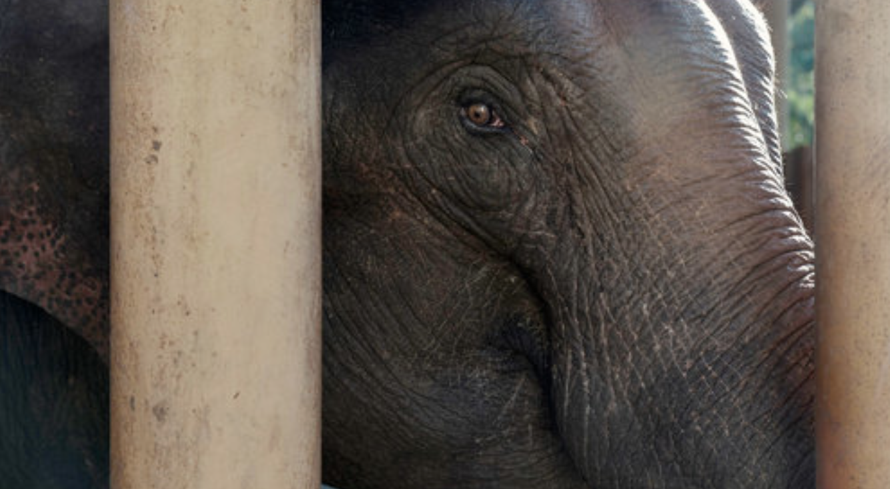 While Chinese demand for ivory threatens Africa’s elephants, Yunnan’s 300 Asian elephants enjoy the relative shelter of harsh anti-poaching laws and growing public affection. The New York Times’ Andrew Jacobs reports, though, that they face growing friction with locals, and erosion and fragmentation of habitats as rubber farming in the province booms.

Since 1995, when four people were executed by firing squad for killing an elephant, only a handful of domestic elephants have been poached for their tusks, according to the state news media, and not one in the past decade.

“Elephants have it pretty good here because it’s safe and there is plenty to eat,” said Chang Zongbo, a local forestry official. “Once the elephants cross the border from Laos, where hunting is allowed, they never want to go back.”

[…] With Yunnan’s forests rapidly giving way to rubber and other cash crops, the country’s half-dozen or so elephant families have become marooned in disconnected preserves. Zoologists say the inability to breed with other herds threatens the elephants’ genetic diversity, leaving them vulnerable to disease.

At the same time, the region’s growing human population has led to a surge in conflicts between man and beast, some fatal. Over the past four years, three people have been trampled to death and a dozen injured in Yunnan by marauding elephants, many of which have become accustomed to grazing on the sugar cane, rice and pineapples planted by local villagers. [Source]

Read more on elephants and ivory trafficking, and on the ecological impact of Yunnan’s rubber farming and associated deforestation, via CDT.

Elsewhere at the Times, Shaojie Huang reports a recent decision to allow prison sentences of ten or years or even longer for those caught eating endangered animals like pangolins. As with ivory trafficking, however, the exceptions provided by an “absurd” licensing system are likely to undermine enforcement.