Why Talk of Subway Ticket Prices Is Banned in Beijing 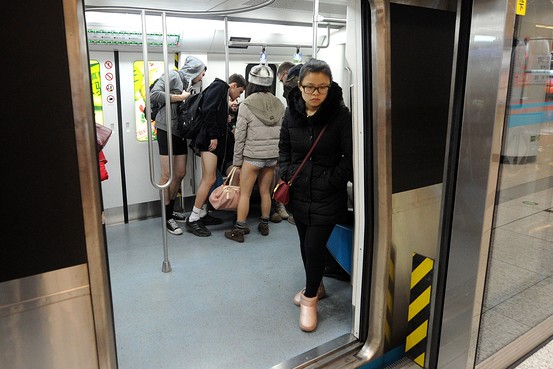 While Chinese sites are scrubbed of posts on anti-Chinese riots in Vietnam and pre-Tiananmen anniversary detentions, Jason Q. Ng reports that even something as relatively innocuous as a subway price hike has also become a target for censors. From China Real Time:

Beijing’s municipal government initially floated the price increase in December, and an outcry erupted online after the shift to a distance-based pricing plan was confirmed in March. The news picked up more steam again last week when a photograph of a document supposedly outlining the specific price increases began circulating. The document said that the fare for trips of less than 6 kilometers would rise [from 2 yuan] to 3 yuan, while trips over 16 kilometers would be capped at 5 yuan.

[…] Authorities quickly moved to denounce the document and said pricing plans are still being evaluated.

Also indicating a level of nuance in the censorship was the fact that not all Weibo posts containing the photo of the document were deleted. For instance, this one from state-run China Daily was allowed to stand because it contained a message refuting the document’s authenticity. But some posts that described the rumored plan, without the image of the document, have remained online, while others that reposted the image with text supporting a rate hike, by contrast, were deleted— indicating selective or incomplete censorship. [Source]

The arguments in favor of price rises, Ng writes, include “some valid points” regarding practical benefits and social fairness. He also notes that, at least according to the government, fares would still be subsidized by two yuan or more per ticket.