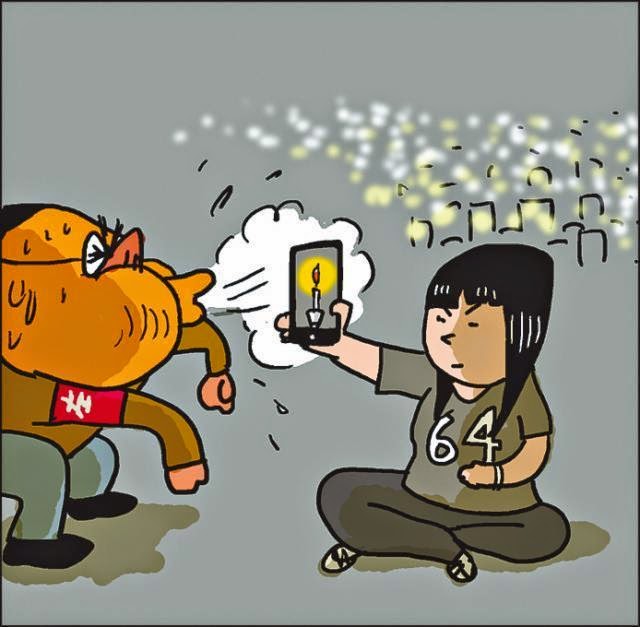 “Internet Maintenance Day” has come again. As in previous years, Weibo is attempting to censor all discussion of June 4th, banning search terms like “6+4” (as in 6/4, June 4th) and “today.” In the WorldPost, CDT compares banned keywords from this year and years past, while Jason Ng discusses 64 blocked searches in the Wall Street Journal. The blog Fei Chang Dao is also tracking censorship surrounding the 25th anniversary of June 4th.

Many of the blocked searches listed below have been blocked before. See our Sensitive Words posts from June 2012 and June 2013, and searches banned on May 22 and May 27 of this year.

As of June 4, the following search terms are blocked on Weibo (not including the “search for user” function).