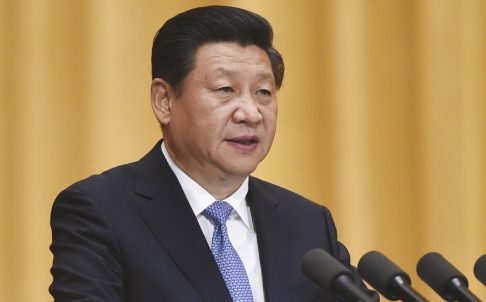 Last month, China’s state media reported that the National Development and Reform Commission (NDRC) was drafting a plan for the integrated development of Beijing, Tianjin, and Hebei Province. The announcement came months after President Xi Jinping called for the integration of the neighboring areas into a regional economic hub. From China Daily:

Intensive efforts are being made to draft an integration development plan for Beijing, Tianjin and Hebei Province, a senior official of China’s top economic planning body said Wednesday.

The neighboring areas are faced with problems in coordinating development, Fan said. Beijing is overpopulated and overloaded with functions, and there is no clear delineation of roles and functions in the three locations, he told reporters.

[…] [Three months ago,] President Xi Jinping called for integrated,coordinated development of the region around Beijing in terms of functions,industrial distribution, urban layout, transportation, and others, with detailed measures in finance,investment and project schedules.

The idea of a regional cooperative bloc is not a new one for China. Shanghai’s Yangtze River Delta and the Guangzhou’s Pearl River Delta have brought economic booms to their cities thanks to coordinated industrial and commercial partnerships.

For more official explanation of the integrated development plan, see a China Daily portal focused on the topic. A report from the South China Morning Post describes how the proposed economic hub—which will be known as the Jing-Jin-Ji (京津冀) region and will have a combined population of over 100 million—fits into a leadership tradition of economic development that goes back to Deng Xiaoping, and outlines some of the project’s challenges:

Every administration since Deng Xiaoping’s has taken on an ambitious economic project that defines its legacy.

[…] The industrial base in the Pearl River Delta took shape in the 1980s after Deng’s move to turn Shenzhen and Zhuhai into special economic zones. A decade later, the administration of Jiang Zemin and Zhu Rongji pushed forward the industrialisation of the Yangtze River Delta by designating Shanghai’s Pudong area the financial hub of the nation.

The fourth generation of leaders, Hu Jintao and Wen Jiabao , turned their focus to underdeveloped areas of the mainland, and sought to address income disparity with their “Go West” and “Develop Central China” campaigns.

[…] The Hu-Wen administration accelerated development in inland regions but failed to address the structural problems in the economy to make growth sustainable.

Yang Long , a professor of political economy at Nankai University in Tianjin, said the current administration faced similar challenges. “The new leadership has to tackle these deep-seated structural problems with the experiments to be tried in the Jing-Jin-Ji region.” […] [Source]

An earlier report from the SCMP noted that the regional integration, along with other new policies being drafted by the NDRC, would help in allowing China to meet its ambitious new urbanization plan, which includes raising the urban population from about 52 percent today to 60 percent in 2020. Foreshadowing the coming regional integration and stirring local housing markets, Hebei’s provincial government announced in March that the city of Baoding would soon take on some of Beijing’s administrative functions. While local and central authorities later denied knowledge of the move, it spurred rumors that the city, 140 km southwest of Beijing, could become China’s “auxiliary capital.”