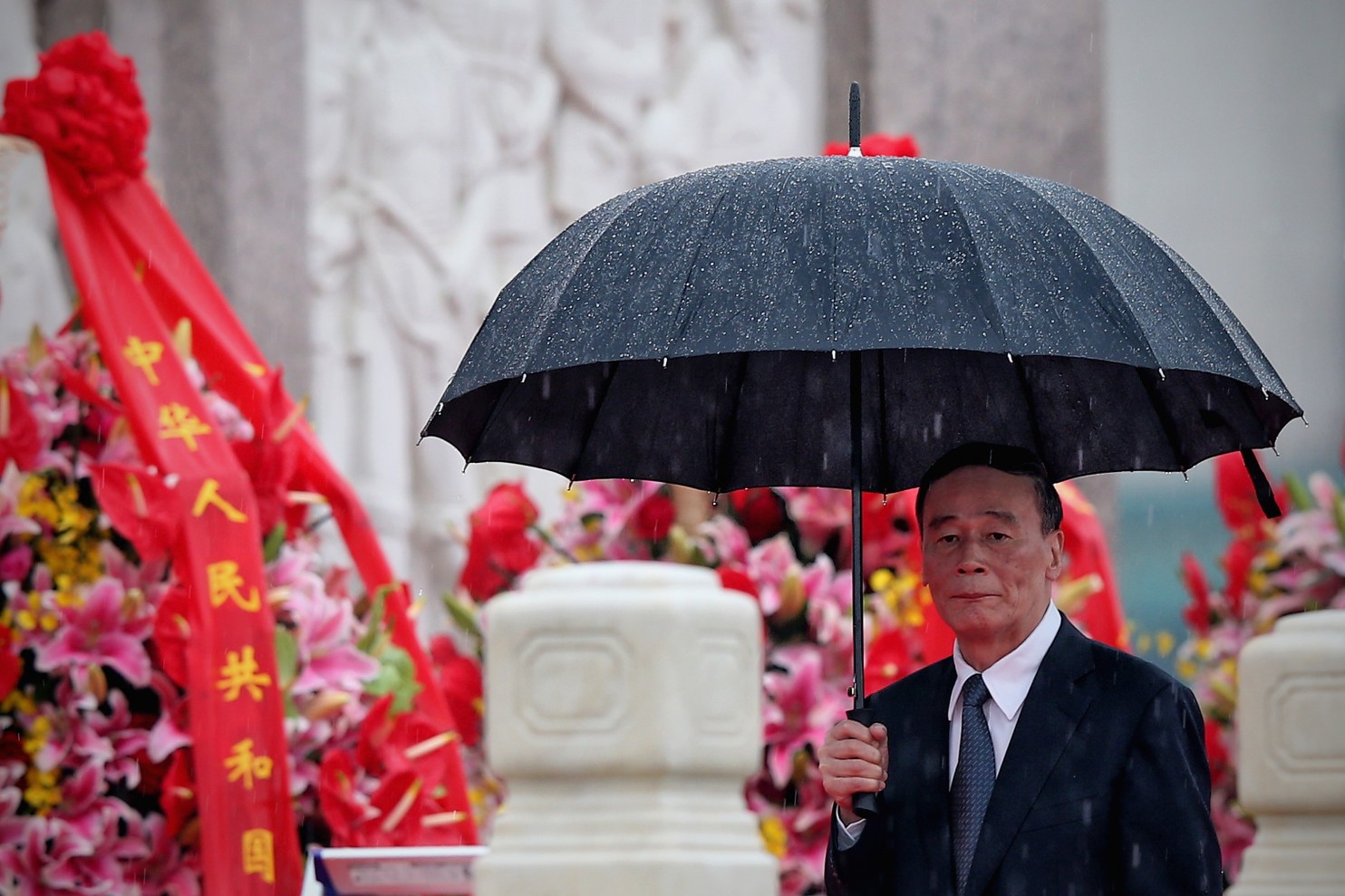 As Xi Jinping’s anti-corruption campaign continues amid suspicions of ulterior motives, The Washington Post’s William Wan offers an in-depth exploration of the agency behind it, the Central Commission for Discipline Inspection. He describes its head, Wang Qishan—an admirer of Alexis de Tocqueville and Frank Underwood, and a close ally of Xi—and the changes that are underway within it.

The anti-corruption agency has existed in some form since 1927. But for much of its history, its investigations were often seen as shams, used to justify the expulsion of low-ranking cadres or senior officials who had lost internal power struggles.

Now, its investigations have become far more aggressive and publicized, and the agency is taking on higher-ranking leaders. The commission is secretive and highly compartmentalized, but several current and former staffers and party officials talked about its operations on the condition of anonymity.

“There is no Western equivalent,” said Chris Johnson, the CIA’s former top China analyst. “It has elements of the FBI, U.S. Treasury Department, Secret Service and GAO [Government Accountability Office] all rolled into one.”

The Chinese commission has far more latitude than those U.S. agencies and is much more politicized. It operates entirely outside the legal system, as a Communist Party justice mechanism. Its investigators need no warrants to seize evidence. And it has the power to imprison and interrogate any party official.

[…] With corruption so rampant in China, the question often isn’t who is dirty, but whom to target. And many say that the decision remains a political one. [Source]

Wan discusses the feared shuanggui system in which accused officials are held for interrogation. Because its inmates were themselves officials, they have often received little sympathy or concern even from human rights advocates, but serious abuses have been reported. Although six people were imprisoned last year for their parts in torturing a state-owned enterprise employee to death, the system is generally opaque, and accountability is rare.

At AFP, Tom Hancock presents the shuanggui account, based on a leaked recording, of Jiangxi official Zhou Jianhua. Zhou claims to have been targeted by Jiangxi’s former Party chief Su Rong, and to have helped bring about Su’s own subsequent downfall with information he provided during his detention.

When Chinese official Zhou Jianhua refused to tell Communist Party investigators he had received massive bribes, he says they beat him and forced him to drink toilet water until he confessed.

[…] Lawyers say his case demonstrates how the faction-riven graft investigations can mask power struggles and are carried out with little respect for the law.

“They used my relatives as hostages, and tortured me unrelentingly until I accepted the fabricated charges,” Zhou – handed a suspended death sentence earlier this year – told his lawyers in a recorded meeting.

The Party’s internal justice system, known as “shuanggui”, operates without oversight from judicial authorities and has been increasingly criticised by China’s legal community.

More than 15 officials have reportedly died from abuses in “shuanggui” since 2007. [Source]

More refined methods may be on the horizon. At South China Morning Post, Stephen Chen highlights claims by Chinese scientists to have identified a particular brain region associated with the pursuit of “wealth at the expense of moral goodness.” Their research raises the possibly faint prospect of eventually fighting corruption on a new, medical front.

[… I]f bribe-taking was found to have a physical correlation in the brain, scientists could look at alternative ways to modify behaviour, including medication or psychotherapy, [Peking University Neurologist Dr Ge Jianqiao] said.

Dr Cao Jun, a neuroscience researcher at the academy’s Kunming Institute of Zoology, warned that any study would require not only the subject’s consent, but also approval from the government. “The biggest challenge to such a study will not be scientific, but political,” he said.

“Without authorisation, no scientist will be allowed to scan the brains of former government officials in jail. Unless a decision is made by government leaders at the highest level, no scientific institute would dare fund or even approve the project,” Cao said.

People convicted of corruption may also be unwilling to help research, he said. “While corrupt officials are hated by everybody, they are human beings,” he said. “We can’t probe their brains without their consent.” [Source]

Whatever breakthroughs may lie ahead, Offbeat China argues that a disciplinary inquisition is a fundamentally flawed and limited approach. In March, Wang Qishan announced the formation of a new internal affairs branch to monitor the rest of the CCDI, but without greater transparency and accountability—calls for which have been fiercely stifled—the problem of watching the watchmen is inescapable. [Update: The Washington Post’s William Wan quotes arrested rights lawyer Pu Zhiqiang: “It is the guilty sitting in judgment of the guilty. It has nothing to do with law and justice.”]

The biggest problem of such a system of officialdom censors [in the sense of monitors and enforcers of discipline among officials] is that its effectiveness almost solely depends on the quality of censor officials – the best scenario is a groups of honesty and fearless censor officials hunting down a few “tigers”, the more likely scenario is these censor officials gradually becoming “tigers” themselves and serving as protection for “flies.”

Unfortunately, the later scenario is what’s most commonly observed throughout China’s history, and is also what’s most likely to happen today. In 2014 alone, 4 officials at the Central Commission for Discipline Inspection have been sacked due to corruption, including former deputy Secretary General and Chief of Staff.

[…] The only solution, as many Chinese netizens pointed out, is political system reform. “The best system is one that prevents corruption from the very beginning, not one that tightens control over already-happened corruption cases.” One netizen commented. “Rule of men, no matter how effective, will never work better than rule of law.” Another netizen commented.

“Without reforming the political system, all anti-graft campaigns are but a redistribution of power.” […] [Source]