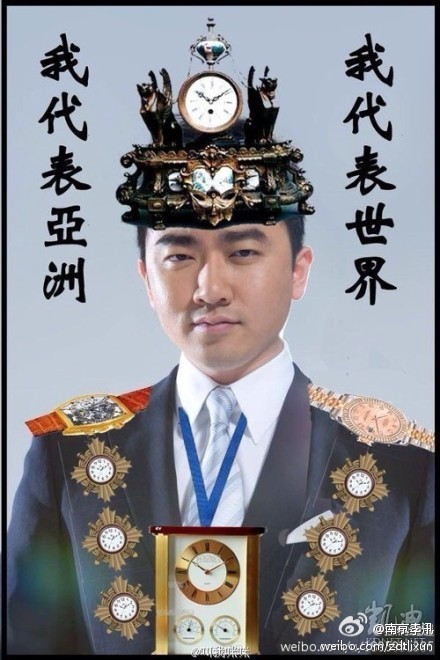 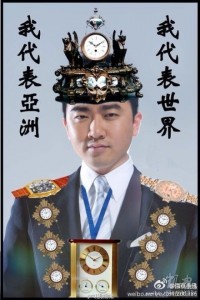 CCTV host Rui Chenggang has built his public image on a staunchly patriotic and nationalistic demeanor—the LA Times describes Rui as “China’s Stephen Colbert—only his patriotism shtick isn’t a put on.” Long a controversial figure in China, many of Rui’s critics reveled in the recent announcement that the celebrity anchor had been detained and is now facing an investigation for alleged corruption. The following netizen comments pointing out Rui’s hypocrisy were deleted from Sina Weibo, and retrieved from FreeWeibo:

赵士林: Thoughts on Rui Chenggang’s custody—many practitioners from CCTV and other official media have become the symbols of today’s China: gilded on the exterior, broken-down inside; presenting earnestness, living shamelessly; on their lips virtue and morality, in their souls thieves and whores.

南京李汛: When Rui Chenggang came on the scene, virtually no one sympathized with him. There is an essential difference between him and his predecessors, Cui Yongyuan and Bai Yansong–Rui has always maintained the utmost agreement with the corrupt system. He defended the Yangzhou Party Secretary’s high salary. He ridiculed the U.S.’s incorruptible ambassador. He even tore into Cui Yongyuan for pleading on behalf of the people. He may want to represent China or even Asia, but he doesn’t want to represent the interests of the taxpayers.

While Rui’s fellow and equally nationalistic state-media celebrity Hu Xijin, editor-in-chief of the Global Times, didn’t offer his colleague direct support, he did jump to the defense of Chinese patriotism:

胡锡进: Patriotism springs eternal in Chinese culture. No one is qualified to be its “spokesperson,” including Rui Chenggang. So if you must curse, curse Rui Chenggang, not patriotism. I know there are people online who have no idea what they’re talking about, or who are exceedingly arrogant. But I hope that’s not you.

主要是防止左: I hope you get kicked out just like Rui Chenggang!

極地冰封V: The China I love isn’t your Party’s country!

–yuan-H: I saw “patriotism” in the Carrefour boycott of 2008, in the calls to kick Starbucks out of China, in the smashing of Japanese cars. I saw the government appeal to “patriotism” during the melamine scandal. In these few short years, I’ve found these “patriotic” acts to be completely absurd and hypocritical. But I’ve never found any motivation in patriotism. The more we emphasize patriotism, we just become more populist and extreme.