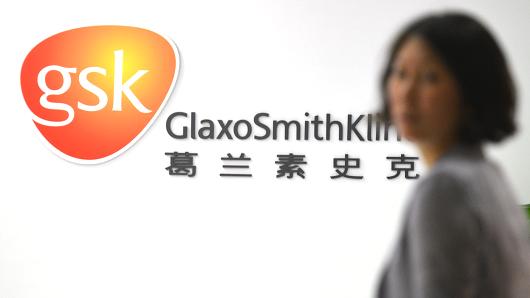 Following an investigation for corruption, a court in China levied an unprecedented fine of $487 million on British pharmaceutical company GlaxoSmithKline. Keith Bradsher and Chris Buckley of the New York Times report:

After a one-day trial held in secrecy, the court also sentenced Glaxo’s British former country manager, Mark Reilly, and four other company managers to potential prison terms of up to four years. The sentences were suspended, allowing the defendants to avoid incarceration if they stay out of trouble, according to Xinhua, the official news agency. The verdict indicated that Mr. Reilly could be promptly deported.

The report said they had pleaded guilty and would not appeal. Glaxo said in a statement that it “fully accepts the facts and evidence of the investigation, and the verdict of the Chinese judicial authorities.”

[…] “It’s very hard to do business in the Chinese health care and pharmaceutical sectors without doing payoffs,” said David Zweig, the director of the Center on China’s Transnational Relations at the Hong Kong University of Science and Technology. “Everyone else pays bribes. Glaxo just got caught.”

Beijing officials have gone out of their way in the last two weeks to deny complaints by foreign business groups and governments that China’s continuing legal crackdown represents an effort to discriminate against multinationals and help Chinese companies compete with them, at a time when economic nationalism is rising in China. But the scale of the fine against Glaxo was far greater than fines known to have been leveled against Chinese companies for bribery. [Source]

Sources confirmed to CBC that GSK’s former China manager Mark Reilly would be deported and would avoid prison time in China:

Mark Reilly, the former China head of British drugmaker GlaxoSmithKline PLC, will be deported from China for his role in a corruption scandal and will not face jail time in the country, according to a source with direct knowledge of the matter.

Sources with knowledge of the matter said that Reilly had received a three-year suspended sentence and was awaiting details of his deportation. Meanwhile, four Chinese nationals also received suspended sentences of varying lengths, the source added. [Source]

The investigation into GSK also ensnared corporate investigators Peter Humphrey and Yu Yingzheng, who were sentenced in July to two and a half and two years in prison, respectively. A number of foreign companies have been subjected to anti-monopoly investigations in recent months.