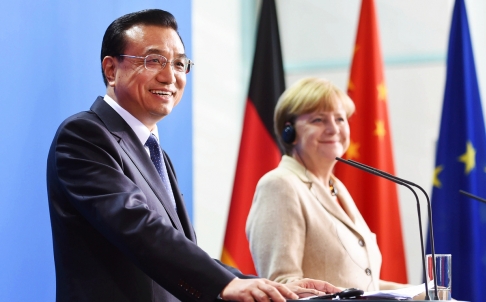 “I felt a bit panic when I first heard this because anybody like us could be next, but later I realised that I have been living in the shadow since the first day I took the job,” a Chinese news assistant for a foreign media company in the capital, who preferred not to reveal his identity, told the South China Morning Post.

He said the national security officers would “have tea” with the news assistants now and then to “let us know that they are watching”.

[…] Another Chinese employee in the Beijing office of an overseas media company said she felt troubled by the frequent meetings with the national security authorities, which had influenced her private life.

“Of course [I] have worries. I also feel helpless,” she said, “Compared to foreign correspondents who might face the worse consequence of being kicked out of the country, we may lose more. [I could] often feel the fear in my heart.” [Source]

Chinese employees of foreign media covering politically sensitive topics have also been censored by their own agencies, as in the case of Su Yutong, who was fired by Deutsche Welle for her involvement in a debate over the Tiananmen democracy protests. Su has since called on the German broadcaster’s director general Peter Limbourg to raise the issue of press freedom in China. Recent media regulations have aimed to restrict contributions to foreign media, but reprisals against researchers and other workers had occurred long before the new rules’ introduction. Meanwhile, about three dozen people in mainland China have been detained in recent days for supporting the ongoing democracy demonstrations in Hong Kong.