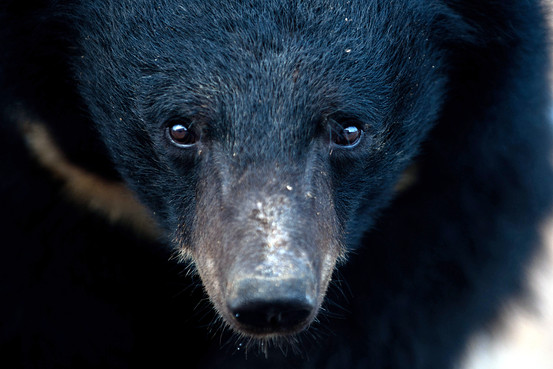 Efforts to eradicate the inhumane practice of bear bile harvesting have gained some traction in recent years as concern for animal rights rises among the public. Last week, a bear that became a symbol of the cause died in a Chengdu sanctuary, The New York Times’ Shaojie Huang reports:

[…] Oliver, as the group named him, was rescued in 2010 from a bear- bile farm in the northeastern province of Shandong, where he had spent 10 years. He had spent 20 years before that at another farm in the northeastern province of Jilin. During his decades in captivity, farmers inserted a tube into his gall bladder to harvest bile that sells for more than 100,000 renminbi a kilogram, or about $7,500 a pound, as an ingredient in traditional remedies for liver and other ailments

His dramatic journey to a new life — involving a 950-mile trip to Chengdu and emergency roadside surgery in a rainstorm — and the fact that he went on to live several more years beyond his expected life span — was captured in the documentary “Cages of Shame.”

Oliver suffered a spine abnormality and inflammation of his internal organs from the years of bile extraction, according to his veterinarian, Dr. Emily Drayton. Last Wednesday his condition deteriorated and a decision was made to euthanize him. [Source]

Read more about animal rights in China via CDT.