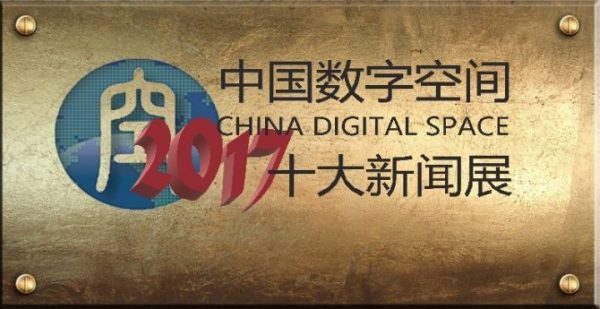 CDT Chinese editors selected their 10 top news stories of 2017, which were published on the website and China Digital Space wiki between 12/21 and 12/31. The stories chosen focus on tightening political control, the rapid escalation of censorship, the further encroachment of civil rights, and the challenges that faced civil society in China in 2017. The records of the China Digital Space collection are compiled as a time capsule. Each Chinese entry is summarized below. A list of related Chinese content from the CDT Chinese archives can be seen by clicking through to the original Chinese post.

Amid Xi Jinping’s ongoing campaign to reinforce ideological orthodoxy throughout the Party and greater society, an emphasis has been placed on promoting traditional Chinese culture. During this campaign, government agencies have been promoting traditional Chinese medicine with resources and policies favorable to the ancient practice, which has generated a lot of controversy among China’s educated population.

The dead body of 14-year-old Zhao Xin was found outside of his middle school in Lu county, Taifu, Sichuan in April. While police claimed that evidence ruled out homicide, rumors suggested Zhao had been bullied to death by classmates including children of local officials, and that previous bouts of bullying had been reported to police who did nothing. This contradiction prompted riots by hundreds of local residents. CDT translated an April 2 propaganda directive ordering all information about Zhao’s death offline.

Nationalistic sentiments were prominent in 2017. In March, South Korea began deployment of the THAAD anti-ballistic missile system, which prompted China to officially launch an anti-South Korea movement targeting the Korean economy. In May, University of Maryland graduate Yang Shuping, from Kunming, become the target of Chinese netizen scorn after she delivered a graduation speech praising the clean air, freedom, and democracy of the United States. In July, Chinese military action blockbuster “Wolf Warrior 2” (战狼2), set in a generic African nation and starring co-writer and -director Wu Jing, became the highest grossing Chinese box office hit ever just 12 days after its premiere. The film sparked patriotic fervor among the public, but also attracted a degree of criticism for the nationalistic themes it promoted: see CDT’s translation of the censored WeChat essay “Three Million at the Box Office in Praise of a Lie” by KōngxīnCǎidàn (空心彩蛋，ID: tianxinbabies).

In 2017, the CCP furthered its attempts to export “Celestial Empirism” to the international community, pushing its international relations strategies, interpretation of the rule of law, “internet management” philosophy, and information control standards. For example, Beijing convened its “Belt and Road Summit” and Fourth World Internet Conference, asked overseas academic journals to censor certain articles from view by Chinese web users, and required Apple to remove VPNs from its China store and to open a China-based data center to comply with the new Cybersecurity Law. The doctrine of “Celestial Empirism” reflects the more assertive global strategy of the Xi Jinping era.

In 2017, the CCP furthered their use of both cloud and digital surveillance technologies, leading some observers to put forward the concept of “digital totalitarianism,” “big data monitoring,” and “information totalitarianism.” The CCP is strengthening its monitoring technologies—for example implementing facial recognition technology in large cities, building a national DNA database that uses controversial collection methods, compiling a biometric database in Xinjiang, refining its capabilities to monitor content on platforms such as WeChat, and developing more complex public opinion analysis systems; while at the same time reinforcing control on access to forbidden overseas content through a crackdown on VPN services.

Number 5: A New Season of Songs of Praise (颂歌新赛季)

In 2017, the growing personal power of Xi Jinping was made official at the 19th Party Congress. As Xi’s personal power grew over the year, his personality cult was likewise gradually strengthened. On the China Digital Times Chinese-language website, editors have compiled new content representing the cult surrounding Xi’s personality under the series title “New Season of Songs of Praise,” (颂歌新赛季). For English coverage and select related translations, see also the CDT English tag page for Xi Jinping’s image crafting campaign.

2017 saw several reports of abuse at childcare facilities in China. Alleged incidents at the Red Yellow Blue kindergarten in Chaoyang, Beijing, and others at a Ctrip-operated daycare facility in Shanghai, caused enormous public outrage, and were the subjects of several leaked censorship directives translated by CDT. Following the RYB incident, netizens mocked an official explanation as to why the facility’s surveillance camera didn’t catch the alleged abuse—that a hard drive containing potential video evidence had been damaged due to repeated improper shut downs, and no surviving footage showed signs of mistreatment. The official explanation, which web users suspected was constructed to conveniently erase damaging evidence, led to the creation of the term “hard-drive surnamed Party.”

In early 2017, Chinese businessman with close state security ties Guo Wengui began to release continuous YouTube streams and media interviews containing allegations against top Chinese officials, media, and business personalities. Guo’s exposes, levied from his $67 million perch over Manhattan, have provided a potential glimpse into the heavily-fortified black box that is elite Chinese politics. They have attracted a large  number of online fans who see an unlikely hero with extraordinary personal courage, and have also won the exiled businessman much official scorn from Beijing.

Following a deadly fire in a textile manufacturing district in southern Beijing on November 18, authorities launched a 40-day crackdown on unsafe dwellings and immediately issued censorship directives ordering Chinese media to follow official coverage of the fire. The ongoing crackdown has resulted in eviction for tens of thousands of migrant workers in the city, which according to the South China Morning Post, “sharply accelerated the authorities’ drive to move migrant workers out of the city as it tries to cap population growth.” While middle class renters have also been caught up in the evictions, the disproportionate number of migrants affected by the campaign has stoked public outrage. While discussing the migrants impacted by the safety drive, netizens recalled usage of the term “low-end population” in statements and media reports, criticizing the government for an unjust approach to migrant laborers long seen in policy and demonstrated by the term’s usage. A Chinese report from the BBC noted that official Chinese media began using the term in late 2010, continuing to use it when quoting experts on how policy efforts to slow down population growth were driving the “low-end population” out of the cities.

Nobel Peace Prize laureate and high-profile political prisoner Liu Xiaobo died of complications related to late-stage liver cancer while undergoing treatment in official custody. Liu had been in detention since shortly after his work helping to draft the Charter 08 manifesto, and was given an 11-year sentence for “inciting subversion of state power” on Christmas day 2009. His fatal health situation and medical parole were ordered off limits by censors in June. News of his death in July was also carefully controlled. Beijing attracted much international criticism for not allowing Liu to go abroad for medical treatment, and also for their continuing surveillance and effective house arrest of his widow Liu Xia, whose mental and physical health is a cause of concern for friends and supporters.

See also CDT Editors’ Picks: The Best of 2017, or CDT’s month-by-month recap of censorship directives in 2017.