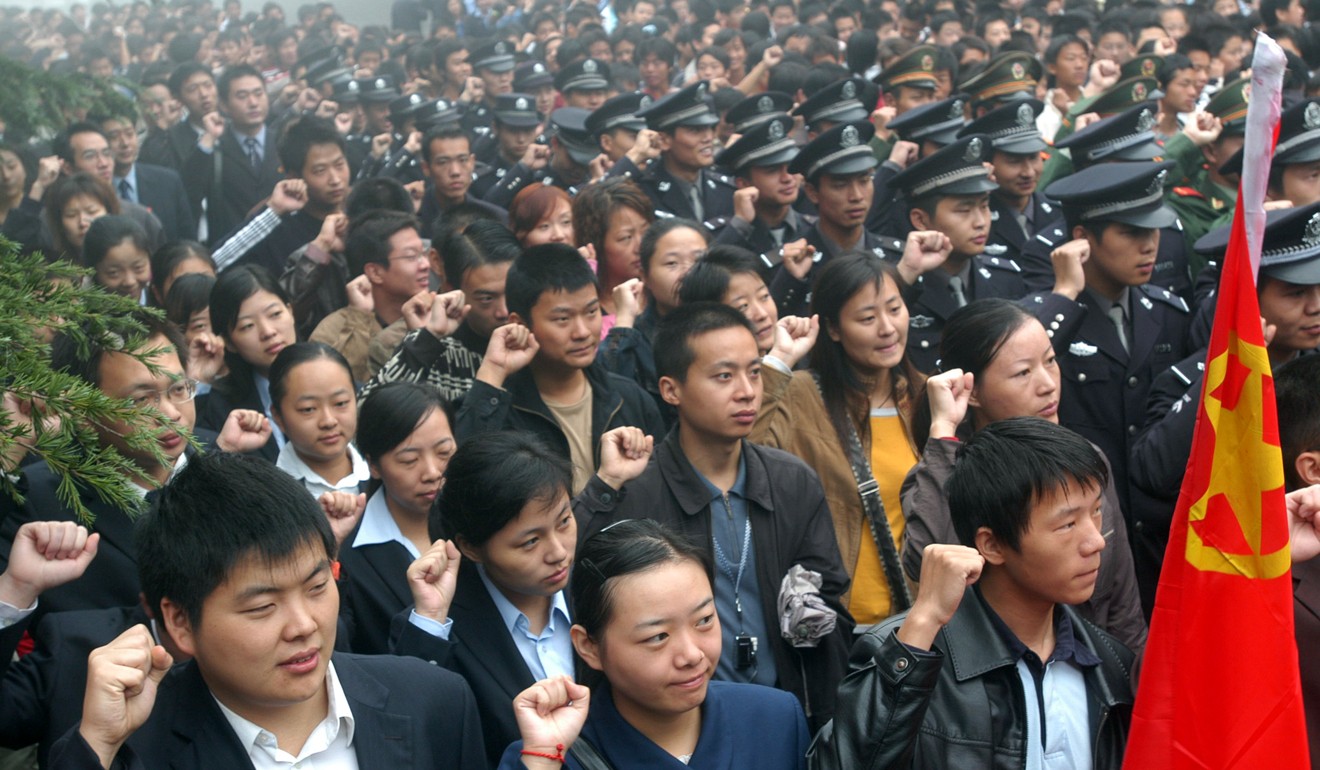 The Chinese government has always made painstaking efforts to keep popular ideology in line with the Party, especially for the younger generations. In recent years, the official grip over young minds has loosened for many reasons, including the prevalence of the internet, the dominance of western media and pop culture, and the rising awareness of circumvention tools. All of these factors have made it increasingly difficult to meet the goals of a recent official campaign to “ward off Western influence” in education. In response, the Party has been struggling to ensure that its ideology is passed on to the younger generation. Te-Ping Chen from The Wall Street Journal wrote about how China has stepped up to tighten the ideological control among college students:

In a drumbeat that has accelerated ahead of October’s twice-a-decade Party Congress, President Xi Jinping’s campaign to rein in civil society, online media and speech has extended to the classroom.

Top universities seen as insufficiently rigorous in their ideological work are being shamed. Professors who speak out are punished. The government is sending observers to nearly 2,600 universities to monitor mandatory ideology classes, which include staples like “Mao Zedong thought.”

[…] Since the 1989 Tiananmen Square protests, the party has kept colleges on a tight leash, fearing a reprise of student-led demonstrations. Nevertheless, there had been some room to deal with sensitive topics in the classroom. Under Mr. Xi, that narrow space is closing.

Universities have been the traditional “battlefield” of ideological control, through control over the curriculum, compulsory bootcamps, and tightening oversight of staff ideology. However, the Chinese government under Xi has pivoted the traditional tactics and started to appeal to the influence of popular culture. Pei Li and Tony Monroe from Reuters interviewed a Chinese rap group and explained how China taps youth culture to hook millennial cadres:

In his baseball cap and baggy yellow t-shirt, the rap star Li Yijie – better known by his stage name “Pissy” – is an unlikely face of China’s strait-laced ruling Communist Party.

His group, Tianfu Shibian, has won fans and the support of the party’s youth league with songs like “Force of Red” and “This is China” that chime with President Xi Jinping’s nationalist vision of China and its place in the world.

[…] The party’s modernizing push also comes as a significant number of educated Chinese millennials, faced with a tough job market and high housing costs in big cities, have grown disillusioned about their career and life prospects.

[…] Last month, U.S. organizers aiming to bring Grammy Award artists to China said they would only “promote artists with a positive and healthy image.” […] [Source]

Amid the ideological struggle over China’s youth, the Communist Youth League has suffered a decline under Xi. Formerly a powerful political faction, the CYL had promoted a number of top national leaders including Xi’s predecessor Hu Jintao. An article by Nectar Gan of the South China Morning Post looks at the reasons for its decline:

A new book of President Xi Jinping’s remarks on the youth wing of the Communist Party – many of which have been made public for the first time – may shed some light on the decline of this once influential faction in Chinese politics.

[…] The book – a collection of some 40 speeches and edicts made by Xi – offers insight into the president’s thinking about the youth league, which was once the cradle for promising young cadres and future political high-fliers.

[…] The youth league was excoriated by party discipline inspectors in early 2016 for its self-serving attitude, with some cadres accused of seeing themselves as “political aristocrats”. Six months later, it underwent a shake-up aimed at shrinking its central leadership and reconnecting with the country’s youth.

[…] Xi also found it problematic that the faction, which was supposed to be a bridge between the party and young people, had “fallen out of step with the times” and was failing to do its job. […] [Source]

Read more about changes at the CYL under Xi, via CDT.