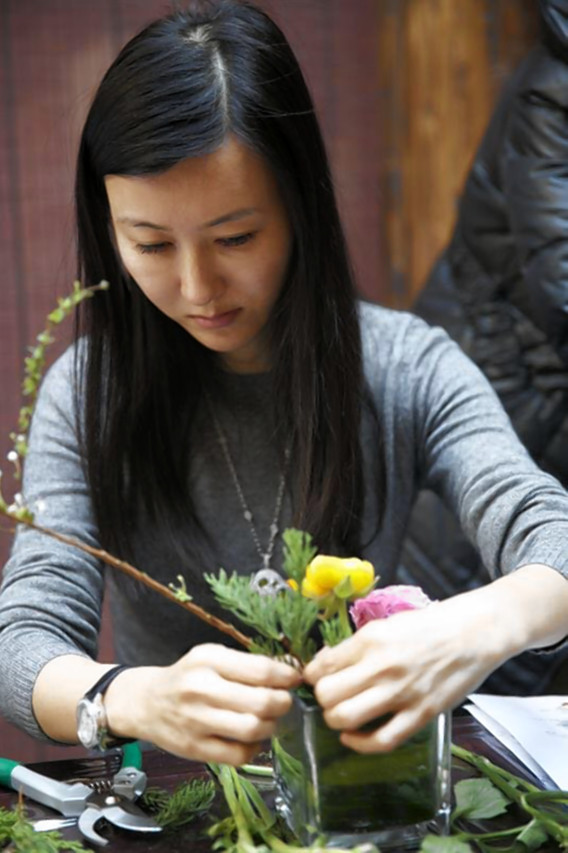 The Wall Street Journal’s Wei Gu reports that some of China’s wealthy increasingly favor spiritual and cultural pursuits, with enrollment in courses on subjects like traditional philosophy climbing as that for MBAs falters:

Over the upcoming Lunar New Year holiday, some of these people are traveling as far as Hawaii for life-coaching classes or chilling out in a Buddhism-themed hotel in Putuo Mountain, a pilgrimage site near Shanghai. They are choosing tea ceremonies and vegetarian meals over partying and bargain hunting,

“We live in a society that is devoid of faith,” said Zheng Zhaoli, vice dean at the School of Philosophy at Fudan University. “Chinese people don’t have their own religion, that’s why many dedicate their pursuits to study of philosophy and literature.

[…] China has the world’s biggest population of atheists. Yet half of Chinese people who have more than $1 million in assets practice some sort of religion, with 30% claiming they are Buddhist, followed by Christians (7%), and Muslims (3%), according to a report by Hurun, which tracks Chinese wealth. For those with $5 million in assets, 60% say they are religious, even though they don’t necessarily practice strictly. [Source]

Famously, the rich in China are hardly turning their backs on the material world. But the son of a near-billionaire manufacturing magnate suggested in a recent GQ feature on China’s “Bling Dynasty” that their indulgence is somewhat mechanical: “We are learning the consumption life. Nobody knows what to do when they become rich, so they just buy things mindlessly.” Western businesses’ efforts to coax them into purchases such as superyachts have often come adrift. For many, real estate abroad is more tempting, bought either as an investment, a new home, or a Plan B. According to a Sohu Business infographic translated at ChinaFile, 33% of Chinese worth US$16 million or more have already emigrated, while 64% of the country’s millionaires either have emigrated or plan to do so.

China’s religious resurgence is not, to the Party’s unease, restricted to the rich. Read more on dissatisfied Chinese turning to Mao, Jesus, Tibet, or Australia, via CDT.