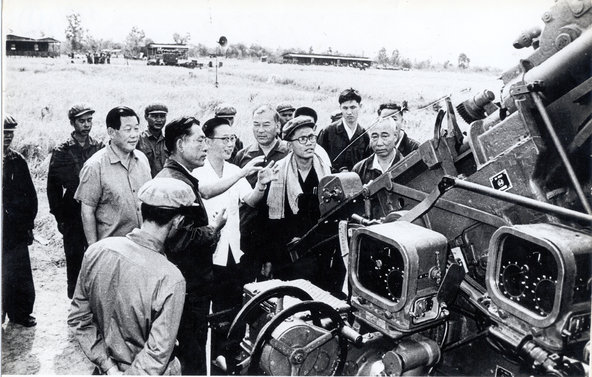 While the Chinese government is known to gloss over many unflattering occurrences in modern history in order to safeguard Party legitimacy, Beijing also frequently launches criticism at Tokyo for refusing to “face up to the past.”  As China renews the call for Tokyo to own up to its World War II aggression ahead of a planned parade celebrating the 70th anniversary of Japan’s surrender, a report from Dan Levin at The New York Times looks at critique of China’s state-sponsored amnesia regarding past blunders—domestic and international:

“The Chinese government propagandizes the parts which it finds useful while ignoring aspects that could draw criticism,” said Zhang Lifan, a prominent historian who has sought to illuminate the party’s selective approach to its history, which is enforced through media censorship and book-publishing bans.

[…T]he Chinese government has been just as adamant in rejecting any parallels between Tokyo’s revisionist tendencies and its own refusal to acknowledge the tragedies that scar the nation’s recent past. “They are like wind, horse and cow, completely unrelated,” the Chinese Ministry of Foreign Affairs wrote in response to faxed questions.

But in Cambodia, a small band of historians has been clamoring for Beijing to acknowledge its role in one of the worst genocides in recent history.

In the 1970s, Mao wanted a client state in the developing world to match the Cold War influence of the United States and the Soviet Union. He found it in neighboring Cambodia. “To regard itself as rising power, China needed that type of accessory,” Andrew Mertha, author of “Brothers in Arms: China’s Aid to the Khmer Rouge, 1975-1979,” said in an interview.

[…] “Without China’s assistance, the Khmer Rouge regime would not have lasted a week,” he said. […] [Source]

Read more on diplomatic relations with Japan and Cambodia, historical revisionism, or PRC history—including coverage of novelists and clandestine historians working to keep a memory of unsanctioned history alive.