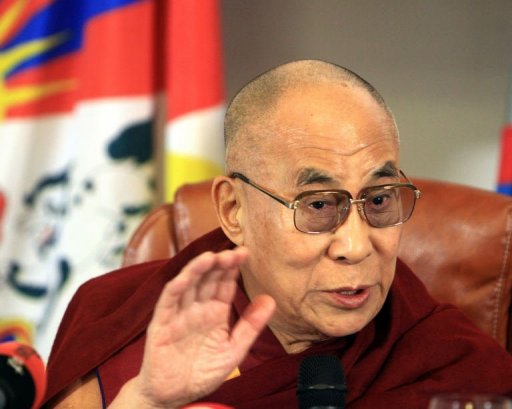 The relationship between the 14th Dalai Lama and Beijing has been rocky since the spiritual leader fled Tibet in 1959 after a failed uprising against Chinese rule. While initially holding the goal of full Tibetan independence, the Dalai Lama adopted a “middle way” approach in the early 1970s, which he states only seeks greater cultural autonomy and ethnic coexistence within Tibetan areas of China; Beijing rejects that this is his true aim, and continues to label him a “separatist.” Between 2002 and 2010, the most recent series of negotiations between representatives of the Dalai Lama and the CCP were held with no notable progress. Last year, the Dalai Lama praised Xi Jinping as “more open-minded” than his predecessors, and hinted in October of last year that informal discussions concerning a pilgrimage to China were under way—which Beijing quickly dismissed as an impossibility. Now, Beijing has released in Chinese and English a lengthy white paper praising central policies in Tibet, reiterating the interpretation of history that legitimizes Chinese sovereignty, dismissing the possibility of resuming talks as “an illusion,” and accusing the Dalai Lama of misunderstanding the situation in Tibet and harboring separatist goals. At Reuters, Ben Blanchard summarizes the main points of the paper:

[…] In a lengthy white paper released by the official Xinhua news agency, the government said that having failed to use violence to achieve their goals, the Dalai Lama and his supporters had little understanding of modern Tibet and “a sentimental attachment to the old theocratic feudal serfdom”.

“The only sensible alternative is for the Dalai Lama and his supporters to accept that Tibet has been part of China since antiquity, to abandon their goals of dividing China and seeking independence for Tibet,” it said.

“The central government hopes that the Dalai Lama will put aside his illusions in his remaining years and face up to reality,” the government said in the white paper, released in both English and Chinese.

Beijing has been disappointed that the Dalai Lama remains committed to the Middle Way – which he says merely seeks genuine autonomy for the Himalayan region – and this is something China cannot accept as its real goal is still independence, it added.

[…] The Dalai Lama denies espousing violence and says he only wants genuine autonomy for Tibet, though China has repeatedly said he is insincere. [Source]

As the report was made public, Xinhua published a series of related English-language reports: one outlining the report’s main points, another focused on how an end of  “the theocratic feudal serfdom in Tibet was a historical inevitability,” another characterizing the Dalai Lama’s “middle way” as “weasel words for a strategy designed to bring about the disintegration of China,” and yet another accusing the Dalai Lama of encouraging the wave of 138 self-immolations by Tibetans since 2009. The most recent self-immolation, carried out by a 42-year old nun, occurred near a monastery in Sichuan province last week. The Dalai Lama has remained largely silent on the self-immolations, saying that he has little choice: “This is very, very sensitive political issue. Whatever I say the Chinese hardliners always manipulate.”

A thorough regional and timeline analysis of Tibetan self-immolations was recently published on the Tibet Data GitHub page. The project’s hosting on GitHub ensures its accessibility within China: the codesharing site is too important to China’s tech sector to block entirely, and cannot be censored selectively because of https encryption. China unsuccessfully tried to escape this deadlock last month using a new cyberweapon, the “Great Cannon.”

In recent weeks, the top Party official for the Tibet Autonomous Region has called on temples and monasteries to aid in spreading Party propaganda, and has also vowed to enact patriotism evaluations among the Tibetan monastic community. Also recently, advocacy group the International Campaign for Tibet translated a Party directive from last year which could prove that a policy to incite sectarianism by promoting a controversial deity exists.

While the white paper and state media laud existing policy in Tibetan regions and accuse the Dalai Lama of encouraging violence to achieve his goals, a post from Kevin Holden at The Diplomat reports on documents soon to be reviewed in a UN hearing that could prove Chinese authorities have persistently opened fire on Tibetan protesters:

Evidence of deadly attacks by the Chinese paramilitary on Buddhist demonstrators across the Tibetan Plateau – provided by witnesses, whistleblowers, and a secret government document smuggled out of Tibet – will be presented to the UN’s Committee against Torture later this year.

International human rights groups, working with figures inside Tibet who aim to expose these killings internationally, will gather in Geneva in November for the UN hearing.

“The usage of live ammunition against peaceful Tibetan protestors does exist and it is also disproportionate,” Prime Minister Lobsang Sangay, the head of Tibet’s government-in-exile, told The Diplomat. “This is clearly in violation of international law,” said the prime minister, a former research fellow at prestigious Harvard Law School who wrote his graduate thesis on Buddhism and Human Rights.

Tsering Tsomo, executive director of the Tibetan Center for Human Rights and Democracy, described the serial shootings of Tibetan protesters as “crimes against humanity.” She said the rights center has amassed powerful evidence that Chinese armed police consistently use overwhelming force to crush pacifist dissent in the former Buddhist kingdom. […] [Source]

In 2012, the Dalai Lama ceded political power over the exiled Central Tibetan Authority to democratically elected Sikyong Lobsang Sangay, but he remains the highest spiritual authority in Tibetan Buddhism and the de facto global ambassador for Tibetan autonomy. In past months, the 80-year-old spiritual leader has repeatedly suggested that he may not reincarnate—an obvious move to politically disarm Beijing, who will likely try to appoint his successor. State media then criticized the Dalai Lama for “abusing his religious influence for political purposes,” and the governor of the Tibet Autonomous Region said he was “profaning” Buddhism.” In their analysis, The Economist wrote (via CDT), “The great mystery about China’s policy is why it seems to have decided that its best hope lies with the next Dalai Lama, not this one. Unlike many Tibetans, he has accepted Chinese sovereignty. He has used his enormous prestige to urge Tibetans to refrain from violent resistance.”