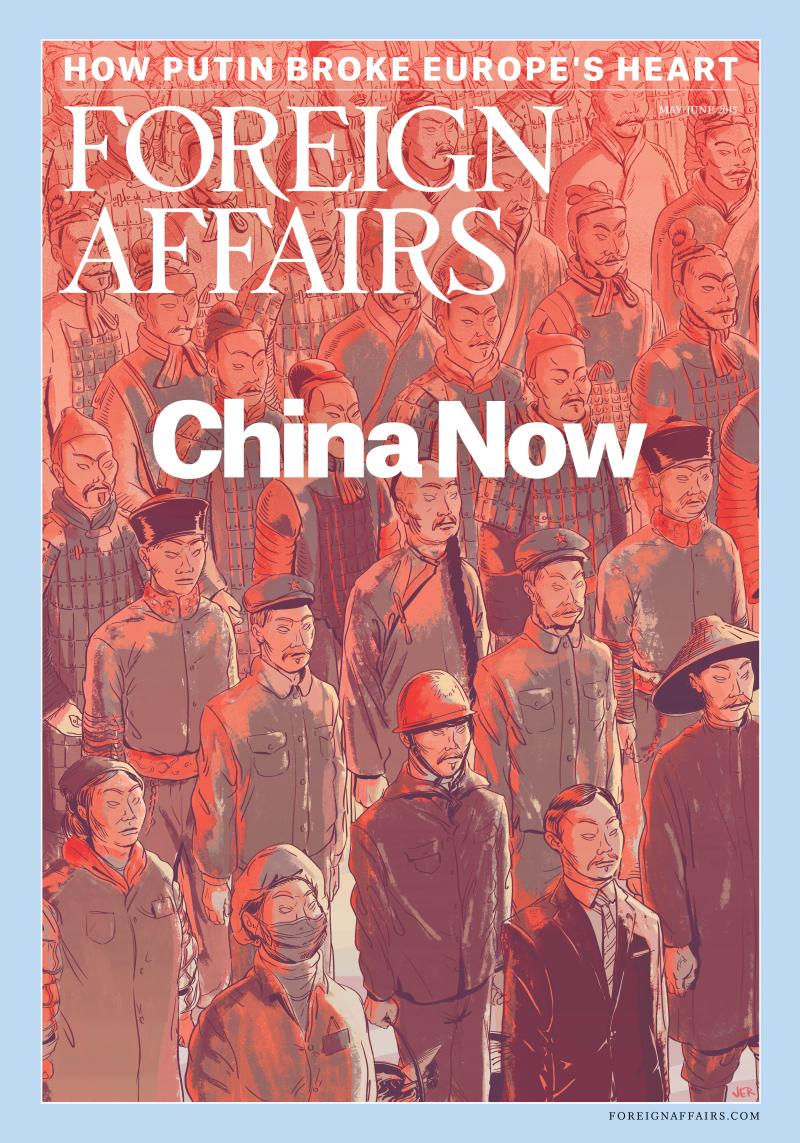 There is plenty of evidence here to support the view that China’s next decade will be a turbulent one: that the anti­corruption campaign, adopted as a sort of strong medicine to cure the communist regime’s ills, will in fact only hasten the patient’s demise, by heightening the contradictions within the elite.

But there is also evidence to support the view that the regime may be able to muddle through for quite a while. Xi and his government have plenty of assets as well as liabilities, including support from the mass public and key elite factions, vast foreign exchange reserves, a protected currency, control of the banking system, smart technocrats, a large real economy, and the absence of any significant opposition movement. [Source]

One article by “Youwei”—”a pseudonym for a scholar based in China”—contemplates “the end of reform in China,” as “authoritarian adaptation hits a wall”:

Since the start of its post-Mao reforms in the late 1970s, the communist regime in China has repeatedly defied predictions of its impending demise. The key to its success lies in what one might call “authoritarian adaptation”—the use of policy reforms to substitute for fundamental institutional change. Under Deng Xiaoping, this meant reforming agriculture and unleashing entrepreneurship. Under Jiang Zemin, it meant officially enshrining a market economy, reforming state-owned enterprises, and joining the World Trade Organization. Under Hu Jintao and Wen Jiabao, it meant reforming social security. Many expect yet another round of sweeping reforms under Xi Jinping—but they may be disappointed.

The need for further reforms still exists, due to widespread corruption, rising inequality, slowing growth, and environmental problems. But the era of authoritarian adaptation is reaching its end, because there is not much potential for further evolution within China’s current authoritarian framework. A self-strengthening equilibrium of stagnation is being formed, which will be hard to break without some major economic, social, or international shock.

[… The …] most likely future, at least in the short term, is a continuation of the status quo. Whatever problems it has, the regime’s current model of “socialism with Chinese characteristics” is not exhausted. From demographics to urbanization to globalization to the revolution in information technology, the structural factors that have facilitated China’s rise are still present and will continue to operate for some years to come, and the regime can continue to benefit from them.

The possibility that the Party’s adaptibility might be approaching its limits was the subject of contention in March, after U.S. China scholar David Shambaugh wrote at The Wall Street Journal that “the endgame of Chinese communist rule has now begun.” Perry Link also addresses it in an exploration of Chinese ideology and identity in the Foreign Affairs special:

The key questions today are whether the Communist Party’s project to revive Chinese-style authoritarianism in modern clothing will succeed and, if so, what its effects will be—both on China and on the world at large. Taking both global and local history into account, one would have to bet against success; despite occasional setbacks, the long-term trend toward greater popular participation in politics seems clear. But the Chinese government has pulled off unexpected successes in many areas in recent decades, so it could surprise here as well. If it does—if it can engineer its retrograde political vision at home and export authoritarianism abroad—both China and the world will suffer, left waiting for a vision of Chinese identity more suitable for the present age. [Source]

Also in the special issue are articles by Hu Angang on “Embracing China’s ‘New Normal’,” Zhiwu Chen on “China’s Dangerous Debt,” Baozhen Luo on whether “China Will Get Rich Before It Grows Old,” James Leung on “Xi’s Corruption Crackdown,” and Gray Tuttle on “China’s Race Problem” (a piece previously featured at CDT).