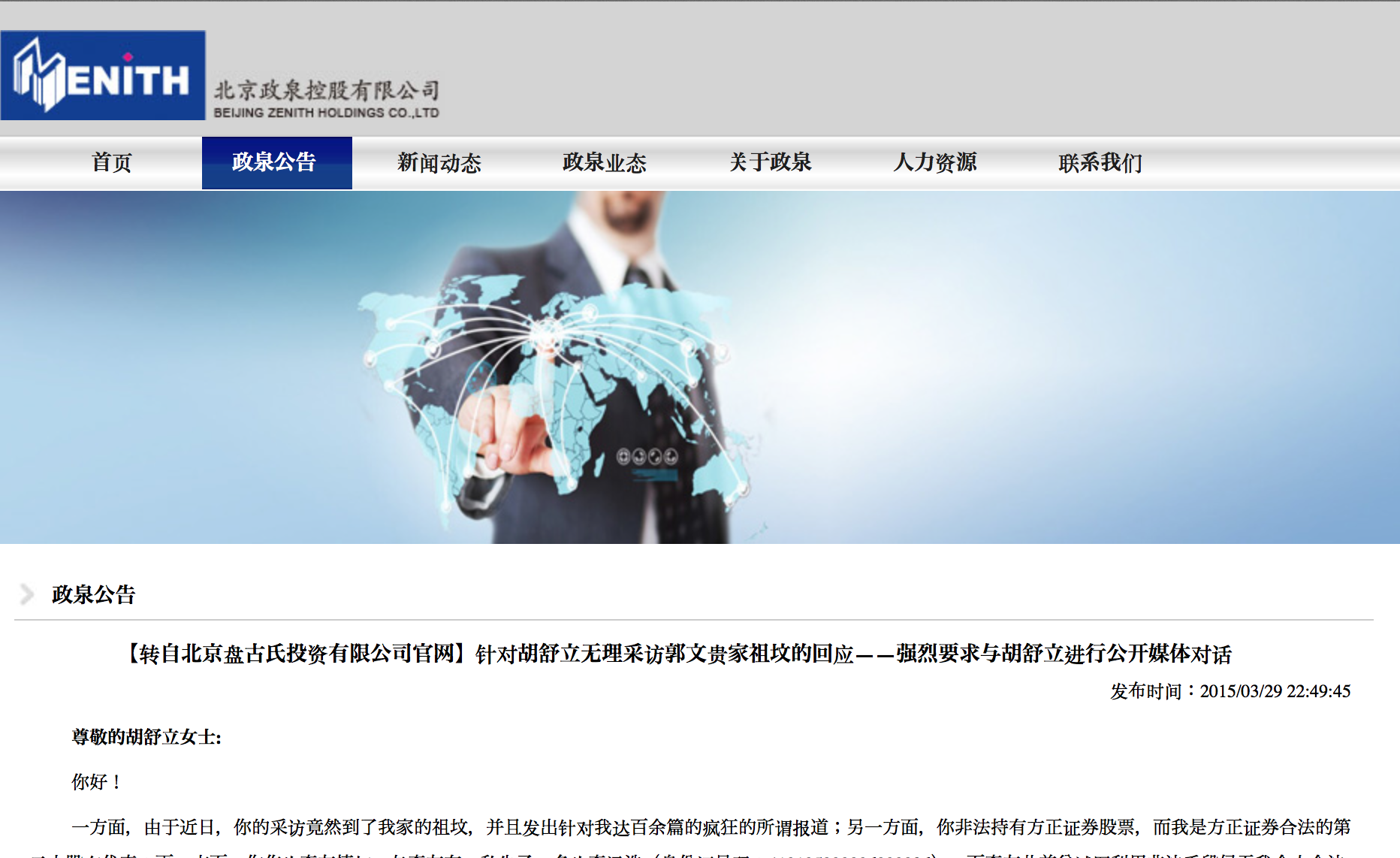 Find and delete the article published by Beijing Pangu Investment titled “Response to Hu Shuli’s Unjustifiable Visit to Guo Wengui’s Family Grave.” The media must not republish or hype the article. (April 1, 2015) [Chinese]

Caixin published a lengthy report last week accusing tycoon Guo Wengui of bringing down Beijing’s vice mayor with the help of former deputy minister of state security Ma Jian in a property dispute between Guo’s company, Beijing Zenith Holdings, and the state-owned Founder Group. Guo, the controlling shareholder of Zenith and Beijing Pangu Investment, fired back with an open letter to Caixin editor Hu Shuli, accusing her of illegal possession of Founder securities and stock, having an affair with former Founder chief Li You, and sending reporters to “visit the family grave” of Guo to investigate his deceased relatives. Caixin is now suing Guo Wengui, Zenith, and the Hong Kong newspapers Apple Daily and Hong Kong Commercial Daily for libel.

The official Weibo account of Pangu Plaza, the real estate project at the center of the scandal, posted Guo’s open letter to Hu on Monday. The post was deleted by Sina, according to the archive of FreeWeibo. Today, Pangu Plaza posted to Weibo about the “repeated blocking” of the open letter. “Our company has complained to the relevant departments. If our normal channels of communication are blocked, we will pursue all legal channels to protect our lawful rights and interests.” The letter is still up on the Zenith website.

Editor’s Note: The second directive which originally appeared in this post has now been posted separately (here).