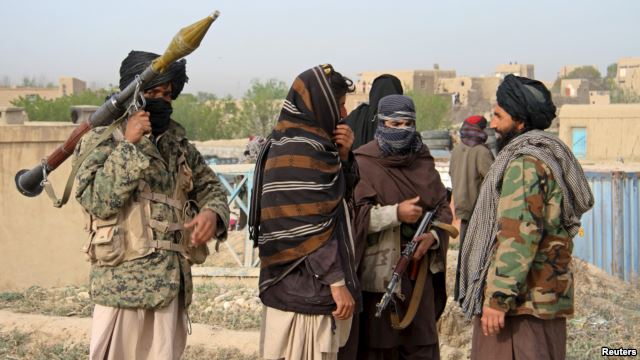 Since 2012, China has been slowly but steadily increasing diplomatic engagement with Afghanistan—a strategy with important economic and security implications. After reports early this year that Beijing was exploring the possibility of acting as a peacemaker in Afghanistan, the Wall Street Journal’s Margherita Stancati reports that former Taliban officials met with an Afghan peace envoy last week in Urumqi, Xinjiang to discuss preconditions for launching a peace process:

The two-day meeting, which took place in the northwestern Chinese city of Urumqi, was aimed at discussing preconditions for a possible peace process, the people said.

[…] The meeting was significant for another reason: It was facilitated by Pakistan’s intelligence agency in an apparent show of goodwill aimed at a negotiated solution to the insurgency.

People familiar with the meeting said Chinese officials and representatives of Pakistan’s spy agency—the Inter-Services Intelligence directorate, or ISI—also attended the May 19-20 talks in Urumqi, the capital of China’s western Xinjiang region.

[…] Members of Afghanistan’s peace-negotiating body frequently hold informal meetings with the Taliban, but such high-level interactions are unusual.

The meetings in Urumqi come after a months long diplomatic outreach led by Afghan President Ashraf Ghani to reset ties with Pakistan after years of frosty relations, in a bid to revive talks aimed at ending Afghanistan’s 13-year war. […] [Source]

Voice of America reports that the Taliban issued a statement on Sunday denying participation in the Urumqi meeting:

Afghanistan’s Taliban has rejected reports that its officials traveled to China last week and held talks with Kabul’s peace envoys.

[…] “We strongly reject these rumors. The enemy wants to raise the spirits of its morale-lacking security personnel with such propaganda,” Taliban spokesman Zabihullah Mujahid said in a statement emailed to VOA Monday morning. [Source]

Denials are standard after news about meetings between Afghan and Taliban officials, but earlier this month neither side denied reports on a talk in Qatar. At The New York Times, Edward Wong and Mujib Mashal report that the Taliban representatives allegedly in Urumqi were not official delegates of the Afghan Taliban, and are believed to live in Pakistan and have close ties with the intelligence community there. The Times report goes on to relay a nebulous statement from the Chinese foreign ministry on the reported meetings, and commentary from a Chinese expert on how China’s brokering fits into Beijing’s commitment to noninterference:

“I am not aware of the situation you mentioned,” the spokeswoman, Hua Chunying, said at a regularly scheduled news conference in Beijing. “As a friendly neighbor of Afghanistan, China highly values developing China-Afghanistan relations and hopes that Afghanistan will achieve enduring peace, stability and development at an early date.”

Li Xin, the head of the Center for Russia and Central Asian Studies at the Shanghai Institute for International Studies, said: “China simply provided them a place to talk, in a bid to stabilize the situation in Afghanistan. It is normal, since both sides find it difficult to meet face to face in their own country. It is more convenient for them to negotiate on the territory of a third party that can mediate the disputes.”

Mr. Li added: “China still upholds its noninterference principle, but it intends to play a much bigger role in stabilizing its western border as the situation deteriorates. Military intervention is not an option for China, so it can only push for talks among all parties to realize regional peace.” [Source]

At The Nanfang, Charles Liu reports that a group allied with the Taliban has claimed responsibility for the kidnapping of a Chinese national last May:

The Chinese embassy in Pakistan is currently attempting to verify the identity of a man claimed by Taliban-allied fighters to be a kidnapped Chinese national.

A video released by a Taliban splinter group called Jaish al-Hadeed (the “Contingent of Steel”) on Sunday shows a man that strongly resembles Hong Xudong, a Chinese man kidnapped in Pakistan on May 19, 2014.

In the video, the man asks the Chinese government to help secure his release.

After having crossed into Pakistan from India in April 2014, Hong was last known to be in Daraban on the outskirts of the Dera Ismail Khan district, an area that Pakistani authorities ban foreigners from entering due to safety concerns. Local police recovered Hong’s passport, bicycle, and belongings. [Source]

In response to an upswing in violence in Xinjiang and elsewhere in China in recent years, Beijing is currently engaged in a controversial crackdown on terrorism. While critics and Uyghur-rights activists blame Beijing’s increasingly repressive policies in Xinjiang for rising dissent and violence in the region, authorities blame encroaching influence from militant Islamist groups abroad.